Everyone has an opinion over the greatest museum in the world: Paris’ Louvre, New York’s Metropolitan, or whichever favorite you want to champion. Hands down, however, nobody can argue that the one national museum that embodies its nation’s history, culture, and soul best is The Hermitage in Saint Petersburg, Russia. In My Hermitage: How the Hermitage Survived Tsars, Wars, and Revolutions to Become the Greatest Museum in the World, Mikhail Borisovich Piotrovsky, current Hermitage director (and son of a previous director), tells the story of how Russian history and Hermitage history intersect to create a stunning visual record of a people that’s become the envy of every other nation on earth. 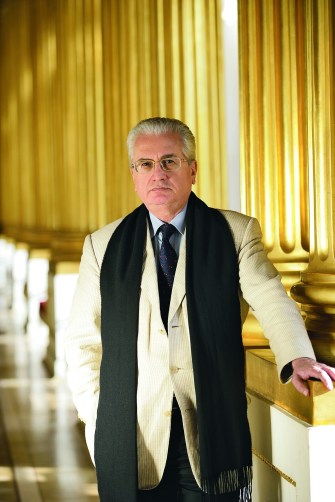 Piotrovsky (shown above) expresses his pride in The Hermitage throughout. “All Russian citizens are entitled to call it ‘my Hermitage,’” he writes. “And so we do.” Once the home and collection of the tsars who ruled Russia, The Hermitage now fully belongs to the Russian people after the upheavals of the 20th century — the Russian Revolution, World War II, and the Fall of Communism. Piotrovsky literally grew up in The Hermitage while his father served as director from 1964 to his death in 1990, when Mikhail took over that role. Because of that personal connection, Piotrovsky well understands the emotional hold The Hermitage has. “Such emotions are related to the fact that the Hermitage is an unalienable part of Russian history, a sign of Russia’s character and achievement, and a symbol of its openness,” he explains. “My Hermitage is everyone’s Hermitage.” Through My Hermitage, you’ll feel it’s your Hermitage, too. 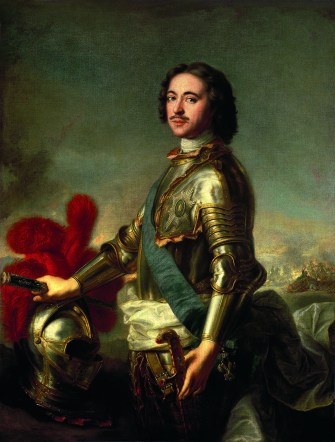 Catherine the Great imagined The Hermitage as a refuge, a place where rank, revenge, and rhetoric were left at the door. Catherine spent freely on exotic objects and artwork from around the world to add to the atmosphere of serious amusement. Before the Napoleonic Wars threw France and Russia into conflict, the French sought to model their then-work-in-progress Louvre on The Hermitage. Before Catherine the Great came Peter the Great (shown above), who started much of the Hermitage’s collection, most notably the Taurida Venus, an ancient Greek statue the tsar negotiated out of Rome from the pope’s clutches and installed in a special grotto for public viewing. “This was a culture shock greater than being forced to wear European garb and be clean-shaven, Peter’s other Europeanizing innovations,” Piotrovsky writes. “A three-dimensional nude figure of a pagan goddess violated every possible Russian tradition.” Thus, Piotrovsky argues, “Peter inculcated a new order through enforced aesthetics.” Even from its tsarist beginnings, The Hermitage was about globalizing, openness, and breaking boundaries. 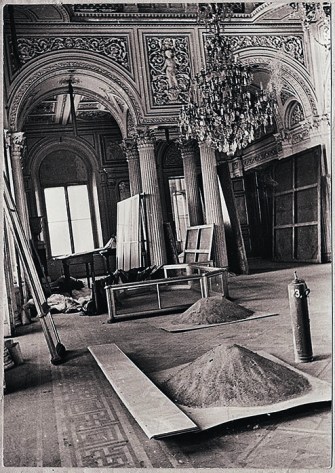 Unfortunately, The Hermitage hasn’t always been so open. Part of that guardedness comes in response to what Piotrovsky calls the three great evacuations: from Napoleon Bonaparte, from the October Revolution, and from Adolf Hitler. The Hermitage heroically soldiered on during the “Siege of Leningrad” (the Soviet-era name for St. Petersburg) despite heavy damage (shown above). “As compensation for German war damages and plans to destroy the city,” Piotrovsky explains, “The Hermitage became one of the buyers of ‘displaced’ cultural objects.” In a balanced, nuanced argument, Piotrovsky defends the museum’s post-war actions: “Compensatory restitution was justified for Russia. We believe we have nothing of which to be ashamed and we owe nothing to anyone.”

Piotrovsky, however, takes the restitution argument further by adding, “However, we live in a completely different world now.” Thus, Russia can owe nothing, yet can also see the way clear to returning certain works. “In this realm, Russia was guilty of one sin only,” Piotrovsky admits. “Art was hidden from the people for decades.” The 1995 exhibition Unknown Masterpieces showed some works to the public for the first time ever, drawing an international audience and setting an international standard for post-war, post-nationalist openness while retaining the museum’s national pride and identity. 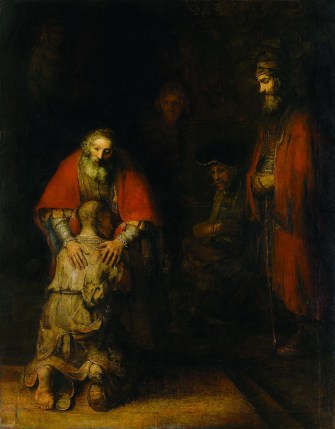 Because of that checkered post-war history, The Hermitage is in many ways the “prodigal son” of the modern museum world — the beginning returned to the fold to point (perhaps) to the future. “In the post-Soviet period,” Piotrovsky confesses, “The Hermitage became an important symbol for the world of either — depending on your point of view — the collapse or the renaissance of Russia.” What makes The Hermitage still relevant and important is its long history of rebirths — the resilience and curiosity that allowed artists such as Rembrandt Harmensz van Rijn (whose The Return of the Prodigal Son appears above) and Caspar David Friedrich to find a receptive audience in Russia when even their native countries dismissed their art. Likewise, the history of modern art would be much different if not for the support and serious study of Russian collectors and curators of Henri Matisse, Pablo Picasso, and others when Western civilization struggled to understand and appreciate those artists. 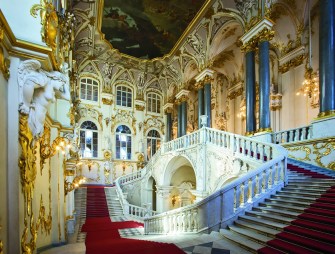 But as much as the verbal story Piotrovsky paints captures you, the visuals of My Hermitage continually remind you of the encyclopedic collection housed there. This beautiful, lavishly illustrated book hints at the opulence of the setting of that collection as well with images of the Main (Jordan) Staircase in the Winter Palace (shown above). For some, these reminders of the tsarist past jar with their decadence, but I saw them as the most appropriate setting for the art — a literal, almost limitless palace of human imagination. I found myself flipping back and forth while reading the text to immerse myself over and over in the images. I may never get to Russia, but My Hermitage lets me imagine I have. 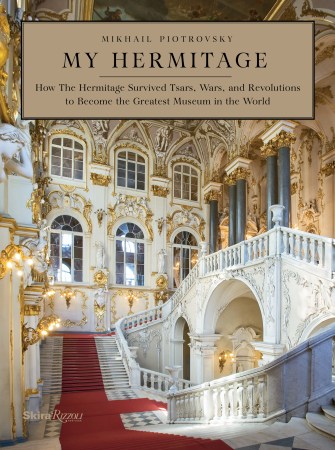 Cognitive fatigue results from thinking too hard and long. Neuroscientists now believe they know why this occurs.
The Future

Short-termism is both rooted in our most primal instincts and encouraged by runaway technological development. How can we fight it?
Up Next
Personal Growth

Rick Warren: Paris Happened Because We’re at War with God

The author of The Purpose Driven Life has a theory about why Paris happened: We haven’t accepted Jesus.