The sad story of Harambe, a 1-year-old silverback gorilla killed at the Cincinnati Zoo back in May brings into focus the value—and morality—of zoos. After a three-year old boy wandered into Harambe’s enclosure, the gorilla was shot dead to “rescue” the boy. Heartbreakingly, a bystander’s video revealed that Harambe was actually being protective of his young visitor, even holding hands with the child for a few moments until the uproar from a panicked crowd resulting in him assuming a dominating stance. 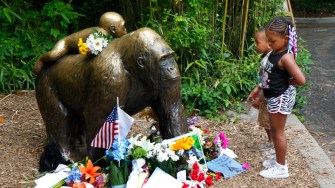 Much has been made of the zoo’s decision to shoot the gorilla, and whether the boy’s mother is at fault, but certainly one thing at least is clear: Keeping wild animals in cages for the benefit of humans can be a recipe for tragedy.

Zoos have been around at least since the Egyptian menageries of 3,500 BC, and they’re still popular today, with an estimated 175 million visitors worldwide each year.

That animals pay a steep price for their presence among us is well-documented. It’s true that many, though not all, zoos have become more responsive to the needs of their animals, building enclosures that more closely resemble their natural habitats, and are striving to take better care of them. However, even a well-designed enclosure is tiny compared to the real thing. According to The Guardian, zoo tigers have to make do with a territory 18,000 times smaller than nature provides them, for example, and polar bears’ range is one million times smaller than in the wild. 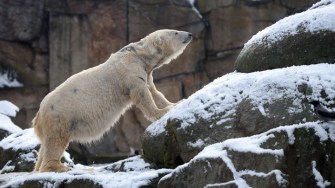 The health ramifications for an animal in captivity are also sobering. A 2008 study in the UK of their zoo elephants found that they spent 83% of their time indoors, many developed foot issues from being overweight, and only 16% could even walk. The average lifespan of an African elephant in the wild is 56 years. In a zoo? 16.9 years. A study in the journal Nature from 2003 asserts that 33 of the most popular kinds of zoo animals showed signs of stress, according to an article in Outside. Unfortunately, there are still many zoos that kill healthy “extra” captive animals.

There are two reasons commonly cited why zoos nonetheless deserve to remain open: educating children about animals they might otherwise never see, and preserving endangered species through breeding programs.

Seeing an exotic animal “in person” is a thrill, and it may lead to a general interest in conservation, but visiting a zoo it may not be as educational as advertised. A study published in Conservation Biology found that only 34% of the kids visiting a zoo without an instructor learned anything, and some of what they “learned” was factually incorrect. 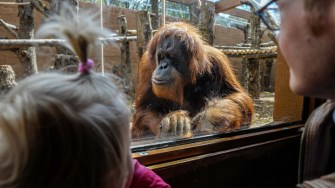 As far as protecting endangered species goes, the Association of Zoos and Aquariums says its over 229 accredited members have saved more than 30 species, but most of them can’t be returned to the wild. So a species may continue to exist, but not in its natural form. There have been some genuine success stories, including manatees, bison, and condors. But as far as wild animals go, it can be as much as 50 times more expensive to keep an animal alive in a zoo than it would be to protect them in the wild.

A more humane way to allow children and adults to experience animals up-close might be to pay a visit to one of the sanctuaries in which rescued animals live, such as the Wild Animal Sanctuary in Colorado or the Performing Animal Welfare Society in California, to name two. For adoptable rescued domestic animals, there’s Best Friends Animal Sanctuary in Utah. And if you really want to learn about animals, the truth is you can actually get closer to the real thing by watching one of the fantastic animal documentaries are always playing somewhere on your TV.

Are physicists about to decode a mysterious field of science that could have huge implications for your health?
▸
with
Jim Al-Khalili
Up Next
Starts With A Bang

How does quantum mechanics allow the Sun to shine?

Hydrogen atom, the building block of nuclear processes in the Sun, in a particular quantum state. Image credit: Wikimedia Commons user Berndthaller, under a c.c.a.-s.a. 4.0 license.Without the inherent quantum uncertainty […]