It’s not that everyone doesn’t equally deserve to get in the elevator with you. But when there are already 38 of you packed in there, and you see someone approaching with her cat in a stroller, there you are bang-bang-banging on the DOOR CLOSE button. Well, keep on banging if you like: That button’s been disabled since the 1990s. It’s just there to make you feel better. So do you?

Yes, you read that right: That DOOR CLOSE button in the elevator is there only to soothe our neurotic souls.

According to Karen W. Penafiel executive director of National Elevator Industry, Inc, speaking to the New York Times, this has been the case since the enacting of the Americans with Disabilities Act in 1990. Since then, the doors to all new and refurbished elevator cars stay open for at least three seconds and up to 20 — long enough for anyone on crutches, a cane, or in a wheelchair to make it safely inside. Given that it’s been 26 years since the law went into effect, and the average useful lifespan of an elevator is only 25, pretty much every U.S. elevator has a fake DOOR CLOSE button. Most elevators have pre-programmed timing, and in no elevator can the 3-second window be overridden.

The DOOR OPEN button does work as you’d expect, so maybe the DOOR CLOSE button remains due to some sort of symmetric, if devious, design logic. 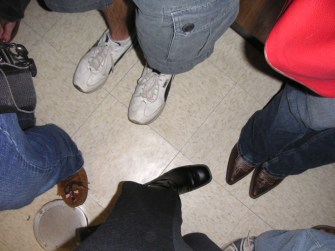 Harvard psychology professor Ellen J. Langer has studied “the illusion of control.” She told the Times in an email, “Perceived control is very important. It diminishes stress and promotes well being.”

“A perceived lack of control is associated with depression, so perhaps this is mildly therapeutic” wrote John Kounios psychology professor at Drexel University in Philadelphia. In any event, the door eventually does close — it’s just that you likely had little to do with it. As Kounios says, “If the door never closed, we would stop pressing the button. But in that case, of course, we would stop using the elevator altogether.”

An elevator’s DOOR CLOSE button isn’t the only example of a control provided simply to make us feel like we have some power.

The Times mentions the crosswalk buttons that we start thumping the moment we’re tired of waiting for a light to change. Traffic lights are controlled by strategically devised computer programs, not impatient humans. The buttons exist because, as Langer told the BBC, “Doing something is better than doing nothing, so people believe.” 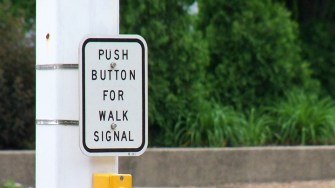 And office thermostats. Realty-Company exec Michael Downey discovered as far back as 2003 that many of these do nothing or are limited in the range of temperature settings they allow. There are even companies that connect whoosh-producing white-noise generators to dummy thermostats to make it sound as if the heat or AC is actually being turned on. 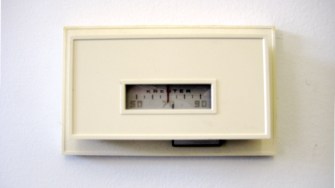 In some major recording studios, you’ll see a secretly disconnected “Producer’s Fader,” a mixing control that does nothing other than give the nervous person financing and/o running the session something non-destructive to do.

So relax. Go ahead and let that crowd of rowdies board the elevator. Just keep your finger on the DOOR OPEN button. 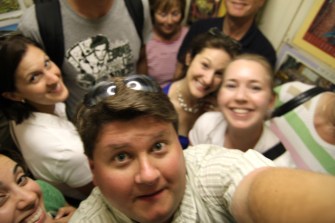 This is a perversion of justice.
Up Next
Technology & Innovation

Do Religious States Have a Wider or Narrower Gender Pay Gap?

New report has some surprising findings when it comes to the gender pay gap.