Sexual satisfaction is important for pair bonding in a relationship, as well as for one’s own psychological health. What’s more, we’re living in an age where personal fulfillment seems to be the ultimate goal. Despite this, men and women today may be having less fulfilling sex lives than in the past. One reason, the internet has altered human sexuality in a myriad of ways. 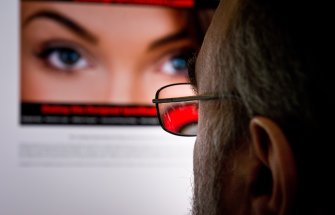 Men who are obsessed with online sexual stimuli may condition themselves out of a fulfilling encounter with a partner. Credit: Getty Images.

“Social representations, which appear in a variety of media, can influence the way sexual experiences are perceived and understood,” researchers wrote. “While pornography is not the only medium in which orgasm is portrayed, it is the most explicit, and it is widespread and easily accessible.” What they looked at was how male and female orgasm was portrayed in 50 of Pornhub’s most viewed videos. Each was analyzed and coded for the “frequency of male and female orgasm.” Researchers coded content by the orgasm-inducing sex act the onscreen couple engaged in. This included auditory and visual indicators. 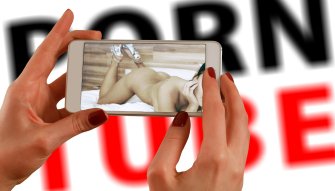 This study found that while men orgasmed 78% of the time in these videos, women climaxed only 18.3% of the time. Among these, clitoral stimulation—how most women orgasm, only occurred 25% of the time. The message this sends, researchers say, is that the male orgasm is an imperative, while the female one—not so much. They also wrote that “mainstream pornography promotes and perpetuates many unrealistic expectations regarding women’s orgasm.” 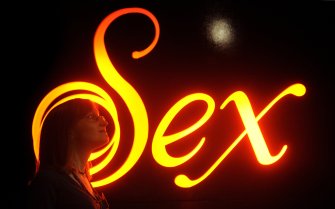 A woman’s outlook on sex, how comfortable she with it, and her connection to her partner, all play a critical role in her ability to derive sexual satisfaction. Credit: Getty Images.

Why Finnish women? “Finland is one of few countries with nationally representative surveys of sexual activities and values among the adult population.” Such a survey was conducted in the years 1971, 1992, 1999, 2007, and 2015. People’s sexuality liberalized over time, the data shows, following a similar trend in the rest of Western Europe.

According to this study, whether or not a woman orgasmed during sex depended on her sexual self-esteem, how good she and her partner are at sexual communication, how skillful she feels in the bedroom, and her own sexual limitations. Other factors included the ability to concentrate during sex and her partner’s technique. The things that prevented women from climaxing most were fatigue, difficulty concentrating, and stress. While 50% of women in a relationship said they orgasmed during sex most of the time, only 40% of single women did.

Related
Starts With A Bang
NASA’s Habitable Worlds Observatory to finally answer the epic question: “Are we alone?”
NASA has finally chosen which flagship mission, like Hubble and JWST, will launch in ~2040. Detecting alien life is now a reachable goal.
Health
The scientific highs and lows of cannibinoids
Hundreds of these cannabis-related chemicals now exist, both natural and synthetic, inspiring researchers in search of medical breakthroughs.
Strange Maps
The horrors of World War II air war, in one stark map
This graph shows how badly German cities were hit by Allied bombing raids.
Hard Science
Subatomic ghosts shed new light on the structure of protons
A Fermilab study confirms decades-old measurements regarding the size and structure of protons.
The Present
The Taoist philosophy behind Alibaba, China’s e-commerce giant
Alibaba has played a key role in China’s meteoric economic rise.
Up Next
Starts With A Bang
Ask Ethan: Is the Universe infinite or finite?
Either possibility offers a tremendous existence, but philosophically, there’s so much more to think about.“If the doors of perception were cleansed every thing would appear to man as it is, Infinite. […]