45% of the American public didn’t cast a ballot in the last presidential election, a 20 year low. For a country that espouses democracy abroad, its own voter participation is among the world’s lowest. Why is that? A number of reasons. Perhaps the most compelling is a loss of faith in the system.

Lots of initiatives have been proposed to increase voter turnout. A more robust Get Out the Vote campaign—including more email blasts and robocalls (as annoying as that sounds), allowing voting by mail, and declaring Election Day a national holiday, are just some proposals. There are even countries in the world who hold mandatory voting, such as Belgium and Australia. There is just something un-American about forcing people to vote. Not only that, many will see it as government overreach.

The bottom line, a lot of voters on both sides feel estranged from the system. Few say that government works for them. One Princeton University study even went so far as to call the U.S. an oligarchy, rather than a democracy. That insulation between the people and their government grew more evident this past election, when the popular vote proved once again asymmetrical to that of the Electoral College. Rather than bring people together, the results have further divided the country and ignited the Left.

The US is a Republic or a representative democracy. Some political science experts argue that deliberative democracy makes for better government. With representative democracy, people on both sides of the divide are swayed by politicians and made to hunker down in their position. But this gets nothing done. Also, special interests whisper in legislator’s ears, altering a bill as it moves along, making it in the end, look nothing like what was proposed at the beginning. There’s an old saying, a camel is a horse designed by a committee. 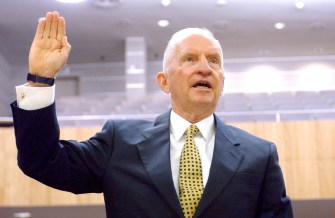 With deliberative democracy however, the people themselves listen to varying points of view on an issue. They talk about it, do some research, and in the end cast their vote. It’s thought that by working through issues and hearing all sides of the story, people make better decisions.

I remember being fascinated by independent maverick H. Ross Perot in his 1996 bid for the White House. Though a fringe candidate, Perot managed to win 19% of the popular vote that year. He was considered an outsider who stood up for the disenfranchised and would shake up Washington. One of the most interesting parts of his 1992 platform was the “electronic town hall” proposal.

The idea was that voters could watch politicians debate on TV and with a special box, cast their vote on the issue. As the last election has many in the media doing some soul searching over how they cover politics. Such an idea could take power out of the hands of gatekeepers and put it into the hands of the people.

Why not a social media platform for political and civic life? In fact, there are already dozens of such sites. Perhaps the most promising is Brigade, the pet project of Silicon Valley billionaire Sean Parker. Parker, a former president of Facebook and the co-founder of Napster, was played by Justin Timberlake in the movie, The Social Network. 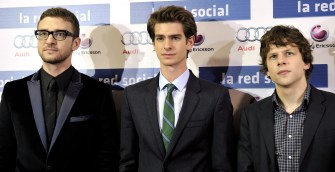 Brigade raised $9 million and launched the site in April of 2014. Much like a Facebook news-feed, Brigade offers users what it calls a “position-taking ribbon.” Each user gets an “Impact Score,” which Parker calls the “basic currency of the site.” 13,000 testers were put in front of 90 political positions during the beta testing phase. Now, users can weigh in on issues like immigration, gun control, and more. They can get into debates, find out more about issues, help get their favorite politicians elected, and find out more about the top issues in their area.

It’s no surprise that the site collects data on user’s positions on issues. Brigade is able to compare users’ positions on other networks, and can gather data even on the sub-issue-level. But perhaps this information can help elected officials become more closely aligned with the will of the people. It can also tell users how well they match up with other users. Parker told Politico that Brigade could tell something like, “We’re fifty percent aligned, and 70 percent aligned in immigration.” He jokingly added, “We’re 20 percent aligned on cooking guinea pigs in public.”

This could be the New England town hall meeting for the 21st century. Not only would this change polling completely, it could help hold elected official’s feet to the fire. But would people use it? If history be our guide, perhaps. The idea of using technology for deliberative democracy goes back to Buckminster Fuller, who in the 1940’s, proposed voting over the telephone. 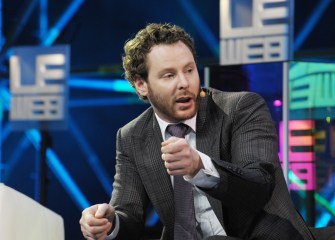 It was first attempted in 1973, by the New York Regional Plan Association. They asked 18 local TV stations to air town meetings surrounding issues such as poverty, the environment, housing, and more. Ballots were provided to citizens via 50 area newspapers. Tens of thousands came pouring in and the program was hailed a success. The next two experiments came in the early 1980’s, with Warner-Amex Cable Corporation’s CUBE, and ABC News’s telephone “900” network, made available during the first Reagan-Carter debate. Both had poor results. With the 900 number, there was no system to stop the same people making multiple votes. With CUBE, it was feared citizens could be spied on.

Today, people are tired of sound bites, scapegoating, and derision, and the unseemliness of politics. But they are hungry for involvement, and want to make a difference. A social media platform should be attractive to Americans, regardless of age or ideology. Hopefully, Mr. Parker and others like him take great pains to filter out hate speech, so that all Americans can feel comfortable expressing themselves. They should also put in safeguards against identity theft. Another issue is filtering out fake news, which seems to have influenced the last presidential election.

This model could become a modern version of the Roman Forum, a place where the issues of the day are elucidated and debated in a respectful yet dynamic way, where the will of the people is clear for all to see, and where politicians have less of a sway over their constituents and instead, are held more accountable by them.

Related
Starts With A Bang
The Universe’s most unbreakable symmetry
The combination of charge conjugation, parity, and time-reversal symmetry is known as CPT. And it must never be broken. Ever.
13.8
The weirdness of quantum mechanics forces scientists to confront philosophy
Though quantum mechanics is an incredibly successful theory, nobody knows what it means. Scientists now must confront its philosophical implications.
Neuropsych
Why is a Starbucks loyalty rewards program making customers so angry?
The rewards price to get a free cup of hot coffee at Starbucks is going up.
Empowering growth
7 essential management training topics for every team leader
From emotional intelligence to problem solving, these management training topics will set team leaders up for success.
Thinking
What if you could rewire your brain to conquer suffering? Buddhism says you can
For Buddhists, the “Four Noble Truths” offer a path to lasting happiness.
Up Next
Technology & Innovation
Will Self-driving Cars Kill the Luxury Car, and Car Ownership Itself?
As driverless cars gain increasing acceptance among the public, what social values, industries, and activities will be displaced, or even made as obsolete as car ownership itself?