This year my family and I spent the Fourth in Ashland, a lovely city of 26,000 with a famous Shakespeare festival in the verdant hills of southern Oregon. It was my first real Fourth of July parade since my childhood in Iowa. New York City, my home now for over a decade, is big on parades featuring distinct cultures and perspectives — everything from Israel to gay pride to Puerto Rico — but it isn’t great with Americana or with parades that bring everybody together for a common purpose. Admittedly, this kind of thing is easier to pull off and better suited to smaller places with more homogeneous populations than NYC. Ashland fits the bill.

Everyone in town was on hand for the two hours of celebration, with most Ashlanders reserving a spot on the parade route with a quilt and some lawn chairs the night before. We joined the fray.

I’m often a little down on the political culture in this country, but on Thursday my cynicism was in remission as I watched an old-fashioned display of American voluntarism, humor, entrepeneurialism, oddity, talent and activism in the 90+ entries. Here are a few photos I snapped.

A woman with a well-dyed dog: 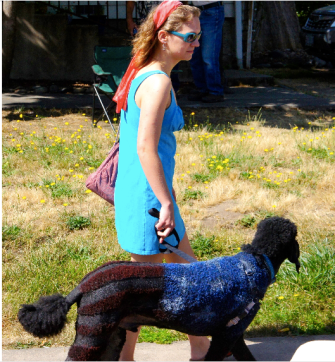 A gentleman with an unlikely piercing: 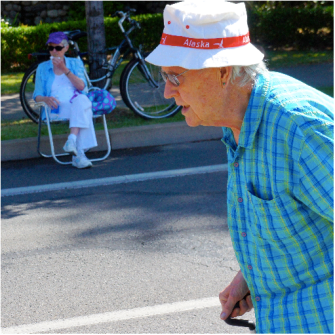 The most cheerful of several Abraham Lincoln impersonators (the theme of the parade was “Of the People, By the People”): 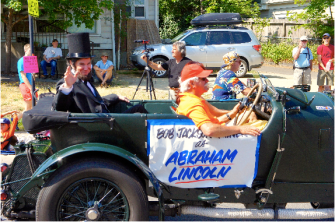 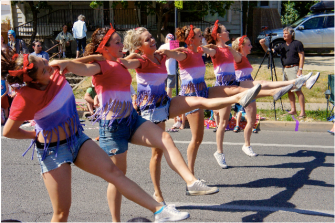 And some smaller dancing girls: 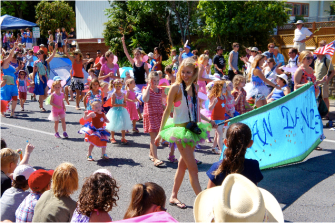 A boy who traversed the whole route skiddering atop a tire: 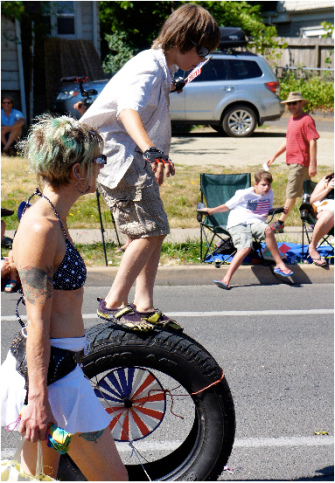 The Wonder Woman of knitting: 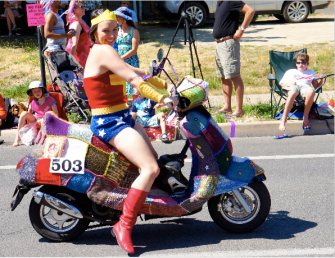 A group of Ashlanders in a parody demonstration on behalf of the much-derided 300+ deer who walk the streets causing traffic jams and munching on private gardens (another sign read, “Eat More Elk”): 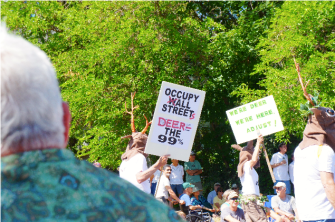 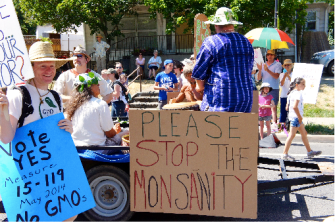 …in favor of same-sex marriage rights… 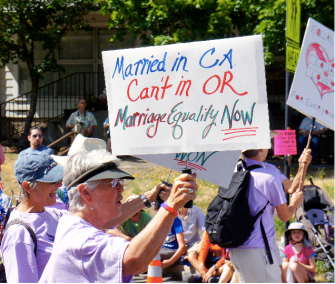 …and for action to improve the environment: 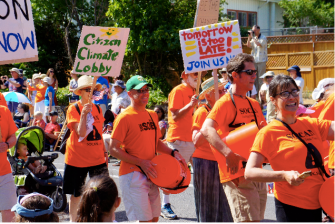 For me the biggest surprise was the winner of the religious float: the Church of Spiritual Individuality. Members of the church were sitting and beating on drums, looking blissful. The motto on the back of the truck: “Pagans have more fun.” No joke. 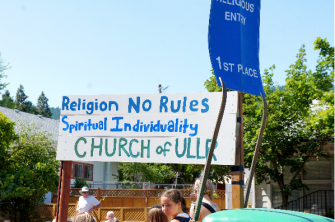 It seems the competition in this category was sparse, as only one other entry had religious overtones. They were of another variety: 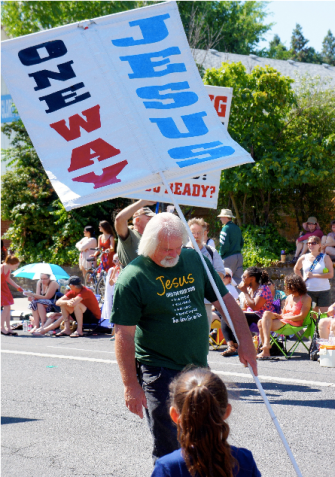 Judging by their demeanor, it seems incontestable that pagans in Ashland really do have more fun, whether or not the end is nigh, at least for the time being.

The day was the best Fourth of July this New York interloper has seen in a while.

Are “Healthier” Foods to Blame for Obesity?

Researchers have found that most people confuse foods which manufacturers label as “healthy” with low-calorie meal options. As a result, it is easier for people to overeat without knowing it.