Action movies are not usually considered the crème de la crème of the film’s industries offerings. The frenetic pace and lack of storytelling pigeonhole many such films, appealing to our desire for dopamine and adrenaline while leaving our contentment system unfulfilled. On screen, the Oscars committee seems to prefer dramatic scenarios over high-speed chases. Yet is this always the case? Are all action movies void of enduring content?

The only action film up for an Oscar this year is Dunkirk, which follows previous war movies, such as Platoon, The Hurt Locker, and All Quiet on the Western Front, in the Best Picture category. Although Saving Private Ryan won a number of awards in 1999, even it couldn’t pull off the top award, which went to Shakespeare in Love.

War films are generally considered a separate category than action/adventure films; it’s hard to envision credible war movies without a dramatic element, as war is the most dramatic human endeavor imaginable. The very few action films that have won Best Picture include Mutiny on the Bounty, a 1935 film about a mutiny on a navy vessel in 1789; Cecil DeMille’s The Greatest Show on Earth, which in 1952 told the story of circus entertainers; the 1956 edition of Around the World in Eighty Days; Lawrence of Arabia, in 1962; and, in the nineties, big-budget films Dances with Wolves and Titanic. 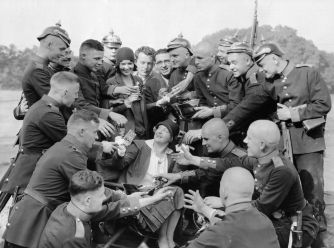 Circa 1930: Members of the cast of the Universal film ‘All Quiet on the Western Front’ being handed chocolate bars by actress Lucille Webster. In the center, wearing glasses, is director George Cukor (1899 – 1983). (Photo by Hulton Archive/Getty Images)

In 2017, two superhero movies crossed into dramatic territory, reminiscent of Christopher Nolan’s The Dark Knight trilogy: Patty Jenkins’s wonderful revival of Wonder Woman, featuring Gal Gadot, and James Mangold’s Logan, the inspired final chapter of Hugh Jackman’s Wolverine character. The other big financial winner is Thor: Ragnarok, but in this case, the awards committee was right in overlooking it. As with the second edition of Guardians of the Galaxy, it was light on meaningful narrative and heavy on action.

Star Wars: The Last Jedi did receive a few nods, including in the Sound Mixing and Sound Editing categories, as well as John Williams’s 51st nomination for Original Score. It also placed in Visual Effects, which is, as usual, dominated by action films: Blade Runner 2049, Kong: Skull Island, War for the Planet of the Apes, and Guardians of the Galaxy Vol. 2 round out that section.

That latter category makes you wonder: are action movies forever banished to the “looks great, but not serious” genre in the mind of the Academy? Jackman certainly didn’t outshine Daniel Day-Lewis or Denzel Washington, nor did Gadot best Frances McDormand or Margot Robbie, in terms of dramatic performance. But does the fact that their characters emerge from the pages of comic books prohibit them from ever breaking into the top three Oscars categories?

In 1972, The French Connection, based on a book about the lives of New York City cops dealing with drug dealers and international criminals, won Best Picture, Best Actor (Gene Hackman), Best Director (William Friedkin), as well as Best Adapted Screenplay and Best Film Editing. The American Film Institute has since named it one of the best American films twice, in 1998 and 2007. In 2005, the Library of Congress selected it for preservation for its cultural and historical significance.

The Oscars has experienced its share of controversy over recent years. After the #OscarsSoWhite criticism in 2015 and 2016, there remains a concern that the slight course-correction that has occurred is not going to last. This year also marks the first that a woman, Rachel Morrison, is nominated in the Cinematography category, for her work in Mudbound.

Speaking of women, this will be the first Oscars in the post-Harvey Weinstein era of Hollywood, which is certain to bring about its own speeches. For this edition, a special task force has been created to consult on issues of gender, sexual orientation, race, ethnicity, disability, age, religion, and nationality. Disciplinary actions against anyone violating this new code of ethics are planned to be enforced. 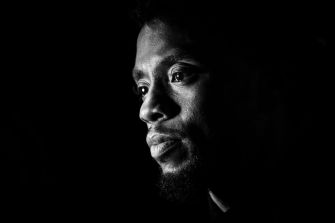 So action movies are not at the top of the list for anyone’s consideration. But it does make us ask: are adventure films getting less narrative and more derivative, or is there an Academy bias toward them? The fantasy-adventure film Lord of the Rings: Return of the King won Best Picture in 2004, and is the only fantasy film in cinema history to have that honor. Did its origin in high literature over comic books give it extra weight with the Academy? Given all the hype around this weekend’s opening of Black Panther, might we see Chadwick Boseman get a nod next year? (Kendrick Lamar certainly deserves one for his stunning work on the soundtrack.) Could Wakanda be home of next year’s Best Picture?

Our current form of education is almost 200 years old. What should schools of the future look like?
▸
6 min
—
with
Salman Khan
Up Next
Culture & Religion

New data shows the way in which we decide what kinds of music we'll like for the rest of our lives by the time we're 14.