Some say Islam is not a religion. Here's why all faiths should contest that.

In the aughts, a number of Christian conservative figures, including Pat Buchanan and Austin Ruse, were aligning their political-religious worldview with Islam in an attempt to separate from liberal Democrats. Just over a decade later, the same men were branding Islam as a purely political system while claiming it's actually not a religion at all—and thereby not protected by American religious liberty laws.

Such a pivot has important consequences. If Islam is, in the eyes of the courts, deemed to not be a religion, then Muslims are longer protected by the freedom of religion clause. While such a notion seems absurd given that Islam is the planet's second largest faith, there is precedent for this argument, writes lawyer and scholar Asma T. Uddin in her new book, When Islam Is Not a Religion: Inside America's Fight for Religious Freedom.

As Uddin explains, the center went through the bureaucratic process every house of worship has to endure. Religious centers are usually spared the more laborious aspects of this process, however. Only that's not what happened. Enter the argument that Islam is not a religion.

At this point, Uddin started to hear that, "Islam is not a religion, it is instead a dangerous political ideology and therefore Muslims don't have the same access to these religious protections, including the religious land-use laws that every other house of worship gets, because it's a threat to America. Unfortunately, the judge allowed this to go on for a number of days despite the fact that a lot of the questions are just really inflammatory, and ruled against the mosque."

At the time, Lieutenant Governor Ron Ramsey used his failed Gubernatorial election platform to question Islam's validity as a religion. That helped to kick off this entire movement. Eventually, the center was given final approval thanks to Uddin's team's efforts. Sadly, this did not stop the vandalism.

Anti-Islam sentiment has only been further stoked since then, especially when it comes to the many "Sharia bans" proposed around the nation. According to Uddin, 43 states have attempted or implemented some form of anti-Sharia legislation, even though there has been no evidence of efforts to institute it in this country. Uddin continues:

"The movement behind this uses a lot of the same language: that Sharia or Islamic religious law is actually just as a political tool to take over the U.S. The way I see it is that this is just another way to say Islam is not a religion. In terms of the policy ramifications and the legal ramifications, you see this happening in all the different states that are attempting to limit Muslim religious arbitration."

Though there are thousands of Christian denominations around the world—a fact most Christians recognize—Islam is often treated as a monolith in America. Yet, as Uddin writes in her book, Muslims come from over 70 countries, as well as from indigenous sects such as the Nation of Islam. In fact, 20 percent of slaves were Muslim. Islam is very much at the heart of the American experience; it is not the faith of the "other." Rather, it is part of us.

Uddin puts it best when she writes, "Fearing all Muslims because some Muslims are doing abhorrent things also betrays an extreme ignorance of religion in general and Islam in particular." Religious liberty: It's between the government and the believer

The term "American experiment" is pertinent. Collectively, we are a few centuries into creating a democratic nation open to all faiths, provided that the beliefs do not turn into actions that harm others.

Religious freedom primarily involves a relationship between the government and religious individuals or organizations. In jurisprudence, the phrase that matters most is "the practice of their sincerely held religious beliefs without undue restrictions." If a burden is placed on your religious practice, there has to be compelling interest, which does not include not wanting a mosque in your neighborhood because Islam is not your religion.

When Islam Is Not a Religion: Inside America's Fight for Religious Freedom 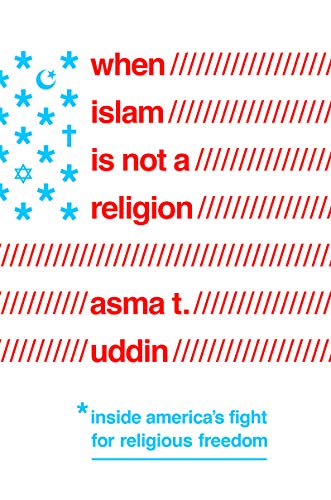 When Islam Is Not a Religion: Inside America's Fight for Religious Freedom
List Price: $27.95
New From: $17.97 in Stock
Used From: $13.99 in Stock
From Your Site Articles
Related Articles Around the Web
identity islam society united states christianity politics law religion