What nature is — according to philosopher Alan Watts

Philosopher Alan Watts thoughts on the the all-pervading presence of nature.

A lot of times people talk about getting back to nature and connecting with something more primal and real. Often this evokes images of verdant forests, landscapes of unbounded "natural" scenes cascading from all lines of sight. A large swath of the world populace has been cut off from what we commonly think of as the natural world, as they stay shrouded in concrete jungles and disconnected in steel cities.

Take for example the poetry of Thoreau and Whitman, which tend to appeal to our more nostalgic sides, longing for a golden pastoral age long past. Yet, there's also something to be said about the naturalness of our own artificial creations — that which includes our technologies, our cities and the force in which we shape the planet through our will.

Alan Watts points out the paradox inherent in the way we perceive our own selves and creations in relation to nature. From this perception, the way the we define ourselves and the relationship to our environment and the universe at large then becomes strained. According to the philosopher:

Man is as much attached to nature as a tree, and though he walks freely on two legs and is not rooted in the soil, he is by no means a self-sufficient, self-moving, and self-directing entity.

Isolation from nature in the mind

For most people, there's no doubt in their mind that the sprouting of a tree or the tumultuous whipping power of a maelstrom is in no way related to, say, a skyscraper or musical symphony.

But the simple fact of the matter is that all of these things, no matter how completely divorced from one another in either scope or linguistic classification, all stem from the eternal wellspring of some natural source. Humans and their creations included.

Watts argues that the dividing line between artificial and natural is an arbitrary one that we use out of semantic convenience.

"So one should think about this funny thing of technology considered as artificiality in the light of the realization that there really is nothing artificial. You might say the distinction of the artificial from the natural is a very artificial distinction; that the constructs of human beings are really no more unnatural than bees' nests, and birds' nests, and constructs of animal and insect beings. They're extensions of ourselves."

These divisions are completely of our own making. Even so, there is still a lot to be said regarding our disconnect from what we perceive as natural.

"The isolation of the human soul from nature is, generally speaking, a phenomenon of civilization. This isolation is more apparent than real, because the more nature is held back by brick, concrete, and machines, the more it reasserts itself in the human mind, usually as an unwanted, violent, and troublesome visitor.

. . . the difficulty is not so much in what he does as in what he thinks. If he were to seek union instead of isolation this would not involve what is generally called 'getting back to nature'; he would not have to give up his machines and cities and retire to the forests and live in wigwams. He would only have to change his attitude, for the penalties he pays for his isolation are only indirectly on the physical plane. They originate from and are most severe in his mind."

Excerpt from The Collected Letters of Alan Watts 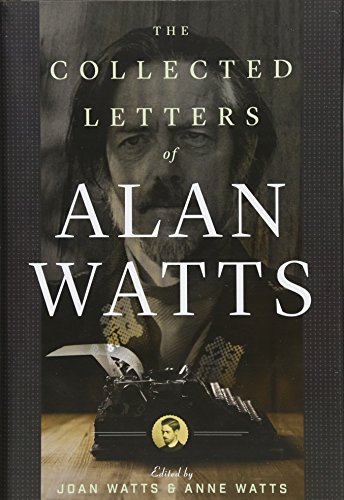 This idea of nature was prevalent in a lot of Watts' work. Here is one quote from his collected letters that stands out as noteworthy and illustrates the clashing paradox for the warring ideas of: disconnect between what is felt to be artificial in contrast to the knowledge that which is truly nature still resides in us.

"Our life and circumstances are almost purely man-made (or so we think), and there are many people who believe that we can never achieve any great degree of spirituality until we return to a closer contact with nature. But this idea is both true and false, false because the idea that we are independent of nature is a tremendous conceit, and true because we are, relatively speaking, divorced from nature by that very attitude.

A secondary difference is that man is self-conscious; he believes himself to have an ego, a separate, self-contained, self-directing entity which has to ﬁgure things out for itself, whereas the bird just lets nature or instinct take care of its problems."

But nature is powerful and when man disagrees with it he feels his loneliness and impotence; this is the great unhappiness. The Buddhists call it sakayaditthi, or the 'heresy of separateness,' which is another name for being 'taken in' or fooled by the sense of selfhood."

Watts saw that there were a few different ways of viewing nature that varied according to culture.

There are three theories: the Western Mechanical Theory (nature as an artifact), the Hindu Dramatic Theory, and the Chinese Organic Theory.

The Western theory stems from the old God mythos as creator who set the universe in motion in a mechanistic matter. Nature is seen as "machine or artifact." This idea has continued on in our scientific and secular way of thought still. There are remnants of it in the way we view cosmology and other reductionist philosophies.

Watts second theory of nature is what he called the Indian theory. Nature not as artifact, but as drama. Foundational to Hindu thought is the idea that the world is māyā (माया). This Sanskrit word means the magical illusion or play-like nature of reality. The entire human enterprise and existence of being for all lifeforms is some epic drama meant for the stage. In this regard, Watts said:

". . . all sense experiences are vibrations of the Self — not just yourself, but the Self — and all of us share this Self in common because it is pretending to be all of us. Brahman, the ultimate principle, plays hide and seek eternally. And he does it for unspeakably long periods of time."

Finally, the Chinese theory of nature is one of spontaneity or automatic force. The Chinese word for nature is zìrán which translates roughly to what happens of itself. Similar to the idea of the Tao.

"Nature — human nature included — is an organism, and an organism is a system of orderly anarchy. There is no boss in it, but it gets along by being left alone and being allowed to do its stuff. That's what the Chinese Taoist philosophy calls wu wei (無爲), which means — not 'doing nothing' — but 'not interfering with the course of events.' Not acting against the grain."

Within these three unique ways of viewing the world, we can come to understand ourselves and our place in nature and the universe in a much more engaging and holistic view.