Why IntoNow's Acquisition Is Not Indicative of a Bubble 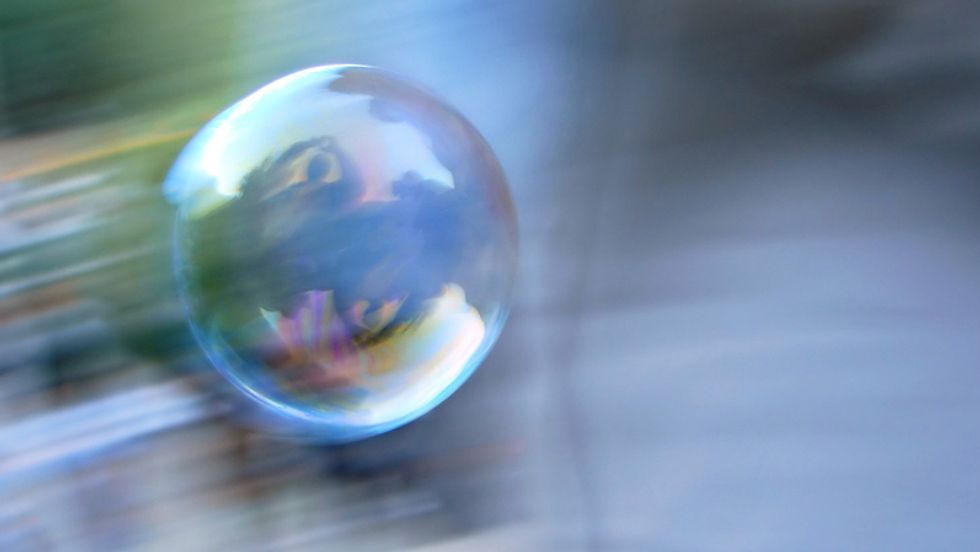 I've just returned from a vacation to Kaua'i and have been catching up on the news that happened while I was away... there sure was a lot of it! I hope you don't mind me sharing a quick reaction to one story in particular.

Yahoo's acquisition of IntoNow for between $20-$30 Million (according to Techcrunch) caught my attention, I was a little disappointed to read the general reaction to the deal -- seems like everyone thinks it's the poster-child of bubble behavior.

IntoNow is an iPhone App that allows users to interact with the TV Content they are watching. The app works a lot like popular music identification app Shazam; when you open IntoNow it uses the microphone on your phone to capture an audio snippet used to identify what your watching on TV.

IntoNow formally launched 3 months ago and has been on a pretty impressive tear, nearing a million users and well over a million "check-ins." The age of the service is is the most cited reason for people reacting to this deal negatively, but what the fast majority of coverage either missed or skipped is the fact that the technology is much more than 3 months old.

Adam Cahan, founder of IntoNow, was at the helm of Auditude, a 3-year-old company with more than 40 employees and over $30 Million dollars in funding, which created the underlying technology that powers IntoNow.

Auditude's ContentID system is a big part of this deal, and Auditude is using this technology to become a very big, very successful company. A quick look at Adam's LinkedIn Profile makes it clear that he brought over IP from Auditude to the IntoNow venture.

So, to be clear, while it makes a sexy headline, this deal isn't an acquisition of your average 3 month old startup for $30 Million, it's an IP and Talent Acquisition that gives Yahoo! a large technology and data head-start in supporting media checkins with a mobile UI that has started to prove itself through rapid adoption.

Here's a proof-point to that story from Bits Blog (NYT), "IntoNow has a vast database of shows over the last five years – the equivalent of 266 years of programming. The app can also detect new programs on 130 channels."

I'm not going to say definitively that we're not in a bubble, but I'm the acquisition of IntoNow isn't an indicator either way. The technology was impressive, spoke to a current trend of user interaction, and related to television -- a medium that contains massive dollars and is still searching for how it interacts with the internet and the mobile smartphone. That's why Facebook, Twitter, Shazam and others all were interested in IntoNow.

I read a lot of bad coverage about this deal, and want to call out the two rational writers who didn't play the bubble card for page views. Thanks MG and Verne.

What's a "Media Checkin" and why should I care?

The sharing of moments via the media that occurs in them is a trend I find fascinating and have been following for the last few months. These types of applications are built in such a way that it lowers the barrier to entry for a user that wants to share an emotion or a moment with friends.

Historically, a user would have to compose something freehand in text and then share with friends via text on Facebook/Twitter (and video on youtube to a lesser extent). Now, an application creates a default format for sharing a moment and automatically includes some interesting media that is supporting that moment.

Another example of this is Soundtracking, which is an app for sharing a moment based on a song you're listening to, has already surpassed 250,000 downloads.

I think there will be continued growth in this space. Both in more users for existing companies and more entrants in the space, which I've been rudimentarily defining as "capture/share apps."

I first wrote about this trend on Twitter in February of this year, and expanded on my theories when Soundtracking launched in March. If you'd like to learn about the trends I'm seeing in the industry (along with a host of other news, commentary and personal updates), you should Follow Me on Twitter.