Why Smart People Do Stupid Things Behind The Wheel

Most of us are reasonable, thoughtful people. Why can't we stop texting, emailing, and posting status updates while driving? 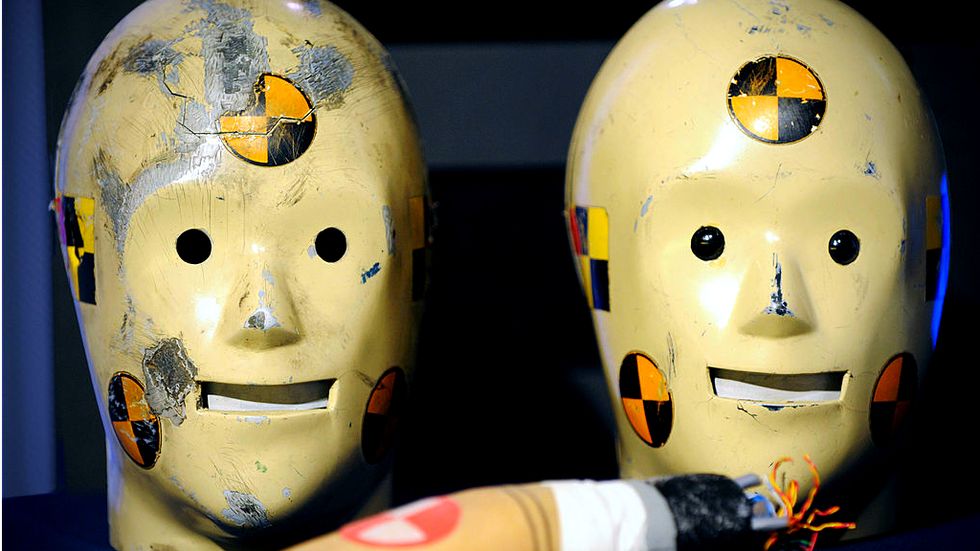 In 2012, 20-year-old Abby Sletten of Hatton, North Dakota, was scrolling through pictures on Facebook, traveling over 80 mph, and then plowed into the back end of an SUV, killing a woman in the front seat of the vehicle. Sletten was charged with negligent homicide.

In December 2013, Kari Jo Milberg crashed her car into the front end of a truck traveling in the opposite lane, killing her 11-year-old daughter and her two 5-year-old nieces. The Wisconsin mother was apparently chatting with someone on Facebook right before the accident. Milberg, who was thrown from the car, was charged earlier this year with three counts of homicide by negligent operation and one count of reckless driving causing injury.

And in 2014, 32-year-old Courtney Ann Sanford of Clemmons, North Carolina updated her Facebook status one minute before she had a fatal car accident. “The happy song makes me HAPPY,” she wrote in her update. Allegedly, she also was taking selfies before the accident in which she died.

As reported by the US Department of Transportation (DOT), at any given daylight moment in America, approximately 660,000 drivers use cellphones or manipulate electronic devices while driving, a number that has held steady since 2010. Additionally, scholars at the University of Michigan Transportation Research Institute have discovered that 25 percent of teens respond to a text message once or more every time they drive and that 20 percent of teens and 10 percent of parents admit that they have extended, multi-message text conversations while driving.

And if that’s not enough, the US Centers for Disease Control and Prevention (CDC) in 2011 reported that:

If you’re like most drivers, you’ve seen someone texting, Facebooking, or otherwise fiddling with their mobile phone while behind the wheel of a car. Perhaps you’re one of those people who can’t stop emailing, tweeting, or Instagramming while you head to work.

But paradoxically, while most of us recognize the faulty thinking behind distracted driving — in fact 94 percent of us support banning texting while driving — we find it difficult to identify it in ourselves. A recent study by researchers at James Madison University and the University of Toronto suggests that our tendency to discern thinking errors in ourselves decreases as our “cognitive sophistication” goes up. In other words, the more intelligent you are, the less likely you are to recognize poor decision-making in yourself.

"Distracted driving is a serious and deadly epidemic on America's roadways," says U.S. Transportation Secretary Ray LaHood. "There is no way to text and drive safely. Powering down your cell phone when you're behind the wheel can save lives — maybe even your own.”

To be clear, I have texted, emailed, and posted status updates while driving. And it’s because I think I can drive better than other people. Of course, I can operate a vehicle and text at the same time. It’s all those other knucklehead drivers who can’t. Of course, I can update Facebook while I’m at a stoplight. I mean, c'mon. I’m stopped at a traffic light. The car isn’t even moving. Who am I going to hurt? Of course, I have to respond immediately to that email from my boss. She may get angry if I don’t.

And, of course, I am an idiot.