Hookup Culture and the Spread of Disease

The transmission of disease via sex is nothing new, and neither is the insular response. 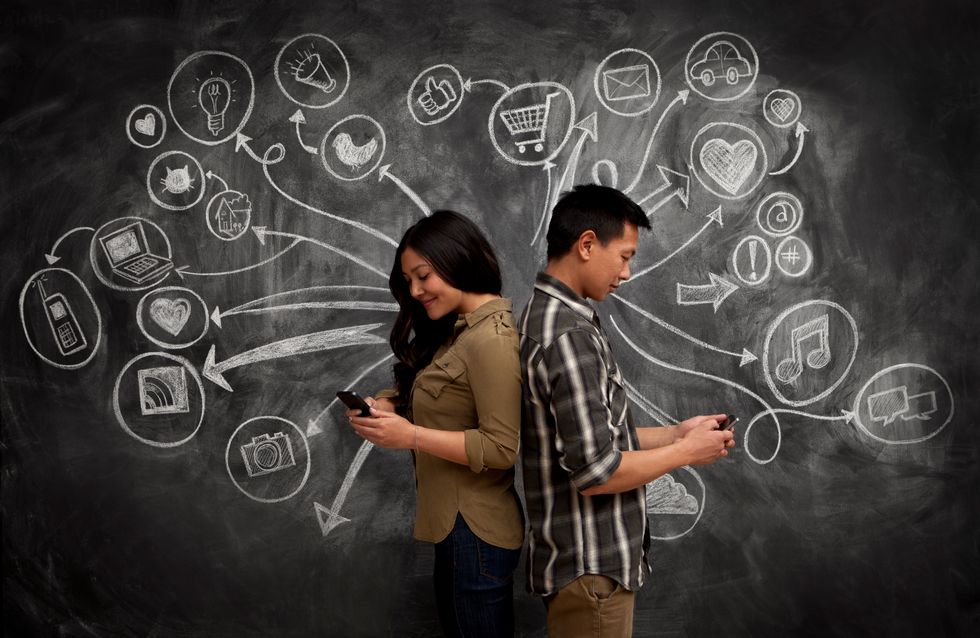 “I've used it in probably a dozen countries,” says George, 32, a young professional whose job takes him around the world. “I'm ‘dating’ three women here in Russia, all of whom I met on Tinder. I don't have a purpose in mind of just hooking up, nor do I want a relationship. ... I really just use it to find cool women to hang out with and if we hook up, even better.”

George is typical of many folks. He uses 21st century tools and technologies to manage his life, including who and how he dates. But, these technologies and their users are much-maligned.

It really is cliché to debate how apps like Tinder, as well as online dating sites like OKCupid and Match.com, are changing the manner in which we meet people (and potentially have sex with them). Indeed, to married folks like me, there exists a twinge of jealousy. I wish these things were around when I was dating, but not for the reasons you think. Apps like Tinder reduce the stress of dating and dramatically lower the level of effort required to find someone to court. Tinder allows users to swipe right when they find someone they’re interested in.  If the other person does the same, they’re both notified. No bar, no awkward conversations, and no weird back and forth to gauge each other’s interest. Boom. Date. No stress.

Well at least initially. Like anything that makes sex easier and more accessible, there are issues.

Earlier this year, the Rhode Island Department of Health released data indicating that the infection rates of HIV, syphilis, and gonorrhea are increasing, largely due to high-risk behaviors like using social media to arrange for casual or anonymous sexual encounters. And countless other studies suggest that men and women who meet sexual partners online tend to engage in risky sexual behaviors. Among US high school students for example, the CDC reported in 2013 that 34 percent had sexual intercourse in the previous three months and of those, 41 percent didn’t use a condom.

Justin Garcia, a research scientist at Indiana University’s Kinsey Institute for Research in Sex, Gender, and Reproduction, in a recent interview with Vanity Fair, argues that two major transitions in human sexual mating patterns have occurred in the last 4 million years.  “The first was around 10,000 to 15,000 years ago, in the agricultural revolution, when we became less migratory and more settled,” he says, “And the second major transition is with the rise of the Internet. It’s changing so much about the way we act both romantically and sexually. It is unprecedented from an evolutionary standpoint.”

For people like George, “Tinder basically allows people one more avenue to find what they're seeking. If it's a hookup, they'll find it. If it's a relationship, they'll find that instead. It shouldn't be maligned as just some tool to encourage rampant sex.”

The transmission of disease via sex is nothing new, nor is the insular, parochial response. For centuries, people have denigrated, disparaged, and impugned those afflicted with sexually transmitted infections. For 13 pages in Mein Kampf, Adolf Hitler rails against syphilis. Life, however, has a magnificent sense of irony. Turns out Hitler might have had syphilis himself. In her book Pox: Genius, Madness and the Mysteries of Syphilis, Deborah Hayden contends that he exhibited many of the symptoms of advanced syphilis infection. If true, the Nazi leader joins a number of other notable personages who suffered with, and many times died from, the disease:  Meriwether Lewis, Vincent van Gogh, Friedrich Nietzsche, Oscar Wilde, and possibly Abraham Lincoln. Hayden claims that 15 percent of the world’s population in the 19th century suffered with syphilis at some point in their life.

Thankfully, the infection rates of diseases like syphilis have declined since the discovery of penicillin and other antibiotics that successfully treat the condition. Sadly, sexually transmitted infections are far from eradicated; many of them cannot be cured. The World Health Organization estimates globally:

Plainly, research shows that technologies like social media and dating apps facilitate easier access to casual, anonymous sex. And while the numbers support that disease transmission rates are rising, perhaps there's an opportunity here. If we know that millions of people use apps and websites to meet and have sex, it follows that we can use those same apps and websites to educate them before they do so. If we concentrate on identifying opportunities to inform at-risk populations of the dangers, and less on stigmatizing apps and their users, maybe we’d have a greater impact on lowering the spread of infection.