Looking for a discount on guns and dope? Cyber Monday deals come to Darknet. 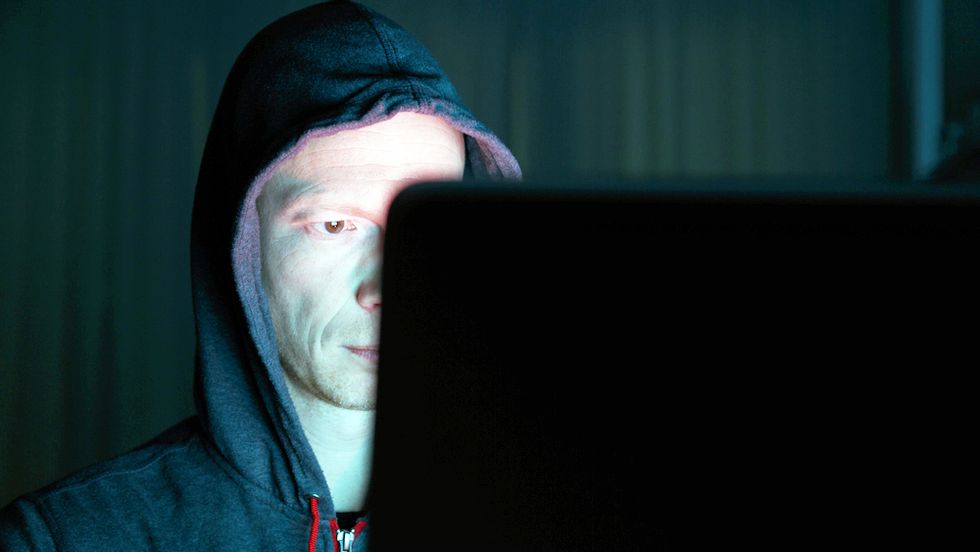 Two years ago, while you were enjoying a relaxing Thanksgiving surrounded by friends and family, eating way too much turkey and mashed potatoes, Jesse Korff was figuring out a new way to distill a biological toxin called abrin so he could sell it to terrorists.

According to the Centers for Disease Control and Prevention, even a small dose of abrin is lethal to humans, and can cause death within 36 to 72 hours. Abrin is what is known as a “select agent.” Select agents are a subset of biological toxins that the U.S. Departments of Health and Human Services and Agriculture have determined to have the potential to pose a severe threat to public health and safety. Similar to ricin, death by abrin usually comes from a severe allergic reaction that causes difficulty breathing, nausea, vomiting, and diarrhea.

There is no antidote.

In a message from Thanksgiving 2013, Korff wrote:

"When you handle the abrin itself you should were [sic] gloves. ... Each vial contains ... about 220mg of abrin enough to kill a 440 pound human. ... it is as simple as pouring it in a drink or sandwich bun, yes the drink should be somewhat dark because this is about the color of light rum or whiskey, and I suggest either a coke or a shot of rum or whiskey actually alcohol would probably be the best because you know they will drink all of it and they will start to feel flu like symptoms in 48 hours then it will progressively get worse until they die by the forth [sic] day."

Korff, a 19-year-old from Glades County, Florida, used Darknet, to sell his product to the highest bidder.

Most people are familiar with websites like Google, Yahoo, Bing, YouTube, Facebook, Twitter, and the thousands of other sites and blogs maintained by individuals, media outlets, and companies. This is called the surface web and it’s what most people think of as the Internet. Darknet is one of the deepest and, perhaps, strangest parts of the Internet. It is a vast underground that is estimated to be more than 500 times larger, based on content, than the surface web. And, like the deepest parts of the ocean, it is home to a myriad of strange, bizarre communities. It is also home to a number of illicit marketplaces that sell everything from hardcore narcotics to hurtcore porn.

These black markets make it as easy to buy drugs, weapons, and other illicit material as buying a pizza. Darknet marketplaces are designed to look and feel like eBay, Amazon, or Craigslist. Since their initial development and because of their rapidly increasing availability, Darknet markets have gentrified crime. Now you don’t have to drive across town to meet with a weapons dealer in a seedy neighborhood to buy your gun  — you can have it sent to your doorstep in a neatly packaged envelope.

“Why wait for Black Friday or Cyber Monday? We wanted to GIVE THANKS to the community by gifting our GRAMS, TEENERS and 8 BALLS of Cocaine and Crystal Meth for 20 [percent] off,” AlphaBay Market vendor aeirla writes, offering 3.5 grams of cocaine for $240 and the same amount of methamphetamine for $120.

“Keep in mind these deals will NOT last, This goes away the DAY AFTER BLACK FRIDAY,” writes vendor AddyOrZubsolv, who is selling the prescription stimulant Adderall and marijuana on Crypto Market. “You are basically getting 5 pills for free with every order! Get them while they last!”

In a presentation earlier this year at the 24th USENIX Security Symposium, researchers from Carnegie Mellon University released the results of a longitudinal study on the evolution of the Darknet marketplace ecosystem. They scraped 16 different marketplaces over two years (2013-2015) and discovered that since the development of the first Silk Road four years ago, total sales volumes “have reached up to $650,000 daily (averaged over 30-day windows) and are generally stable around $300,000-$500,000 a day.” About 70 percent of those sales are for cannabis-, ecstasy-, and cocaine-related products.

Perhaps more interesting: While some merchants are highly successful, the vast majority of vendors on Darknet grossed less than $100,000 over the course of the study. Carnegie Mellon scientists Kyle Soska and Nicolas Christin conclude that this substantiates the notion that “online anonymous marketplaces are primarily competing with street dealers, in the retail space, rather than with established criminal organizations which focus on bulk sales.”

To stay alive as a business, most Darknet vendors are forced to offer deals that drive increased sales. Otherwise, they will succumb to market forces similar to surface web vendors. Cyber Monday offers Darknet vendors an opportunity to drive customers to their site.

Unfortunately, as Soska and Christin suggest, current intervention strategies don’t seem to work. “In light of our findings, we suggest a re-evaluation of intervention policies against anonymous marketplaces. Given the high demand for the products being sold, it is not clear that takedowns will be effective; at least we have found no evidence they were.”

The adage that crime is a business seems to be alive and well this holiday season. And business is booming.