Is Your Mind for Sale? Inside the Allure of Digital Sweatshops

New crowdsourcing techniques can be used in amazingly constructive ways. Alternatively, these same techniques may be used as tools that exploit human labor and utilize it for evil purposes. 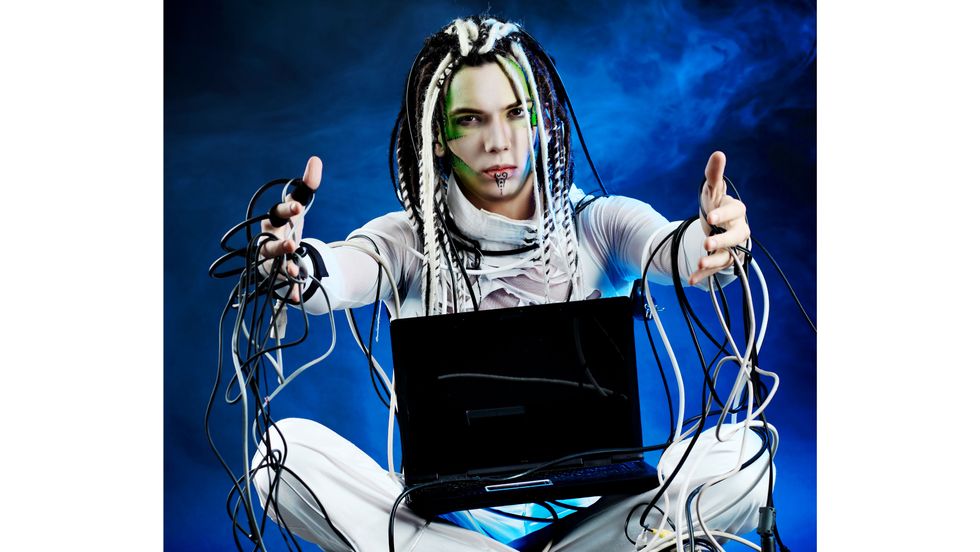 The original Mechanical Turk -- a fake chess playing machine -- is one of the more notorious hoaxes in history in that it fooled a lot of smart people for a long period of time. Designed to impress a Habsburg Empress, the "machine" beat many famous human opponents in chess, including Napoleon and Benjamin Franklin. It was revealed in the 1820s, however, that the Mechanical Turk was not a machine at all. A human chess master was hidden inside, doing all of the work.

Amazon's Mechanical Turk, a "tiny arm of the Amazon octopus," as Jonathan Zittrain puts it, aspires to the same goal. This crowdsourcing platform is described as artificial artificial intelligence. In other words, it aims to use human intelligence to do the work that one day a computer might do. Mechanical Turk assigns HITs, or Human Intelligence Tasks, out to the world, often priced at a penny. A task might involve labeling a photograph. Amazingly, there are thousands of people who "turk," and these micro-laborers tend to turk for many hours.

Why is this "digital sweatshop" so addictive? Jonathan Zittrain, co-director of the Berkman Center for Internet & Society at Harvard Law School and author of the book The Future of the Internet and How to Stop It, suggests that "grad students will do this all day long because it's probably the only source of positive feedback in their lives."

In a fascinating and humorous talk at The Nantucket Project, a festival of ideas on Nantucket, Massachusetts, Zittrain described Mechanical Turk as a crowdsourcing tool that can solve problems big and small. Motivated by simple rewards, collective intelligence can be harnessed to create huge stores of accurate, useful data (as opposed to computer-generated nonsense). It can even be used to solve crime.

But this is also a cautionary tale. The micro-laborers are, after all, disconnected from the end product they are creating. Amazon offers Mechanical Turk as a service to all sorts of businesses. And beyond Amazon's marketplace, the same crowd-sourcing technique could easily be used by say, the Iranian government to identify political dissidents.

Zittrain's talk runs over 20 minutes, so take a time out from your turking and watch it here in full:

What motivates people to sit in front of screens for hours and perform tasks that will only earn them a few pennies?

As Zittrain points out, people will also do this work for free. This was a realization made by MacArthur genius grant recipient Luis von Ahn who specializes in "human computation." von Ahn developed one of the first CAPTCHAs (Completely Automated Public Turing Test to Tell Computers and Humans Apart), Internet security tools that ask humans to decipher warped text that computers cannot read. One of the added benefits of this challenge-response test is that one can engineer human labor to digitize books.

Another form of human computation von Ahn has developed is the seductive online game ESP that was acquired by Google in 2006. People will spend up to 40 hours a week providing "meaningful" labels to images, helping to optimize online image searches, an area where current computer vision techniques have fallen short.

While Google shut down its version of ESP in 2011, human agents used the game to generate over 10 million labels. Like Mechanical Turk, this is a form of artificial artificial intelligence. ESP asks humans the type of task that it would like to farm out to a computer, but can't.

If you make this task into a game, people will play it, earning "points." While this is a completely worthless currency, Zittrain points out that it is really positive feedback that people are craving, and that is what motivates them to participate.

This has profound implications for our understanding of human behavior, and how crowdsourcing may be used in either constructive ways, or alternatively, it may be used as a tool that exploits human labor and utilizes it for pernicious purposes.