Disrupting Autism with Courage and Technology

The barrier for autistic people is not about intelligence but the ability to communicate. Technology has opened that door today and helped reframe our perception. 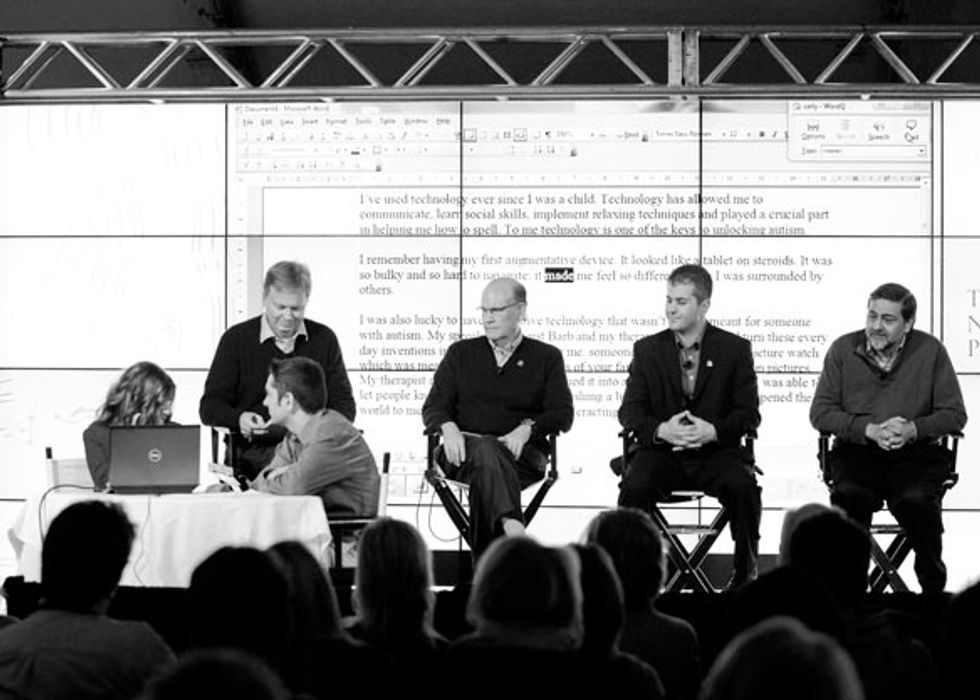 Carly Fleischmann was nervous. Carly was scheduled to speak on a panel at The Nantucket Project, a high profile event with many powerful and influential people in attendance. Carly was diagnosed with severe autism at age two and has an oral motor condition that prevents her from speaking. And yet, Carly has defied the odds.

Carly Fleischmann at The Nantucket Project. Photo by Meghan Brosnan.

While doctors predicted that Carly would never intellectually develop beyond the abilities of a young child, Carly, who is now 17 years old, has an IQ of 130 and communicates by typing on a laptop or an iPad. Carly has ambitions to attend college and become a journalist, maybe even the host of her own TV show. Nonetheless, Carly was nervous about her speaking engagement, and she went to Facebook to seek advice.

Here's what she wrote:

This weekend I'm going to be on a panel with some really big names typing in front of a good size audience and I'm a little nervous. My teacher said to picture them all in their underwear but they're all old and that is gross. Now if brad pit comes than we are in business as my teacher says. lol So I am asking you for advice on how to get over being nervous. Do you have any tips or ideas that help you?

Carly's Facebook friends weighed in with 454 comments, offering not only advice, but such an outpouring of support that Carly's nervousness vanished, and was replaced by courage, not to mention audacity. On the morning of Carly's scheduled appearance, she tweeted this challenge to Senator John Kerry, who was also scheduled to speak at the event:

@autismspeaks #TNP Good morning good morning good morning! Today is the day I make history as the youngest speaker ever to speak at The Nantucket project. However I am throwing out a challenge for @JohnKerry who will be speaking right after me. I am saving you a seat on stage and I CHALLENGE YOU TO TAKE IT. I have some questions for you in my head that I think the world would like to hear the answers to. @JohnKerry You and me one on one what do you say?

2,500 retweets later, Senator Kerry had agreed to take the stage with Carly, and he did so in one of the most moving and inspiring moments of The Nantucket Project, a festival of ideas that took place last weekend on Nantucket, Massachusetts.