The Russian trolls ads that polarized the U.S. have been released. You might recognize some.

Many of the Russian IRA troll Facebook ads were released today by Democrats on the House Intelligence Committee. 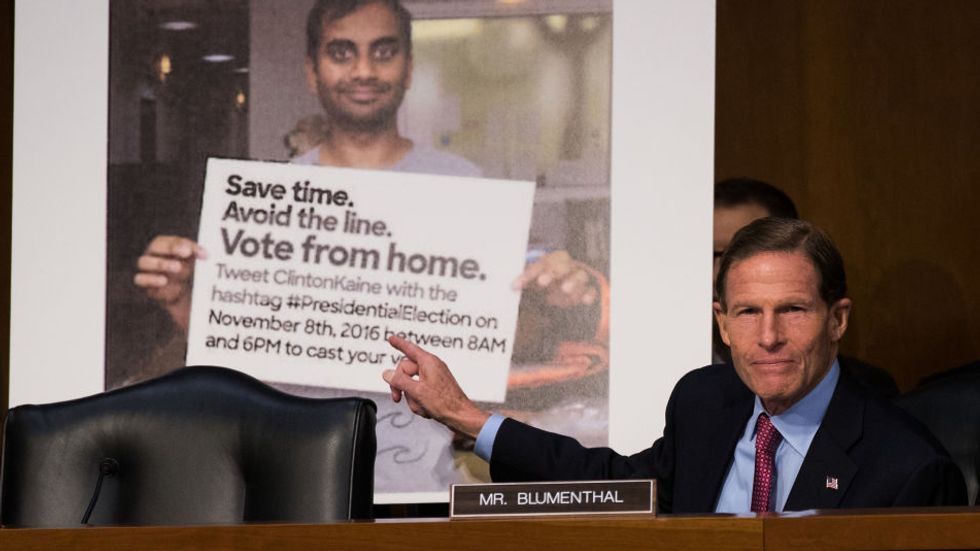 To understand just how deep the campaign to influence our electorate and even try to gin up the hatred in online conversations with U. S. citizens, a good slice of the Russia troll-produced Facebook ads were released today by Democrats on the House Intelligence Committee.

Over 3,500 ads were taken out, purchased and disseminated by the company known as Internet Research Agency (IRA) in a campaign that was active from 2015 to 2017 via various Facebook pages.

The collection is every single purchased ad, which reached millions of U. S. citizens and very likely influenced the elections of 2016. Here they all are if you want to take a look.

"There’s no question that Russia sought to weaponize social media platforms to drive a wedge between Americans, and in an attempt to sway the 2016 election… The only way we can begin to inoculate ourselves against a future attack is to see first-hand the types of messages, themes and imagery the Russians used to divide us," Rep. Adam Schiff, a ranking member on the House Intelligence Committee and a Democrat from California, said in a statement. Everything from direct attack ads on candidates to "Blue Lives Matter" and even ads targeted to Cleveland, Ohio regarding African American child Tamir Rice, who was murdered by police in 2015, are featured.

The budget for these ads was approximately $100,000, and from a casual glance at them, they were quite effective, gathering tons of likes, shares and comments on social media.

To make it easier to understand just how it affected our system, House Democrats broke the ads up into nine categories:

Events. These included demonstrations such as anti-Trump or pro-Trump rallies, and even “pro-Muslim” rallies. The trolls would even organize both the protest and the counter-protest to stir up division.

African-American focused ads. While Black Lives Matter is a legitimate and necessary organization, the Russian trolls tried to intervene in the conversations occurring online about matters relevant to BLM, and stir up the hate on all sides.

Immigration-related content. These ads capitalized on border security issues and the anti-immigration sentiment that was rife within the Trump campaign. Just one of those ads looked like this:

Heart of Texas. This one actually has its own category because it was so effective; it had 250,000 followers at the time it was shut down. It featured pro-2nd Amendment content, anti-Hillary Clinton ads, and immigration fear-mongering since the state borders Mexico. Do you recall the talk before 2016’s elections about the possibility of Texas seceding from the union? Some of that began here.

LGBT. The IRA posted both pro-LGBT and counter LGBT content, and organized protests on both sides.

Muslims. The Russian trolls maintained a Facebook page called United Muslims of America, which had 325,000 fans/followers. The group was known for engaging folks in heated arguments with people from the above Heart of Texas page, generating hostility and tensions between American citizens.

Veterans. Russian trolls created content suggesting the military was against Clinton, and they also mixed in content that promoted veterans to collect more likes and views.

The candidates. The most frequent ads heavily promoted Donald Trump and took jabs at Clinton and her campaign. See below for an example. This segment of the Russian troll factory also tried to pit Bernie Sanders supporters against Hillary Clinton supporters in order to discourage Democrats from turning out for the election (which, indeed, it did) as well as a group calling itself Blacktivist that, for example, called for a flash mob with the hashtag #HillaryClintonForPrison2016.

For those unfamiliar with just how ads on Facebook work, here's an example of the targeting that was used for this particular ad—again, from a screenshot including all of the ads released:

Keep in mind that these ads do not include 80,000 organic posts—in other words, NOT paid ads—on each of the pages it ran as it built audiences and generated traffic.

The depth of Russia’s influence on the past three years in the United States is still being revealed, but knowing what these ads look like, we can begin analyzing them and not playing this very dangerous game.

(Full disclosure: I own and maintain a page where political conversations take place frequently, and yes, it gets heated—but to my knowledge, I never posted or reposted any of this content. One reason I’m certain? I’m a grammar nerd, and almost all of the ads were flawed and clearly not created by native English speakers; I try very hard to never repost anything with such mistakes. But also, I stick to largely legitimate sources—and I fact check everything before posting.)