The Exasperating Maleness of Long Novels 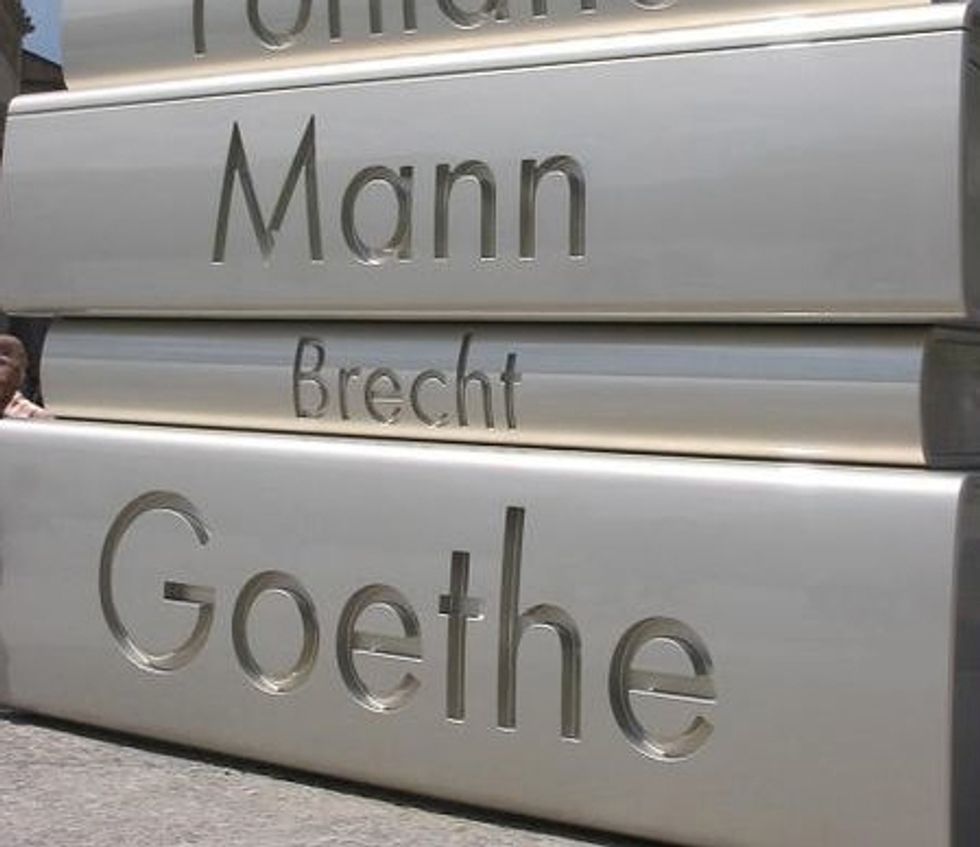 The literary essay I’ve enjoyed most this year has been “The Stockholm Syndrome Theory of Long Novels,” published by The Millions back in May. In it, Mark O’Connell argues that the Gravity’s Rainbows and Infinite Jests of the world take their readers hostage, doling out punishments and rewards so unpredictably—and at such grueling length—that we exaggerate their virtues in order to stay sane. Reading these books, in other words, we experience:

…a kind of literary variant of the Stockholm syndrome phenomenon, whereby hostages experience a perverse devotion to their captors, interpreting any abstention from violence and cruelty, however brief or arbitrary, as acts of kindness and even love.

It’s an ingenious explanation of why readers and critics alike tend to rate “epic” novels so highly, despite all the mistreatment we suffer at their hands. (A simpler but related explanation might be the Marathon Theory: once the damn things are over, we remember all of the exhilaration and none of the pain.) I was surprised, though, that O’Connell never mentioned an obvious common feature of these books, one that might deepen our skepticism a little further. As with real-life kidnappings, the perpetrators of this literary abuse are almost always men.

Every author named in the essay, from Cervantes to David Foster Wallace, is male. In fact, of all the canonized books that fit the epic novel prototype—“sprawling,” panoramic works that attempt to Explain the Universe; doorstoppers with giant casts of characters, endlessly ramifying plots, and esoteric digressions about science, history, contemporary culture, and so on—I know of only one (arguable) example written by a woman. That would be Middlemarch. And even Middlemarch is pretty restrained: it can get tedious, but neither its plotting nor its pedantry ever spins out of control.

There are, of course, messy and show-offish novels by women. I just can’t think of any that are revered as classics, or any female-authored classics that are eagerly defended for their self-indulgent passages. Put it this way: if a woman wrote Infinite Jest, you wouldn’t see reviewers applauding the footnotes. (In an otherwise excellent recent essay, Adam Kirsch argued that “a more disciplined, tactful writer would not have published a thousand pages of Infinite Jest….But then, a shapely, four-hundred-page version of Infinite Jest would not have been a cultural sensation….With Wallace, waste is of the essence of the scheme.” It’s also of the essence of bad writing. Who’s to say the book wouldn’t have won more fans without it? What’s wrong with shapeliness, anyway?)

When Zadie Smith dipped a toe in these waters, writing her debut novel in the expansive postmodernist mode, James Wood famously took her to task for perpetuating a style of “hysterical realism.” Smith called the criticism “painfully accurate”—an admission I have yet to hear from the other, male authors Wood cited, many of whose books run twice as long as White Teeth.

The truth is, few women even try to join this pissing contest. They’re already underpublished by literary journals and presses, and under-reviewed by newspapers and magazines. Presumably, when you have to work that much harder to gain attention, you tend to avoid a style marked by extravagant distractions.

There are some who would call this a loss to literature; after all, that style has many admirers. O’Connell quotes a lament from Roberto Bolaño’s 2666, a novel whose title could be mistaken for its page count: “Now even bookish pharmacists are afraid to take on the great, imperfect, torrential works, books that blaze paths into the unknown. They choose the perfect exercises of the great masters. Or what amounts to the same thing: they want to watch the great masters spar, but they have no interest in real combat, when the great masters struggle against that something, that something that terrifies us all, that something that cows us and spurs us on, amid blood and mortal wounds and stench.”

Impressive as these sentences are, they add up to a deeply annoying sentiment: a rehash of Hemingway’s trope of writing as battle, with the fog of war providing convenient cover for sloppiness. (Papa’s own attempt at an epic, For Whom the Bell Tolls, is equal parts distinguished and ridiculous.) Yes, any large-scale work of fiction is bound to contain rough patches, and stylistic virtuosity can easily become its own kind of macho competition. But to claim that perfection isn’t the goal of art is to play semantic games. And to strive for a “torrential” style is, in part, to hedge your bets: a book that pretends to know everything stands a good chance of sounding smart about something.

The most talented female novelists do write books of great scope and learning, but these tend to evoke vastness rather than literal-mindedly embodying it. I’m thinking of a book like Willa Cather’s My Ántonia, which tackles an epic-caliber subject—the settlement of the Midwest by pioneer families—but grounds it in prose so gorgeously spare it makes most poems seem bloated. Or Amy Bloom’s recent Away, a masterful historical novel that wears its research lightly, spanning two continents and conjuring a whole era in 250 pages.

Sweeping doesn’t have to mean sprawling, and “real combat” isn’t always gory, bare-knuckles boxing. It can be more like martial arts, which prizes a devastating economy of movement. Alternatively—and here’s where criticism’s worst Stockholm sufferers will really flinch—great novels can give pleasure; nobody has to get beaten up at all.

Storytellers should be Scheherazade, holding us captive in spite of ourselves, not the king, intimidating us into submission.

I’m not trying to dismiss the Epic Novels—that would be unfair, since I’ve failed to finish, or start, so many of them—but I do wish we could stop lauding them for swollen “ambition.” Why can’t achievement be the standard instead? Male or female, novelists should be judged not by how much they throw at the wall, but by how much sticks. Until that happens, authors who equate length with power will keep right on overcompensating.