Inside the Mind of a Psychopath

The amygdala is a part of the brain that plays a key role in processing emotions. How does the amygdala function differently in a psychopath's brain from that of a normal person? 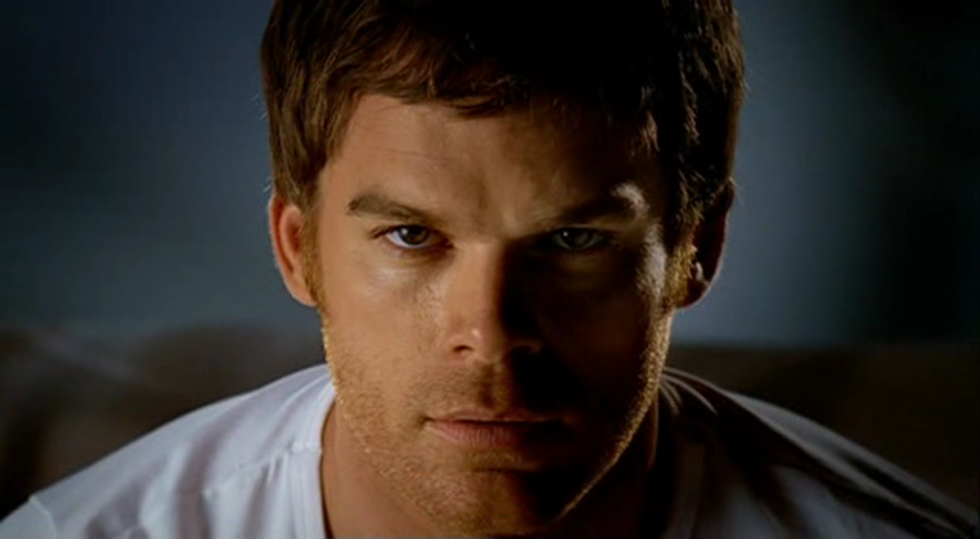 In the most recent episode of Dexter, Showtime's series about a sympathetic serial killer, Michael C. Hall's eponymous character attempts to explain what makes him tick to his sister Debra, who has found him out. He turns to neuroscience:

Dexter: An alarm is going off inside my lizard brain.

Debra: Great, now my brother has a lizard brain!

Dexter: The amygdala, the most primitive part of the brain that senses danger. Harry taught me to listen to mine.

Debra: Well, you excuse me if I don’t put faith in your amygdala!

Dexter: But you already have, Deb…dozens of times. All the murderers I’ve helped you catch, who got brought down because of my huntches. My lizard brain has been your secret weapon all along, you just didn’t know it.

The amygdala, or "the brain's CEO of emotion," plays a key role in processing fear and emotional memories. So is there really a difference between Dexter's brain and that of a normal person? Cambridge psychologist Dr. Kevin Dutton tackles this question in his fascinating new book, The Wisdom of Psychopaths: What Saints, Spies, and Serial Killers Can Teach Us About Success. Dutton will also be examining the fictional character of Dexter in detail at an appearance with Michael C. Hall at The Rubin Museum of Art in New York City on October 24th.

(While the Dexter program is sold out, The Rubin Museum series is worth keeping an eye on. It brings "neuroscientists, Buddhist philosophers, psychotherapists, and other influential thinkers together with notable creative personalities" such as actors Liev Schreiber and Julianne Moore, philosopher Jesse Prinz, developmental psychologist Alison Gopnik and many others. Dutton's book is also worth keeping an eye on, and we will make sure you do, as it has been selected as Big Think's Book of the Month for October. With ringing endorsements from Big Thinkers V.S. Ramachandran and Jesse Bering, this compelling and entertaining examination of psychopaths was an easy choice for the spookiest month of the year. "I have cradled John Wayne Gacy's brain in my hands," Dutton writes in the first chapter. Are you hooked yet? We look forward to having Dutton on Big Think to discuss the book in greater detail.)

Now back to amygdala. Dutton points to recent research that suggests psychopaths not only have the capacity to recognize emotions but they are actually "better at it than we are." The disconnect, however, is "between knowing what an emotion is and feeling what it's like." Dutton calls this the difference between "hot and cold empathy." Dexter is great at "abstract, nerveless prediction," a cognitive skill set that enables him to catch other killers. He's not very good, however, at the "touchy-feely type" of empathy.

To illustrate this, Dutton points to research that used the famous "trolley problem," a psychological experiment that was introduced by Philippa Foot in the 1960s: A railway trolley is headed down a track toward five people who are trapped. They will die unless you divert the trolley onto another track. But here's the hitch: there is a person stuck on that track as well, and that person will die. What do you do?

Dutton points out that both psychopaths and normal people have little difficulty making the "utilitarian" choice of choosing to kill one person instead of five. However, the philosopher Judith Jarvis Thomson proposed a variation to the trolley problem, and the results of this test are quite different.

Thomson's variation is this: "You are standing behind a very large stranger on a footbridge above the tracks. The only way to save the five people is to heave the stranger over. He will fall to a certain death. But his considerable girth will block the trolley, saving five lives. Should you push him?"

According to Dutton (citing the Harvard psychologist Joshua Greene, who observed psychopaths and normal people dealing with this dilemma), the variation of the trolley problem involves a "personal moral dilemma" that "hammers on the door of the brain's emotion center, known as the amygdala." While this dilemma makes normal people "circumspect and jittery," and 90 percent refuse to push the stranger off the bridge, Dutton writes that psychopaths, "without batting an eye, are perfectly happy to chuck the fat guy over the side, if that's how the cookie crumbles."

In other words, if you, assuming you are a "normal" reader, are hooked up to an fMRI machine, your amygdala would "light up like a pinball machine" when presented with the "personal" version of the trolley dilemma. However, if Dutton performed the same test on a psychopath, he writes, "I would see only darkness." The same would be the case if you showed a psychopath images of famine victims: their brains "merely pull down the emotional window blinds and implement a neural curfew."

The lesson here is not a completely dark one. "I think every society needs particular individuals to do its dirty work for it," Dutton quotes the evolutionary psychologist Robin Dunbar as saying. We need doctors who won't pass out at the sight of blood, for instance. We also need leaders who aren't afraid to make tough decisions: "If you know where the buttons are and don't feel the heat when you push them, then chances are you're going to hit the jackpot," Dutton writes. Let's return to the trolley problem again. If utilitarianism is the goal -- creating the greatest happiness for the greatest number -- there is bound to be some ruthless psychopathy involved in achieving it. "Some group or cause," Dutton writes, "has to bite the bullet for the greater good."

This is also the type of logic that would appeal to someone like Joseph Stalin. So while we need a strongman with "the balls to pull the trigger," as Dutton puts it, we also need a system of checks and balances that will protect us from the kind of people who held power during, say, the Dark Ages. Harvard Business School Professor Paul Lawrence argues that the U.S. Constitution was designed to do just that in this video.

If we have constitutional remedies to curb the power of psychopathic leaders, what do we do about serial killers? In the case of Dexter, the fictional serial killer operates according to a code. He only kills guilty people who have beaten the system, and intervenes in order to prevent them from killing again. In other words, Dexter delivers vigilante justice. In the cable series, we look forward to Dexter killing the bad guys off, but it is difficult to imagine a real world scenario where we would tolerate that.

After all, we live in a world that is fundamentally different from that of Dexter, who recognizes emotions in others, but doesn't feel them himself. It is Dexter's lizard brain (or aberrantly functioning amygdala) that detects danger and then allows him to kill without blinking an eye.