What the Genomic Revolution Means to You

Scientific advances are coming fast and furious, and so it is becoming increasingly important to become familiar with aspects of genomics that will impact routine medical care in profound ways. 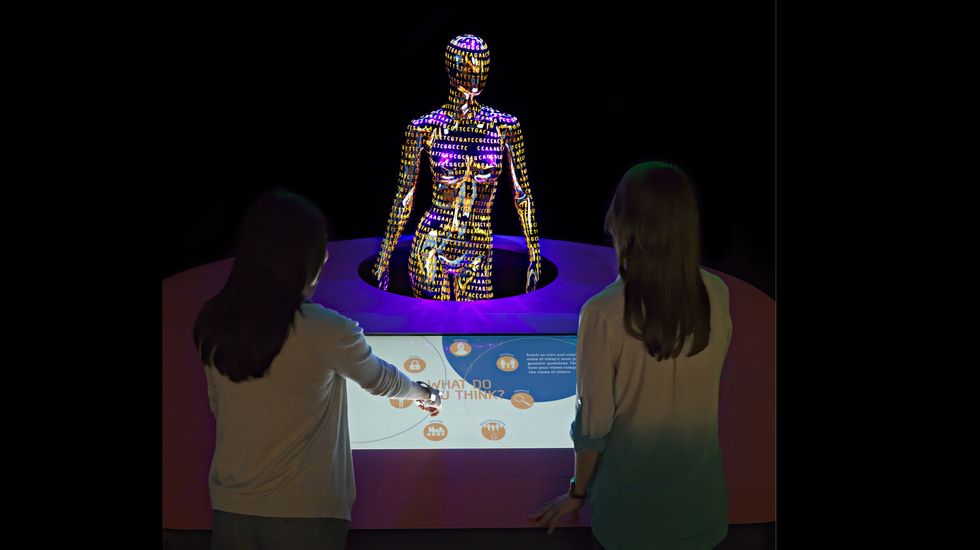 Sequence the human genome. Put a man on the Moon.

These grand challenges were equally audacious. They both involved thousands of scientists working on projects of unprecedented scale in each respective field. The timelines behind these projects were audacious as well.

Send a man to the Moon in one decade. Sequence the human genome in 15 years.

The genome was sequenced ahead of schedule. It took 13 years. But the work didn't exactly stop there. The Human Genome Project gave us the genomic blueprint, the ordering of the letters of our genome—all three billion of them. Scientists then had to try to "read those letters, understand that language, figure out that grammar," explains Eric Green, director of the National Human Genome Research Institute.

This challenge required the development of computational methods that would allow scientists to interpret which parts of these three billion letters "are actually doing something biologically important," Green told Big Think in a recent interview. For instance, what role do differences in genomes play in human disease? That's the great frontier in biomedical research.

The scientific advances, however, "are coming fast and furious," Green says, and so it is becoming increasingly important for the general public to become familiar with aspects of genomics that will impact "routine medical care in profound ways."

This realization led Green to initiate a partnership with the National Museum of Natural History at the Smithsonian and the debut of an exhibition called “Genome: Unlocking Life’s Code” on the tenth anniversary of the completion of the Human Genome Project.

The multimedia exhibition—on view at the National Museum of Natural History through Sept. 1, 2014—is designed to provide the general public with the most cutting edge information.

So how will the genomic revolution affect your life?

"Nobody ever keeps up with Moore’s Law except the computer industry," says Green, referring to the observation that computer processing power doubles roughly every 18 months.

Even by using "the old fashioned method" of DNA sequencing, Green says the genome project kept up with Moore's Law quite effectively. Now that sequencing methods have been sufficiently industrialized, progress in the field of genomics has actually outpaced Moore's Law.

In the video below, Green explains how new technologies for sequencing DNA are becoming increasingly small and increasingly cheap. One such device plugs into the USB port of a laptop computer. "I’m told it can sequence a human genome in something like a day," Green says.

“Genome: Unlocking Life’s Code” will be on view at the National Museum of Natural History through Sept. 1, 2014, when it will begin a tour of venues throughout North America.