Are You a Psychopath? Take the Test. 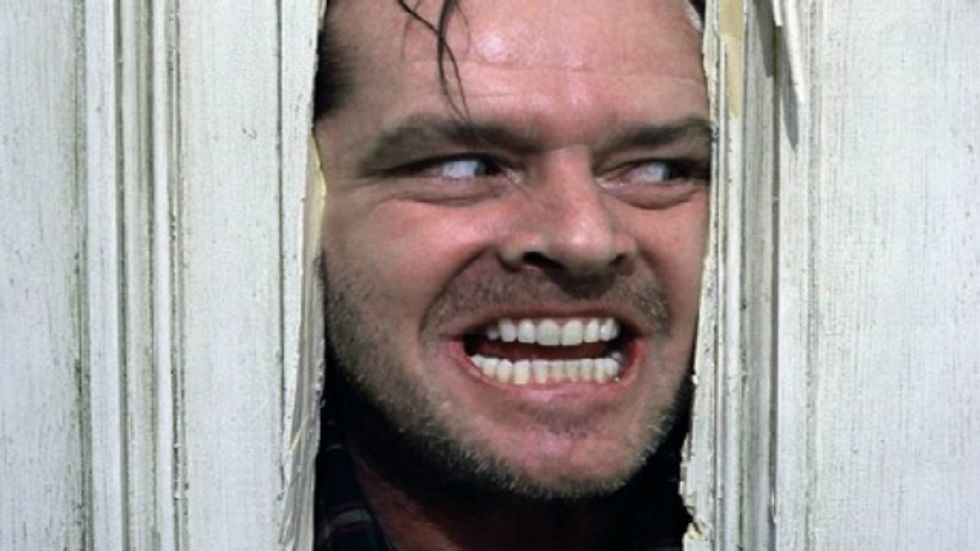 The famous "trolley problem" was a psychological experiment developed by Philippa Foot that involved a railway trolley headed toward five people who can't get out of the way. These people will die unless you, the subject of this experiment, decide to divert the trolley onto another track. That decision comes with a cost. There is another person stuck on that track as well, and that person will die. What do you do?

Well, most people have little difficulty making the "utilitarian" choice of choosing to kill one person instead of five. However, the philosopher Judith Jarvis Thomson proposed a variation to the trolley problem, and the results of this test are quite different.

Thomson's variation is this: "You are standing behind a very large stranger on a footbridge above the tracks. The only way to save the five people is to heave the stranger over. He will fall to a certain death. But his considerable girth will block the trolley, saving five lives. Should you push him?"

This question was taken up by the Cambridge psychologist Dr. Kevin Dutton in recent book on psychopaths called The Wisdom of Psychopaths: What Saints, Spies, and Serial Killers Can Teach Us About Success. So how do people with psychopathic tendencies differ from normal people when taking this test and what does it mean? The results may surprise you.

Dutton administers the test in the video here:

According to Dutton (citing the Harvard psychologist Joshua Greene, who observed psychopaths and normal people dealing with this dilemma), the variation of the trolley problem involves a "personal moral dilemma" that "hammers on the door of the brain's emotion center, known as the amygdala." While this dilemma makes normal people "circumspect and jittery," and 90 percent refuse to push the stranger off the bridge, Dutton writes that psychopaths, "without batting an eye, are perfectly happy to chuck the fat guy over the side, if that's how the cookie crumbles."

In other words, if you, assuming you are a "normal" reader, are hooked up to an fMRI machine, your amygdala would "light up like a pinball machine" when presented with the "personal" version of the trolley dilemma. However, if Dutton performed the same test on a psychopath, he writes, "I would see only darkness." The same would be the case if you showed a psychopath images of famine victims: their brains "merely pull down the emotional window blinds and implement a neural curfew."

Dutton says there is a benefit to this lack of emotion expressed in psychopaths if they are -- as crazy as this might seem -- in positions of leadership. Here's one example, the facts of which have been disputed by historians, but which nonetheless serves as an illustration of the trolley problem on a grand scale.

In his book The Ultra Secret, F. W. Winterbotham argued Winston Churchill knew that the Germans would be bombing Coventry in 1940, but decided not to alert air defenses because it would have compromised Ultra, the British intelligence system that would later be credited with making D-Day a success.

While historians have disputed that Churchill knew the actual target of the raid was Coventry, this "what-if" history certainly makes for an interesting psychopath test:

Would you let 568 civilians perish in the raid on Coventry if that meant many more British soldiers and civilians would ultimately be saved? What would your brain scan look like when the German bombers flew to their targets unmolested? That's the kind of question that isn't asked in presidential debates, but maybe it should.