When it comes to managing distractions at work, I want you not simply to survive those distractions, but thrive through them. 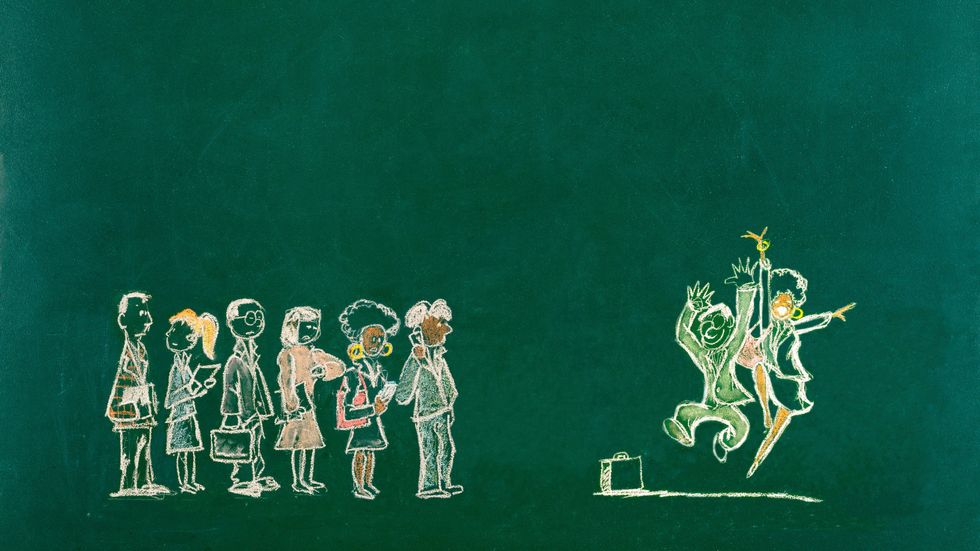 When it comes to managing distractions at work, I want you not simply to survive those distractions, but thrive through them because you’re working from your personal Productivity Style.

As a refresher course: Your personal Productivity Style is your personal approach to planning and allocating effort across goals, activities, and time periods.

A Prioritizer is that guy or gal who will always defer to logical, analytical, fact-based, critical, and realistic thinking. To increase her efficiency, she will time how long it takes to complete certain tasks in order to more accurately plan her days and weeks. She has never met a goal she did not like and applies a laser-like focus to ensure she accomplishes her goals. She is so fixated on execution that she doesn’t spend much time or energy on how it is completed. At times she has a tendency to be controlling and rigid, and may be known in the office for her drive and competitiveness. She hates chit-chat, missing data, or oversharing of anything personal. Her emails often are only a few sentences or if possible, just a few letters.

The Planner is the team member who thrives on organized, sequential, planned, and detailed thinking. The Planner has never met a calendar or project-planning tool that he did not like. He is not known for his spontaneity, and in fact has missed opportunities due to his resistance to deviate from plans. He has been known to write something on his to-do list that has already been completed, just so he can cross it off. He thrives on schedules and action plans, and is known for his timely follow-ups. He wants you to get to the point; he’ll read the fine print himself later. He hates attending a meeting without an agenda. His emails are detailed, often including bullet points and clearly stated next-action steps.

An Arranger prefers supportive, expressive, and emotional thinking. She is the ultimate team player and excels at partnering with colleagues to get work done. She is a natural communicator and deftly facilitates project meetings. She hates when people lack that personal touch or rely too heavily on data or facts. Arrangers are talkers; they love stories, eye-to-eye contact, expressing concern for others, and asking questions about the way a project or task helps others. They have been known to need to institute a personal chat budget, only allowing a few minutes of chit chat during work hours, and have to avoid adding one more person to the cc: line on their email messages.

A Visualizer prefers holistic, intuitive, integrating, and synthesizing thinking. He thrives under pressure and is easily bored if he is not juggling multiple, diverse projects. A Visualizer focuses on the big-picture and broad concepts making connections. At times, he has a tendency to overlook details and tends to value the possibilities over process. His excessive spontaneity and impulsiveness can lead to break through ideas, but can also derail project plans at times. A Visualizer has probably not seen the surface of their desk in years because if something is out of sight, it is out of mind. And, his emails tend to be long, filled with concepts and ideas.

Carson Tate is author of the book Work Simply: Embracing the Power of Your Personal Productivity Style. She is creator of the "Working Smarter, Not Harder" and "Harness the Productive Power of Your Brain" productivity systems. Tate holds a BA in psychology from Washington and Lee University, a Masters in Organization Development, and a Coaching Certificate from the McColl School of Business at Queens University.