Nice and in control: the twin peaks of a good reputation.

When we assess a reputation we are making a prediction as to how that person would behave in certain circumstances. But since we are riddled with contradiction, this is not a simple story. Alongside the contexts in which our behaviour might change, looking within, we often have to manage tension and discomfort when our thoughts or behaviours conflict. If I know that drinking can cause seven types of cancer⁶ and I carry on drinking this creates cognitive dissonance which threatens my reputation for consistency. This I have to resolve by compartmentalizing or rationalizing my thoughts and behaviour while actively avoiding situations where they obviously come into conflict. The psychologist Leon Festinger discovered this tendency to confabulate when confronted with such contradictions. He studied a cult who predicted that a flood was going to destroy the earth on 21 December 1954. The most committed of them gave up their jobs, relationships, college or sold their homes to commit to the cult completely on the expectation of being rescued by a flying saucer the night before the cataclysm. Of course, on the appointed night there was no visitor from outer space, and subsequently no flood. The members stayed up until dawn in disbelief. The most zealous cult members, faced with this clash between their belief and the evidence on the day, conjured up the idea that it was because of their unwavering faith that the flood had been called off. 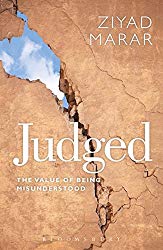 But cognitive dissonance arises most sharply under a particular condition which sheds light on the elements of a good reputation. This insight comes from another social psychologist, Eliott Aronson, who made the deep observation that we suffer most when there are threats to our reputation for consistency around either our motives or our competence. As he put it, we are most inclined to feel dissonance when we feel unable to support the claim that ‘I am nice and in control’.⁷

Steven Pinker, summing up the literature on cognitive dissonance, comments that it is ‘always triggered by blatant evidence that you are not as beneficent and effective as you would like people to think. The urge to reduce it is the urge to get your self-serving story straight’.⁸ And the consequent need for a coherent social narrative to describe ourselves over time requires we are able to present a convincing account on both fronts. The social psychologist Susan Fiske and her colleagues have been most recently associated with claiming universal status for this distinction between motives and ability, which she contrasts as ‘warmth’ versus ‘competence’:

“According to recent theory and research in social cognition, the warmth dimension captures traits that are related to perceived intent, including friendliness, helpfulness, sincerity, trustworthiness and morality, whereas the competence dimension reflects traits that are related to perceived ability, including intelligence, skill, creativity and efficacy.”⁹

In general, she points out, that while we have a slight preference for warmth over competence – limitations on the former, after all, hinder other people, whereas weakness on the latter dimension mainly hinders the self – the most desirable reputations come from achieving both.

In the reputation economy, we need to achieve warmth and competence, popularity and authority, being liked as well as being respected. Which reputation wins out depends on context and what is at stake. In the film Saving Mr Banks the main character Pamela ‘P.L.’ Travers (who would later write Mary Poppins) has a difficult upbringing which we see through a series of flashbacks. In particular, she has mixed feelings about her parents. She adores her father but can’t help noticing his declining grip on reality, his alcohol-ridden fantasies and his inability to hold down a job. But when her mother attempts to commit suicide as a result of being under so much strain we see the other side of this equation starkly. When she says to Pamela, ‘I know you love your father more than me’ and tells her to look after the other children, we see the panic on her daughter’s face at the thought of being abandoned to a complex world without expert guidance. In Pamela’s eyes her father was nice but not in control while her mother was the reverse.

The hit TV series Breaking Bad tells many gripping stories, and a key one running through the show brings out this central point about reputation. The series focuses on the transformation of Walter White (played by Bryan Cranston), from a fastidiously upright and gentle person (chemistry teacher, family man) to a feared drugs baron nicknamed Heisenberg (after the Nobel prizewinning physicist), producer of the best methamphetamine in town. Walter wouldn’t run a red light, while Heisenberg would ruthlessly murder anyone he perceives to be a threat. The transformation takes time and has complex counter-currents running throughout. At the start of the series, and the trigger for his transformation, Walter was diagnosed with a lethal lung cancer. His ‘breaking bad’ was the only way he could think of, using his expertise in chemistry, to support his family financially after his death (as well as to pay for the treatment that might extend his life). Yet despite this overarching narrative, the viewer can see other motives in play which are particularly relevant to this chapter.

Walter is no ordinary chemistry teacher. He was a particularly gifted scientist who had co-founded Gray Matter Technologies with his friend Elliott Schwartz.¹⁰ He and Schwartz fell out over Walter’s then-girlfriend Gretchen, who went on to marry Schwartz. The fall-out led Walter to sell his stake in the company for $5,000 and then watch it grow into a multi-billion-dollar enterprise. This is the most acute type of social comparison Walter can suffer. His friend and his ex-girlfriend, now happily married, invite him to lavish parties at their mansion and try to be kind to him. They even offer to pay his huge medical bills when they learn of his diagnosis.

Not only does Walter refuse the offer (pretending to his wife that he has accepted it), he starts to reveal signs of the years of bitterness, humiliation and rage he has, until now, managed to suppress. And it is this set of motives that I’d argue best explains how he is capable of such a sustained transformation. However slippery a slope he is on (as the levels of risk and violence climb alongside the body count), Walter never loses his footing. The programme does a good job of showing the conflict he must endure, his better angels wracked by guilt and panic, his demons keeping him ruthlessly focused and proud of his ability to outwit his many enemies.

And it is these angels and demons we often have to deal with as we manage our reputations. They represent those two axes of a good reputation that often seem overlapping but are in fact conceptually distinct. Walter was nice but Heisenberg was in control.

Why do we need both of these attributes? And how do they come into conflict with each other? A good place to start is to think about what it means to trust someone. Colloquially, when you say you trust somebody it is natural for that to be an assessment of their motives, values or ethics. You trust them not to let you down because you trust their sincere intentions will ensure they do not put other self-serving motives ahead of doing the right thing. This aspect of trust is clearly centrally important to a functioning hyper-social animal, like us. What we recognize less often is that competence is equally central to trust. The bridge after all has to be strong enough to hold you up. Your ability to trust me is based on my perceived morality and my perceived capacity to deliver on my promises.

Not that either of these is a simple concept or easy to determine. But in essence, if I don’t trust you to take my money to the bank, it’s because I fear you might pocket it (not very nice) or that you might lose it (not in control). In some ways this links back to our discussion of shame and guilt in the last chapter. We can blame someone for a moral failing in a different way to a physical failing because they have more control over the first, and thus can be held more accountable. And we suffer in distinct ways when we fail to achieve these forms of good judgement. If I fail to come across as nice this might trigger guilt. I’ve transgressed morally in some way. If I fail to be in control, competent, skilled, I am more likely to experience shame, and might feel repelled by my own clumsiness or weakness.

And so it is with Walter, who experienced enormous shame for being the nice guy who came last, while Heisenberg constantly battled guilt as a result of his nefarious and violent transgressions. The sad fact is that we need to choose between the two more than we would like – there are too often cases of people being well motivated but ineffective, and of the reverse. It is hard to be both kind and competent; to be both warm-hearted and cool. The need for status, power, money, sex, self-esteem and so on play havoc with our better angels and risk beginning to turn our Walter Whites into Heisenbergs at any moment. And we make assessments of each other as to the likelihood of those mixed motives coming into play.

⁶ Even though he calls the book The Seven Basic Plots and these form the structure of the first section of the book, later on he adds two more. The first is ‘Rebellion Against “The One”’, where the protagonist resists a tremendous enemy force until overwhelmed by that power. The second is ‘Mystery’, where someone steps into an awful but unexplained event and has to make sense of what happened.

⁹ Some, of course, are written by the deceased themselves. An obituary editor says you can always tell when an obit was written by the person themselves because the penultimate paragraph tends to go ‘one area of their many achievements that was overlooked’.

¹⁰ Though it is telling that Spike Milligan’s ‘See, I told you I was ill’ is rendered in Gaelic so as to come across as less blunt to passing onlookers. We don’t think of death a laughing matter. Presumably Irish speakers are considered to be more philosophically resilient.

Excerpted from Judged: The Value of Being Misunderstood by Ziyad Marar. Copyright © Ziyad Marar, 2018. Published by Bloomsbury Academic, an imprint of Bloomsbury Publishing. Reprinted with permission.

We don’t know when or how music was originally invented, but we can now track its evolution across space and time thanks to the Global Jukebox.
Up Next
Politics & Current Affairs

To achieve gender equality, we must first tackle our unconscious biases

People often argue that most Western societies have achieved gender equality. Despite this, feminists continue to argue that the battle is not yet won.