10 mind-bending books on the nature of time

Why does time flow in one direction? Why do humans perceive time so differently than it really is? Is there really a difference between the present, the past, and the future? These books explore these questions and more.

Carl Sagan once said that "Books break the shackles of time." He was talking about how books allow you to peer into the past, but books can also offer us a better, more accurate understanding of the nature of time, no matter how bizarre that nature really is. This list offers 10 books on time ranging from the simple to the complex, the entertaining to the academic, and everything in between.

1. A Brief History of Time 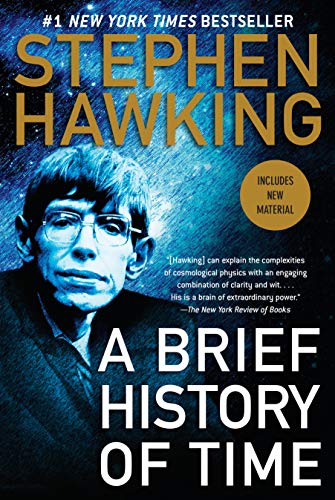 Predictably, this list must begin with Stephen Hawking's A Brief History of Time. Some may have held off on reading it due to the daunting subject matter — his book may have sold 10 million copies, but Hawking was well aware of its reputation as "the most popular book never read"

Rest assured, A Brief History of Time was written specifically for those of us who don't know our quarks from our gluons. It briefly covers the origin, development, and future of the universe but in a comprehensive, digestible, and — most importantly — enthusiastic way. Here's an excerpt:

Even if there is only one possible unified theory, it is just a set of rules and equations. What is it that breathes fire into the equations and makes a universe for them to describe? The usual approach of science of constructing a mathematical model cannot answer the questions of why there should be a universe for the model to describe. Why does the universe go to all the bother of existing?

2. The Order of Time 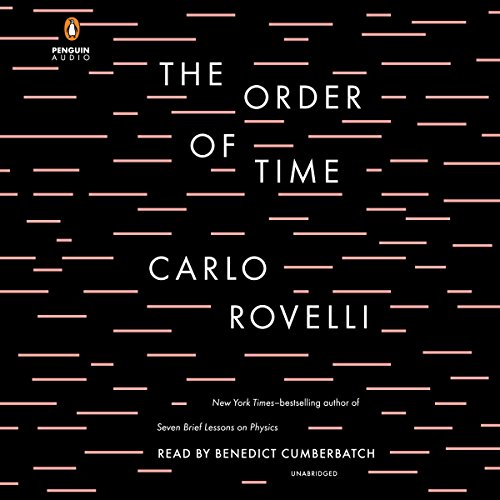 Carlo Rovelli is a theoretical physicist at Axis-Marseille University best known for his Seven Brief Lessons on Physics. Like A Brief History of Time, The Order of Time is designed for the layman, but Rovelli's style differs significantly Hawking's. Rovelli writes in a lyrical, almost poetic style, supplementing the heady physics of time with quotes from figures such as Shakespeare and the Greek philosopher Anaximander. It's a pleasant read, but the combination of hard science and philosophy particularly lends itself to the audio book version narrated by Benedict Cumberbatch. You can listen to a sample of the audio book in the video below.

Benedict Cumberbatch on The Order of Time www.youtube.com 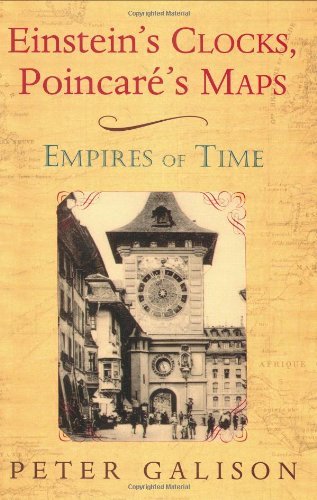 There are few concepts more crucial to our modern understanding of time than the theory of relativity, most famously elaborated by Albert Einstein. However, Einstein's theory didn't emerge from a vacuum; his contemporaries were hard at work on relativity, including his rival, Jules Henri Poincaré.

In essence, the theory of relativity showed that there was no such thing as a universal time; time flows differently for different systems. In Einstein's Clocks, Poincaré's Maps: Empires of Time, author Peter Galison explores the extraordinary period of history when this theory was discovered. Rather than serving as a solely scientific exploration of time, Galison's book has been described as "part history, part science, part adventure, part biography."

4. Your Brain is a Time Machine 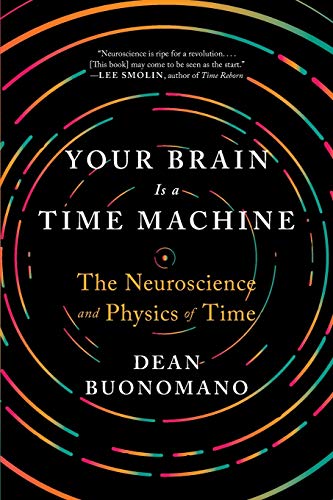 Part of what makes learning about the physics of time so fascinating is how wildly it differs from our intuitive understanding of time. Though we can conduct experiments and analyses to develop an objective conceptualization of time, we're still stuck with the way our squishy brains like to perceive time. But thinking that our "natural" view of time is less interesting would be wrong.

Physicists and philosophers espouse the idea of eternalism — that there is no fundamental difference between the past, present, and future. "There is absolutely nothing particularly special about the present: under eternalism now is to time as here is to space," writes neuroscientist Dean Buonomano in Your Brain is a Time Machine. But in our perception, "now" is the most important aspect of time, the only accessible portion of it.

In his book, Buonomano explores the myriad ways our brains and bodies keep track of time, how we travel through time in our own way, and how this biological sense of time clashes or connects with the physics of time. 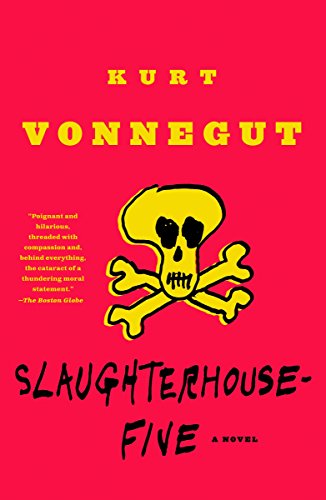 You don't have to stick to hard science to build an understanding of time. In fact, doing so would provide a lopsided picture of time, leaving out the crucial fact that we are subjective individuals with unique points of view.

To learn more about this aspect of time, we have to turn to literature: Kurt Vonnegut's Slaughterhouse Five traces the contours of how time affects us, our memory, and most of all how trauma distorts our sense of it.

Billy Pilgrim, the book's antagonist, survives the firebombing of Dresden by hiding out in a slaughterhouse — an event that Vonnegut lived through himself — only later to become unstuck in time, forced to witness the events of his life randomly, without any control, over and over again:

Billy has gone to sleep a senile widower and awakened on his wedding day. He has walked through a door in 1955 and come out another one in 1941. He has gone back through that door to find himself in 1963. He has seen his birth and death many times, he says, and pays random visits to all events in between. 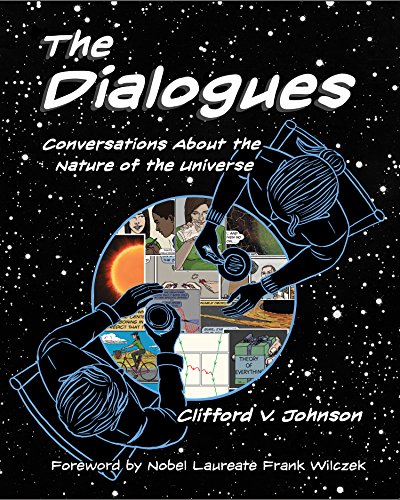 One of the intractable problems with physics is how darn abstract it is. Getting a good understanding of science sometimes requires the use of visual aids. That's why The Dialogues made this list; though it doesn't focus specifically on time, it does cover the nature of time, along with numerous other subjects in the sciences as portrayed through illustrated conversations.

7. From Eternity to Here 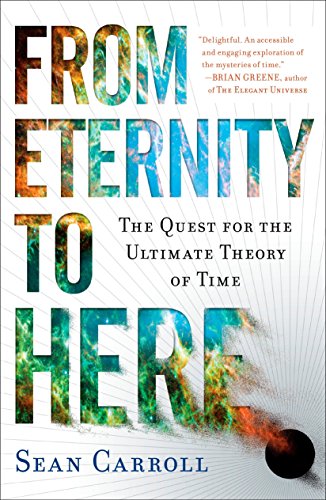 Sean Carroll's From Eternity to Here focuses on a specific characteristic of time and offers a theory on how time operates. Carroll's book examines what physicists refer to as the arrow of time, or the idea that time always seems to be moving in one direction — into the future, forward, and not backward.

There's no real reason for this to be the case, however. Why doesn't time flow backward? In his book, Carroll posits that it could be because the Big Bang wasn't the start of the universe, that conditions from before the Big Bang have determined that the arrow of time flows forward. Carroll explains this possibility in his TED Talk in the video below:

Cosmology and the arrow of time: Sean Carroll at TEDxCaltech www.youtube.com

8. A World without Time 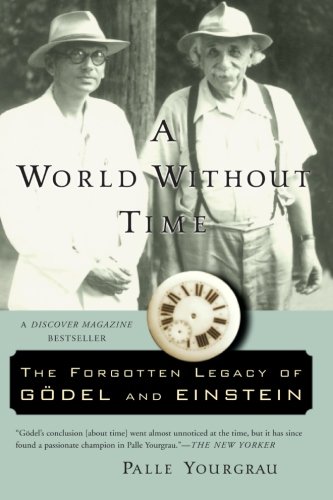 In A World Without Time, Palle Yougrau covers Einstein's and Gödel's friendship, the underpinnings of Gödel's time-less philosophy, and how modern cosmologists and philosophers seem to have forgotten all about Gödel.

9. The Fabric of the Cosmos 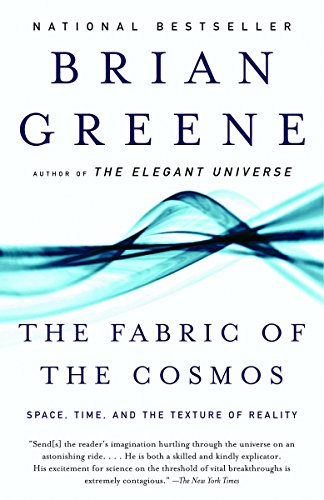 Physicist Brian Greene lays out the fundamental nature of the universe in this book, dedicating one out of its five parts to time and experience. In it, he explores the flow of time, how the laws of physics apply equally as well when time flows backwards as it does when it flows forwards, and the nature of time in the quantum realm.

Greene also explores many other aspects of the universe, including some ideas that are controversial amongst scientists, making this a valuable read for those interested in more than just time. "Cosmology," writes Greene, "is among the oldest subjects to captivate our species. And it's no wonder. We're storytellers, and what could be more grand than the story of creation?"

10. The Direction of Time 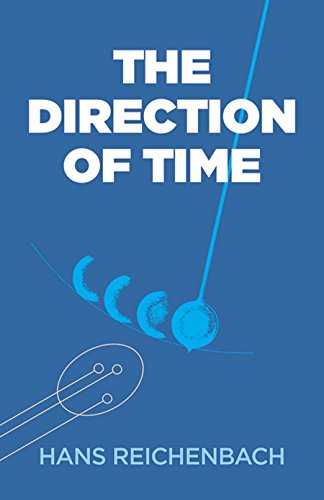 Hans Reichenbach was a philosopher of science from the 20th century, and as such, his perspective is a little different than that of career physicists. In his work, The Direction of Time, Reichenbach analyzed the philosophical implications of the many exciting findings of the theorists of his day. In fact, Rovelli, author of The Order of Time, cited it as one of his favorite books on time. In a review of The Direction of Time, Rovelli writes,

He was the first, as far as I know, to fully grasp the implications of the fact that the growth of entropy is the only law of physics that distinguishes the past from the future. This means that the existence of traces, memories and causation are just byproducts of entropy growth. This is a shocking realisation, which I believe has not been fully digested yet.