Balancing Work and Training for a Marathon 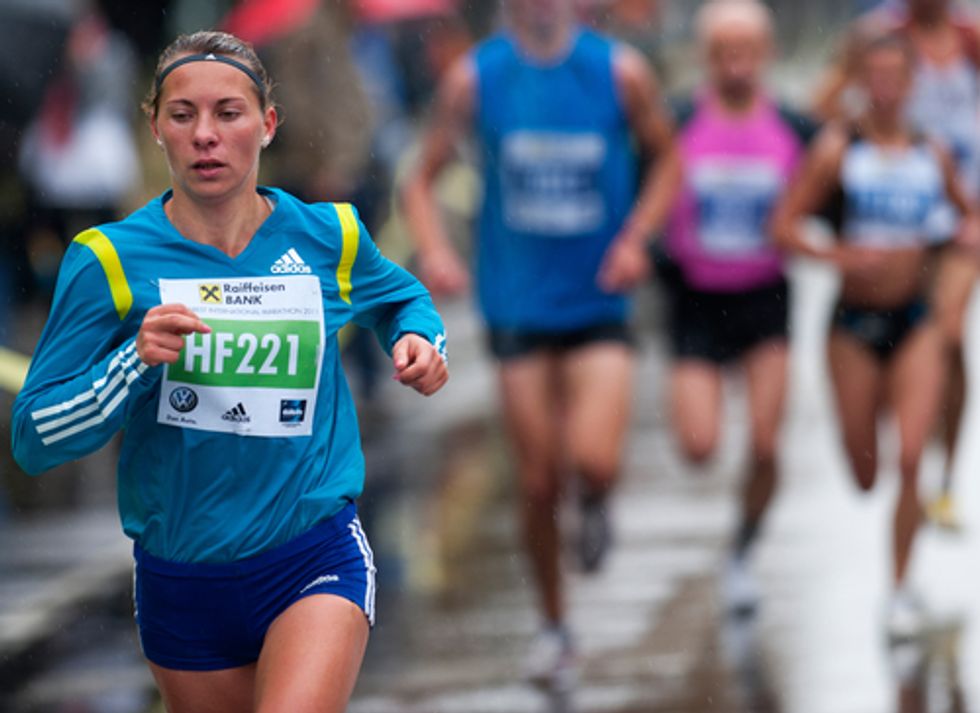 I knew things weren’t going well when I rounded a bend on Ocean Parkway, a highway that slices through the eastern neighborhoods of Brooklyn on its way to Coney Island. On that morning in May, Ocean Parkway was packed with thousands of runners, all car traffic shut down for the Brooklyn Half Marathon.

Guess what else was shutting down? Me. I’d reached mile eight and things just weren’t feeling great. My energy was fine, and this would be my third half-marathon (not to mention a full marathon several years ago) so I was far from unfamiliar with the pace, but my legs were sending me a message: “We’re not going any further.” After trying unsuccessfully to slow down and see if that felt any better, I staggered off the course shortly before the nine-mile mark. Even if I tried to walk, I wasn’t going to make it in one piece.

It’s tough admitting to yourself that you can’t do something. It’s tougher when you realize you can’t do something because you screwed it up with poor planning. Every other time I’d trained for a half marathon, I’d gotten in at least one training run that was ten or eleven miles long. This time, I’d capped them at eight. I don’t think it was a coincidence that eight miles in was when my legs started to fail.

I think it’s extremely important not just to be physically active through the means of your choosing, but to have a professional life where this is valued, too. And I’m lucky there. My company’s CEO is a marathoner and about a quarter of our New York office plays in a rugby league. Physical activity is something the whole company values. Yet you can work for the cushiest of Silicon Valley giants with their persistent work-life-balance drumbeat and still find that you’re having issues staying in shape.

And I was having issues — my time management had been incredibly poor. I’ve been traveling a lot for work, and working longer and more hours than in my previous gig as a freelance consultant, but that doesn’t have to be an excuse for getting out of shape or failing to tackle long-distance racing goals. Here’s what I’ve taken to heart.

1. Work out at the time that’s best for you — and schedule it at the start of each week. I used to work at Google, where the company’s shared calendars were sacred -- “Find some available time for that meeting, my cal is up to date” -- and one of the things that I was initially shocked and impressed by was the fact that employees would carve out 90-minute blocks of time and mark them on their calendar as “Gym.” Unless it was an emergency, you did not mess with scheduling during this time.

There are some bosses out there who will say, “Work out before work,” or “work out after work,” and ban lunch-break or midafternoon workouts even for employees who are willing to show up earlier or stay later to accommodate them. I don’t think many of them realize the extent to which they may be killing employee productivity; getting in a workout is an incredible energy boost that can turn around the 2PM doldrums entirely. The fact of the matter is, some people work out more effectively at different times of the day, and I’d wager that certain exercises are more effective and enjoyable at different times as well. With a few exceptions (e.g. where there are extremely clear time constraints to the workday involved). Being a boss who says you support healthy, fit employees and then tells everyone that 5:30 AM to 8 AM is their only window for workouts is counterproductive, if not hypocritical.

2. When you’re traveling, figure out your workout game plan before you leave. When I’m going to a sprawling, conference-meets-massive-party event like SXSW or Cannes Lions, I realize that working out is going to be tough because attendance (especially if you run events like I do) dictates staying out extremely late even if you’re not throwing back the whiskey. So when one of these is involved, I typically accept that I won’t be able to fit in hour-long runs and try to do some basic core work in my hotel room when I get a minute. I also tend to note that perhaps it’s not worth enrolling in a half-marathon that’s a week after one of these exhausting work events. And that’s OK. There are plenty of other races on the calendar.

For more standard business trips, I either call ahead to find out about the equipment in the hotel gym, or I do a quick online search for running paths near the hotel in question. No matter how basic the research is, doing some planning makes me way more likely to work out.

3. Be open about fitness with your co-workers and bosses. You might think it amounts to humbebragging if you mention at the office that you’re training for a marathon, especially if you work in an office where there are few other amateur athletes, but think of it as a kind of self-preservation tactic. If it’s down to the decision between you and one other employee to take on a big weekend project, it may help if your co-workers have been aware for weeks that you’re training for a marathon and that you have to get in your 18-mile training run this weekend.

Talking about workout goals and other adventures in physical fitness at the office also might help you stick to your goals better — if 10 people in your office know you’re training for it, after all, that might be what pushes you over the edge when you’re about to hit a wall. In my case, it didn’t this time, but we all have bad days. I’m hoping next time it may help me with momentum.