There is plenty that we still don’t know about hydraulic fracturing, or fracking, a method that has been used to greatly increase natural gas production in the U.S. and around the world. Here’s what we do know. Fracking involves pumping a mixture of water, sand and chemicals deep into underground shale formations. The rock layer is then shattered, creating fissures through which methane gas and toxic chemicals are released, potentially contaminating groundwater supplies. 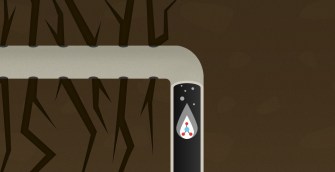 To better understand the process of fracking (and its potential dangers), you can check out this website, which is not only informative, but beautifully designed to scroll through on your iPad.

To Frack or not to Frack

Depending on who you speak to, fracking is either America’s solution for energy independence, or an environmental catastrophe of enormous scale in the making.

Let’s start with the proponents.

The U.S. is entering a golden age of gas in which the country will not only meet its own energy demand, but could also become a major exporter. That’s what the gas industry has been saying for some time, and its 100 years of gas meme was taken up by President Obama in his 2012 State of the Union Address:

We have a supply of natural gas that can last America nearly one hundred years, and my Administration will take every possible action to safely develop this energy. Experts believe this will support more than 600,000 jobs by the end of the decade.

This claim has been contested, as some of the country’s gas reserves are classified as “proved,” others are “probable” while still others are “speculative.” And yet, the abundance of natural gas has caused prices to fall by 80 percent in the last four years in the U.S. Compared to coal and other fossil fuels, the burning of natural gas (methane) releases 40 percent less carbon dioxide as well as fewer other harmful chemicals into the atmosphere.

That all adds up to a pretty good argument for natural gas to play a leading role in the transition to a low-carbon economy. Natural gas is “abundant, cleaner burning and affordable.” Sounds like a win-win-win. Frack, baby, frack!

However, not everyone is convinced that natural gas is the climate change solution that its boosters claim it to be. Furthermore, while the gas industry contends that fracking is safe, environmentalists have raised concerns about groundwater contamination, air pollution, the unsafe disposal of drilling wastewater and the degradation of rural landscapes. What makes this debate more complicated is that regulations are wildly different state-by-state. Furthermore, most states lack the resources to conduct rigorous reviews, while the industry has disclosed very little information about the chemicals that are used in fracking.

So the jury is clearly still out. And yet, new studies on fracking have been slowly seeping out, such as one this week published in the Proceedings of the National Academy of Sciences that presented evidence that fracking — which occurs thousands of feet below the surface — can still pollute shallow aquifers.

As the natural gas boom promises to fundamentally reshape our energy portfolio, we need to have a firm grasp on how this energy source could impact our health, our environment, and our bottom line.

In the video below, Fred Krupp, President of the Environmental Defense Fund and co-author of the 2008 bestseller Earth: The Sequel, walks us through the major concerns about fracking. Krupp was a member of Energy Secretary Chu’s task force on natural gas, and he offers advice for policy makers, forward-looking companies, savvy consumers and concerned citizens — all of whom have a strong stake in this issue.

Fred Krupp is not your grandfather’s environmentalist. Krupp has left a lasting mark on the environmental movement by advocating the use of economic incentives, such as cap-and-trade, to reduce pollution. This approach has been enormously successful, a prime example being the 1990 Clean Air Act, which reduced acid rain dramatically.

Krupp argues for strong regulations of the natural gas industry, a position that is shared by fracking proponent and New York Times business columnist Joseph Nocera. He writes:

The truth is, every problem associated with drilling for natural gas is solvable. The technology exists to prevent most methane from escaping, for instance. Strong state regulation will help ensure environmentally safe wells.

As we pointed out earlier, however, it depends which state you are in. As Krupp points out, there have been problems such as leaks from drilling, pipelines and storage that are potentially much worse than the 2 percent estimate given by the EPA. As the Environmental Defense Fund’s website points out, “the uncombusted methane that leaks from wells and pipelines is a greenhouse gas pollutant far more potent than carbon dioxide.”

However, thanks to technology, leaks can be detected. The Environmental Defense Fund has partnered with the University of Texas, Duke University, Harvard University, Boston University and “eight major natural gas companies” to conduct scientific studies “to measure methane leakage rates across the natural gas supply chain.”

According to Krupp, the cooperation of forward-looking companies is essential. He says, “It is crucial for industry, regulators and the environmental community to work together to make sure every molecule of natural gas is produced as safely and responsibly as possible.”

The Environmental Defense Fund has set up this page on natural gas:

Another helpful animation can be found on the website for the documentary film “Gasland,” found here.

Conservative filmmakers Ann McElhinney and Phelim McAleer raised over $200,000 on Kickstarter to fund their film “Frack Nation,” which is a response to “Gasland.” McElhinney and McAleer had previously directed “Not Evil Just Wrong,” a response to Al Gore’s “An Inconvenient Truth.”

Matt Damon will star in the upcoming feature film that centers around the issue of fracking called “The Promised Land,” directed by Gus van Sant. Damon will play a corporate salesman in the drama.

The site Earth Justice put together a map that displays so-called “fraccidents,” fracking accidents that ocurred in the state of Pennsylvania.

Climate activists’ brand of iconoclasm is far removed from the Beeldenstorm that swept medieval Europe.
Up Next
Politics & Current Affairs

Market-based reforms are helping to create a service and manufacturing-based African middle class. As a result, populations are more likely to demand fairer government rule.