Alexander Scourby’s narration of the 1954 film Victory at Sea begins with these poetic couplets from the third chapter of Ecclesiastes, followed by these lines:

“Now it is a time for war: September, 1939. The Atlantic becomes the primal chasm, the wild void on whose conquest rests the fate of man.”

Victory at Sea, originally a 26-part documentary presented on NBC, was groundbreaking at its time for the American television industry. It was, after all, entertaining programming that was also history brought to life in the living room.

The program dramatizes the Second World War (mostly at sea) from Pearl Harbor to the Japanese surrender. It was edited from 60 million feet of film – including combat and newsreel footage captured from the Germans and Japanese. Each harrowing naval engagement is brought to life by Richard Rodgers’ famous score, the strains of which would later comfort Richard Nixon during his darkest hours in the White House. Indeed, the producers utilized a full arsenal of media to create what Harper’s called “a new art form.”

This new art form established compilation filmmaking as a viable television genre. The program also has special significance as a “cold war epic.” It served to shape the collective memory of the country at a time of growing tensions with Soviet Union – a former ally that is conspicuously absent in this account of allied victory. 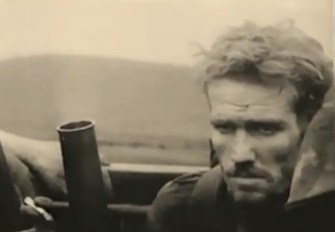 Nonetheless, on the 72nd anniversary of the attack on Pearl Harbor, Victory at Sea holds up amazingly well. What it aims to do – and succeeds brilliantly at – is combine the gritty realism of combat footage with cinematic effects that convey both the experiences of individual soldiers and sailors as well as the grand scale of the conflict.

Light carries with it the secrets of reality in ways we cannot completely understand.
Up Next

Earth is actually the brightest source of gamma-rays, the most energetic form of light.