In a recent study, written up in the journal Psychological Science, scientists used both Google glass recordings and images from Google Street View on the study volunteers.

In both cases, they saw a noticeable difference in the amount of time that subjects actually looked at other people between those who self-identified as wealthy and those who did not.

Recognizing this could both explain and perhaps begin to solve some of the problems that exist as our society becomes more divided economically. 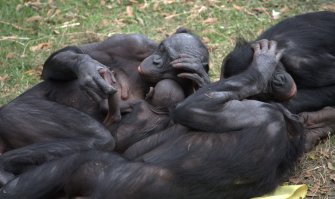 When it comes down to it, it’s all about survival. This study actually brought to mind a conversation I had with a friend of mine who explained to me the necessity for marginalized people to connect with each other in ways that helped them survive and made them more able to depend on each other. This is because they don’t have access to the same things (technology, money to pay for everything from child care to car repairs) as the wealthy and others like them who hold resources and power. In a nutshell, the poor, working poor, and other marginalized people simply have to make those connections — culturally, spiritually, economically, emotionally, and in many other ways — or they risk not making it.

Wealthy people have other options available, so they can afford (quite literally) to not build a network of, say, child care providers within the family and community, because they can simply pay someone for that.

Another example: In communities where people don’t have the resources to hire contractors to build or repair their homes, those people make it work by doing it themselves — with the help of family, neighbors, friends. Like a good old-fashioned barn raising.

So what’s it mean for the future of humans and other living things?

I’ll let you draw your own conclusions on that one.

“The digital HQ – the digital infrastructure that supports productivity and collaboration – actually became more important than the physical HQ.”
Up Next
Health

Scientists: Do this exercise twice a week for a better brain