If you’re running a little short on potable water, you might want to take some empty jugs up to Portland Oregon, where for the next few days they will be throwing away 38 million gallons of water…treated, drinkable water… because the other night a young guy was caught on security cameras peeing into an open air reservoir.

Never mind that even if this kid had just had a whole six pack, the maximum amount of used beer he could have peed is 1/8 gallon. Into 38 million gallons, that means the level of ‘contamination’ is about three parts per BILLION. (Thanks to AP’s Seth Borenstein for the math.) And never mind that since it’s a surface reservoir, all sorts of animals do all sorts of things in the same water. And never mind that, exposed to the air, the water – already treated and pumped to the reservoir from which it awaits direct distribution to end users – receives fallout containing all sorts of chemicals and particles whenever it rains….which it does in Portland, a lot.

And never mind that, even given all those insults, post-pee tests found the water perfectly clean and safe to drink.

Portland is going to throw out 38 million gallons of water, at a cost likely to run well over $100,000, because as Water Bureau administrator David Shaff told the Portland Oregonian, “Even though there is very minimal public health risk, the bottom line is that our commitment is to serve water that’s clean…” “That doesn’t include pee. Not from people, at least.” (Duck pee? Deer pee? Racoon or skunk or RAT pee? Or POOP!!!!!!???? Apparently those are not a problem.)

Maybe the real problem is this… the video which at 1:09:12 clearly shows the young man draining himself into water that now will all be drained. To understand this essay, you need to go watch it, and come back. (Not to worry, nothing too personal shows up on camera.) 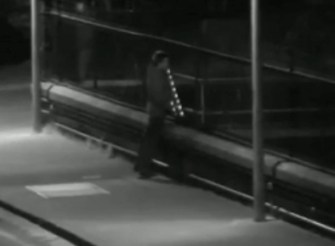 EWWWW!! ICCCK!!! DISGUSTING, right? That, of course, is the problem, the explanation for why such an irrational wasteful action is being taken. Disgust. It’s a powerful subconscious part of our risk perception system, designed to protect us from bad food and bad water and filth and disease and…well, things that are disgusting, and therefore potentially bad for us.

Do the facts matter…that there is no health risk, and the cost will be enormous? No, when it comes to risk the facts don’t matter, at least not as much as our feelings do. And disgust is a powerful part of the suite of emotions we use to gauge whether something is risky or not, and how risky it might be.

No wonder then that Portland City Commissioner Nick Fish said that “the professionals who report to me all said, ‘Dump the water. Don’t take any chances.’ It’s the conservative but correct call.” Conservative means safe…for those officials…because who among them was going to take the chance of arguing that water that’s been peed in, on camera, is safe.

That response really makes the Great Portland Pee a teachable movement in the larger issue of water recycling. The problem is that  “Don’t take chances” advice from water officials means “Don’t risk your neck stirring up controversy by telling people the water is safe when the disgust factor is so strong.” It has nothing to do with “Don’t take chances with water safety.” By the standard of that advice, we’d all have to stop drinking, period. There is no such thing as fresh water. All water has been recycled, peed or pooped in or contaminated with various potentially dangerous or disgusting things at one time or another. Tens of millions of people drink water in America taken from rivers carrying the effluent from upstream sewage treatment plants. The water was rigorously cleaned and filtered and treated before it was released, and it gets the same treatment again before it’s piped to new customers.

Most people know that… that all water is re-used, and that treatment systems work. Still, the idea of water going from somebody’s toilet to your tap just FEELS disgusting, and when it’s framed that way by officials trying to cover their butts with “total transparency”, or when you have actually SEEN some dude relieving himself into what you might soon be drinking…. EWWWW!!! ICCCKKK!!! GROSS!!! The emotion of disgust easily overwhelms our rational understanding that water can be filtered and treated and cleaned…and is…all the time.

What’s happening in Portland is precisely why cities across America have trouble building systems to re-use wastewater. As we run out of water in some places because of overuse and climate-change exacerbated drought, something has to change. The reality that risk perception is not rational, and that disgust is a powerful risk perception signal, CAN’T change. It’s built in. What can change, and must, is the ‘conservatism’ of public officials who lack the courage to explain that used wastewater can be made safe and clean.

In many places this is already happening. Where officials describe water re-use as recycling and engage the public in an open program to assure them that treatment systems work, the public accepts such systems. But where officials chicken out and, ostensibly in the name of honesty and transparency, call water recycling ‘toilet to tap’ or other descriptors that invoke disgust, opposition rises, as it did years ago in San Diego and Los Angeles, where wastewater recycling facilities were rejected. (San Diego is building one now.)

Those cities, and many others around the world, are going to need more water recycling. Understanding the power of disgust and the psychology of risk perception can help officials describe wastewater recycling systems in ways that will encourage public support. And they should thank the young dude in Portland for the lesson he unwittingly taught the world as he relieved himself the other night, on camera, in the local reservoir.

On December 19 1972, astronauts Eugene Cernan, Harrison Schmitt and Ronald Evans splashed down safely in the Pacific Ocean, ending the Apollo 17 lunar mission. They were the last people to travel […]
Up Next

How Neurocomic Gets Into Your Head

The two “go to” occupations for conveying the idea of genius are usually “rocket scientist” and “brain surgeon.” Only the best minds pursue the mysteries of the outer space beyond […]