Psychologists have known for a long time the emotional truth captured in Joseph Stalin’s chilling (reputed) observation,  “One death is a tragedy. One million deaths is a statistic.” This apparent callousness to mass suffering is a version of ‘psychic numbing’, in which the bigger the scope of the problem, the less impact you think you can have, so you care less…you donate less…you help less…because against immense problems like mass murder or starvation or refugees, or climate change or other global environmental threats, helpless is precisely how you feel. Ineffective. Powerless. This has been labeled the “Drop in the Bucket Effect.” http://papers.ssrn.com/sol3/papers.cfm?abstract_id=1937817

Studies have found that people donate more to save two lives out of four potential victims, than to save the same two lives if they are two of 1,700 possible victims. People donated more to provide clean water that would save 4,500 lives in a refugee camp of 11,000 people than they would give to save the same 4,500 lives if the camp was bigger, 250,000 people. But this is not just a matter of big numbers. It happens at even the smallest scale.

Imagine you are shown the picture and name of a child who needs your help to survive, and you are asked how much would donate to save that child. 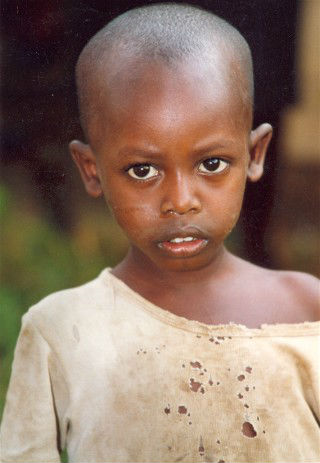 Now imagine you are shown two children and told your donation can only save one of them. 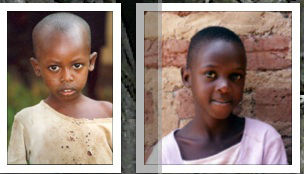 Now how much do you give? These two scenarios are pretty close to identical. In both, your donation will save one kid. But they don’t feel the same, do they?

Disturbing new research has found that people donate more to save one child’s life if they see only that one child, and they donate less to save one child’s life if they are shown pictures of two children and told that their donation can only save one of them. The good news is that this new piece of as-yet unpublished research – “Whoever Saves One Life Saves the World: Confronting the Challenge of Pseudoinefficacy”- has helped identify why this tragic irrationality occurs, an insight that might help us overcome the emotional drivers that dull our willingness to help others. What the research confirmed is what you might have assumed, that while helping feels good, knowing that you can’t help feels bad, and the bad feelings mute some of the good feelings that encourage you to help in the first place.

In a variety of scenarios, participants were asked how much they would give to save one child. They saw the child’s picture and name. Participants were also asked to rate on a 0 – 100 scale the ‘warm glow’ they got from their donation…how good did giving make them feel? Sometimes they saw only the one child. Sometimes they saw two children, or several, and they were told that their giving could only help one kid. When they saw more than one kid, sometimes they were were told specifically which kid would be saved and which ones wouldn’t. Sometimes they were only told that one kid out of the group would be saved, but specifically which one.

This is both scary, and potentially encouraging. Scary, because when our subconscious feelings overpower the rational choice – to save one kid whether he’s one of one or one of several – in real life that means we aren’t helping others as much as we could. People we might be helping are suffering, and dying, and we are not doing the individual things we could do to help address big problem like climate change –  because of this foible in our cognitive make up.

But this research is potentially encouraging because, by understanding the emotional and psychological mechanisms that motivate us to give and help – or that demotivate us from giving and helping – we can recognize how our feelings may be interfering with what makes sense, and at least try to avoid the mistake of not giving just because it feels like a drop in the bucket. Focusing on the good we can do and trying to ignore the negative feelings from knowing what we can’t, might encourage more of us give and help …and benefit more people and save more lives.

And those running aid organizations can use this research to frame their requests for our help in ways more likely to trigger the ‘warm glow’ of helping while avoiding anything that might trigger the negative feelings of not being able to help. In fact, one of the several studies within this research project tried just that, telling a group of participants in one study that while their donations could only save only one kid out of the several they were shown, other donations might help save the others. When people learned that though their donations couldn’t save everyone, that that didn’t necessarily mean the other kids would get no help, donations and self-described ‘warm glow’ ratings went up.

The introduction of the research paper quotes a scene from the end of the movie Schindler’s List. Oskar Schindler, the World War Two German industrialist who has risked his life saving hundreds of Jews from slaughter, takes off his Nazi pin and says “This pin. Two people. This is gold. Two more people. He would have given me two for it, at least one. One more person…and I didn’t! And I…I didn’t”. That is the Drop in the Bucket feeling of not being able to help enough. But it didn’t keep him from helping, a lot. As the movie closes, Schindler is given a gold ring by the 1,100 people he did save, inscribed with the saying from the Jewish Talmud “whoever saves one life saves the world entire.”

So, you want to do a little good? Tweet or Facebook of Share this post to share it’s lessons. Or maybe tell a friend about what you just learned; that we might be doing far more good in the world if we just try to fight back against the negative emotions we get from feeling helpless against all we can’t do, and stay aware of and focus on the positive ‘warm glow’ feelings we get from the good we can.

Just that…sharing this little lesson…can probably do a world of good.

April 23, 2014, marks the 450th birthday of William Shakespeare, one of the greatest writers of all time and an inescapable influence not just on literature, but also on every […]