Over the past few days, Tom Hartsfield and Alex Berezow have been mining data in an attempt to decipher what meaningful correlations exist between guns and violence, if indeed any do at all. Their analyses have been instructive and controversial, to say the least.

Though there’s a paucity of research on gun violence in the United States on a large scale (a dearth that should be remedied), many smaller studies have examined other peculiar aspects of firearms, producing some quite unconventional wisdom:

Don’t Bring a Gun to a Bear Fight 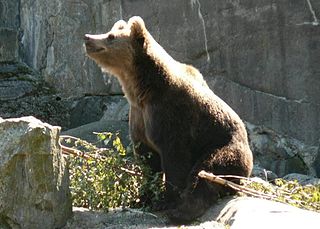 If — when hiking in Bear Country — you think you’re safe from bear attacks because you’re carrying your trusty Glock, think again. Last year, Brigham Young biologists analyzed 269 incidents of aggressive encounters between humans and bears in Alaska and found no statistical difference in injury or fatality rates between incidents where guns were used and incidents where they weren’t.

According to the researchers, instead of carrying a gun people should be focused on behaving appropriately. That means hiking in groups, avoiding areas of poor visibility, and keeping away from bears if you see them. Don’t try to snap a cell phone picture of the cute and cuddly cubs, because Momma grizzly doesn’t want her kids on Facebook. (It’s a privacy thing.)

If you still feel the need to arm yourself, buy bear spray.  When used, the canister emits an immense, debilitating cloud of burning red pepper juice. A 2008 study found such spray to halt bear attacks in 92% of the cases where it was used.

“If you act appropriately and you carry bear spray, you are much better off than just blundering into bear country with a large firearm,” bear biologist Tom Smith said.

For Some Gun Owners, It’s Love at First Shot

When it comes to certain possessions, such as cars, computers, and firearms, some owners demonstrate feelings that look a lot like love. They might, for example, affectionately name their shotgun (something like “Big Bertha”) or use their pistol at the firing range when feeling down in the dumps as a result of other failed romantic endeavors.

For smitten gun owners, the adoration extends to spending six times as much on accessories for their beloved weapons. Talk about an expensive date! The research appeared in the Journal of Consumer Research in December 2010.

Holding a Gun Makes You Think Others Are Too 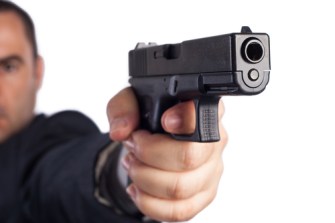 Opponents of concealed carry laws frequently characterize proponents of such laws as gun-toting nuts who want to turn our cities back into the Wild Wild West. As it turns out, those accusations may actually have a smidgeon of scientific merit.

Last year, Notre Dame professor James Brockmole conducted an experiment in which subjects were shown images of people on a computer screen and were asked to determine whether or not the person depicted was holding a gun or some other type of neutral object such as a soda can or a cell phone. Subjects carried out the task while holding either a toy gun or a neutral object.

Brockmole found that gun-toting participants were significantly more likely to deem the people in the images to be carrying guns.

As a result, the researchers postulate that those with the opportunity to use a gun may be more likely to engage in threat-induced behavior, such as raising a firearm to shoot.

This article originally appeared in RealClearScience’s Newton blog. You can read the original here.

Perhaps wormholes will no longer be relegated to the realm of science fiction.
Up Next

Meet the New Boss: Your Customer

Why did you start a business? To pursue your passion? To make money? That’s all fine, but your passion will go unrealized and you’ll never get rich if you’re unable […]