Rook to B8. Checkmate.

There’s nothing quite like the feeling of defeating a worthy opponent in a game of chess: the ultimate battle of the wits. Of course, it’s not a feeling I have very often, since I’m not very good at chess. On the other hand, my father is officially an “Expert” and my friend is a “Master.” 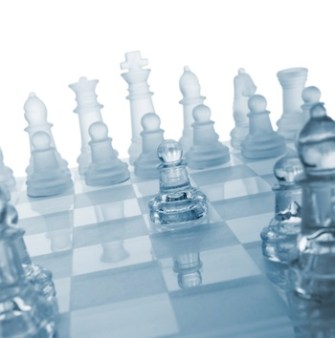 In other words, they are both very, very good. To give an idea of how good, if I was to play 100 games with each of them, I would win precisely zero.

Worldwide, chess is still a popular game, but it is treated with particular seriousness in eastern Europe. For instance, the Bulgarian National Olympic Committee has been lobbying for chess to be recognized as an Olympic sport, as hasKirsan Ilyumzhinov, the Russian president of the World Chess Federation. In September 2011, Armenia made chess a required subject for all children over the age of 6. (In the DW-TV news clip below, the children are in 2nd grade!)

Indeed, the Armenians may be on to something. One recent psychology study found that chess was associated with greater “cognitive abilities, coping and problem-solving capacity, and even socioaffective development of children.” Of course, because it was a cohort (observational) study, the link could be due to some third factor or the possibility that smart, mature children are more inclined to play chess in the first place.

In the above video, the math/chess teacher says, “Chess trains logical thinking. It teaches how to make decisions, trains memory, strengthens will power, motivates children to win and teaches them how to deal with defeat. It’s the only school subject that can do all this.”

That is a very interesting insight. Not only does chess help train the brain, but it also teaches children basic life skills. In our culture, we hand out trophies to winners and losers — or neglect to keep score at all — out of some misguided, politically-correct notion that we should never hurt anyone’s feelings. But, in Armenia, schools are teaching children reality: Sometimes you lose. That’s an important lesson, and it should be taught at a young age.

What makes chess so fascinating is that no two games will ever play out the same. Checkers — really a game for intellectual wimps (like me) — has 500 billion billion possible positions, and in 2007, researchers reported that a computer has solved the game. (If neither side makes a mistake, the outcome is always a draw.) But chess is far more complicated than checkers. It is unlikely that a computer will ever “solve” the game.

Americans are concerned that our children aren’t receiving a solid K-12 education. Perhaps chess should be introduced into the curriculum as a fun way to teach logic and memory?

In fact, I should get back to practicing the game. Knowing that there are 7-year-old Armenians that could run me off the chessboard without breaking a sweat is a tad humiliating.

This post appeared in the RealClearScience Newton blog. You can read the original here.

Between fake vaccine passports and targeted supply chain attacks, things are only getting more risky.
Up Next
Surprising Science

Mobile phone technology built into the bracelet can send alerts if the worker is in trouble. Additionally, people can sign up to keep watch over individual workers through social media.