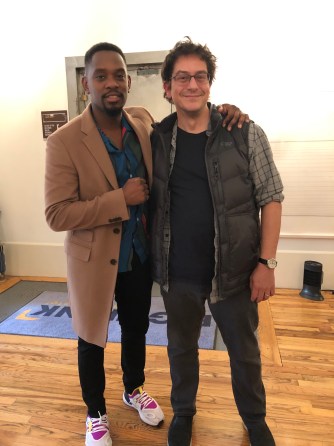 They say Confucius said “Before you embark on a journey of revenge, dig two graves.” I did the research. Confucius probably didn’t say that. But whoever said it was right — revenge bites back.

Victor Headley’s 1992 book YARDIE launched a genre of Jamaican pulp fiction. It’s the story of a life driven and destroyed by revenge, from the Kingston gang wars of the 70’s to the international drug trade of the 80’s. And it’s the basis for Idris Elba’s directorial debut — a movie of the same name staring my guest today, actor Aml Ameen.

YARDIE, the movie, captures a slice of Jamaican life and musical culture you don’t often see on screen — the clash of rival sound systems and DJs at dance parties. And as the main character, D, Aml captures the complexities of a man haunted by his brother’s murder and torn between the paths of righteousness and damnation.

Surprise conversation starters in this episode:

Collective illusions — false assumptions about society that many people share — have existed for thousands of years in many different ways. Today, because of social media and modern technology, […]
▸
32 min
—
with
Todd Rose
Up Next
Neuropsych

Does believing in true love make people act like jerks?