By nature, human beings are illogical and irrational. For most of our existence, survival meant thinking quickly, not methodically. Making a life-saving decision was more important than making a 100% accurate one, so the human brain developed an array of mental shortcuts.

Though not as necessary as they once were, these shortcuts — called cognitive biases or heuristics — are numerous and innate. Pervasive, they affect almost everything we do, from the choice of what to wear, to judgments of moral character, to how we vote in presidential elections. We can never totally escape them, but we can be more aware of them, and, just maybe, take efforts to minimize their influence.

Thousands of graduate students know this fallacy all too well. When we invest time, money, or effort into something, we don’t like to see that investment go to waste, even if the task, object, or goal is no longer worth the cost. As Nobel Prize winning psychologistDaniel Kahneman explains, “We refuse to cut losses when doing so would admit failure, we are biased against actions that could lead to regret.”

That’s why people finish their overpriced restaurant meal even when they’re stuffed to the brim, or continue to watch that horrible television show they don’t even like anymore, or remain in a dysfunctional relationship, or soldier through grad school even when they decide that they hate their chosen major.

Sit back, relax, and read about Linda:

Linda is thirty-one years old, single, outspoken, and very bright. She majored in philosophy. As a student, she was deeply concerned with issues of discrimination and social justice, and also participated in antinuclear demonstrations.

Now, which alternative is more probable?

2. Linda is a bank teller and is active in the feminist movement. 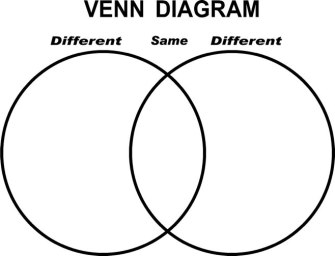 If you selected the latter, you’ve just blatantly defied logic. But it’s okay, about 85 to 90 percent of people make the same mistake. The mental sin you’ve committed is known as a conjunction fallacy. Think about it: it can’t possibly be more likely for Linda to be a bank teller and a feminist compared to just a bank teller. If you answered that she was a bank teller, she could still be a feminist, or a whole heap of other possibilities.

A great way to realize the error in thought is to simply look at a Venn diagram. Label one circle as “bank teller” and the other as “feminist.” Notice that the area where the circles overlap is always going to be smaller!

Renowned psychologists Amos Tversky and Daniel Kahneman once rigged a wheel of fortune, just like you’d see on the game show. Though labeled with values from 0 to 100, it would only stop at 10 or 65. As an experiment, they had unknowing participants spin the wheel and then answer a two-part question:

Kahneman described what happened next in his book Thinking, Fast and Slow:

The spin of a wheel of fortune… cannot possibly yield any useful information about anything, and the participants… should have simply ignored it. But they did not ignore it.

The participants who saw the number 10 on the wheel estimated the percentage of African nations in the UN at 25%, while those who saw 65 gave a much higher estimate, 45%. Participants’ answers were “anchored” by the numbers they saw, and they didn’t even realize it! Any piece of information, however inconsequential, can affect subsequent assessments or decisions. That’s why it’s in a car dealer’s best interest to keep list prices high, because ultimately, they’ll earn more money, and when you negotiate down, you’ll still think you’re getting a good deal!

When confronted with a decision, humans regularly make judgments based on recent events or information that can be easily recalled. This is known as the availability heuristic.

Says Kahneman, “The availability heuristic… substitutes one question for another: you wish to estimate… the frequency of an event, but you report the impression of ease with which instances come to mind.”

Cable news provides plenty of fodder for this mental shortcut. For example, viewers ofEntertainment Tonight probably think that celebrities divorce each other once every minute. The actual numbers are more complicated, and far less exorbitant.

It’s important to be cognizant of the availability heuristic because it can lead to poor decisions. In the wake of the tragic events of 9/11, with horrific images of burning buildings and broken rubble fresh in their minds, politicians quickly voted to implement invasive policies to make us safer, such as domestic surveillance and more rigorous airport security. We’ve been dealing with, and griping about, the results of those actions ever since. Were they truly justified? Did we fall victim to the availability heuristic?

Optimism bias particularly factors into matters of health(PDF), prompting individuals to neglect salubrious behaviors like exercise, regular visits to the doctor, and condom use.

On August 13, 1918, during a game of roulette at the Monte Carlo Casino, the ball fell on black 26 times in a row. In the wake of the streak, gamblers lost millions of francs betting against black. They assumed, quite fallaciously, that the streak was caused by an imbalance of randomness in the wheel, and that Nature would correct for the mistake.

No mistake was made, of course. Past random events in no way affect future ones, yet people regularly intuit(PDF) that they do.

We humans are social creatures by nature. The innate desire to be a “part of the group” often outweighs any considerations of well being and leads to flawed decision-making. For a great example, look no further than the stock market. When indexes start to tip, panicked investors frantically begin selling, sending stocks even lower, which, in turn, further exacerbates the selling. Herd mentality also spawns cultural fads. In the back of their minds, pretty much everybody knew that pet rocks were a waste of money, but lots of people still bought them anyway.

The halo effect is a cognitive bias in which we judge a person’s character based upon our rapid, and often oversimplified, impressions of him or her. The workplace is a haven — more an asylum — for this sort of faulty thinking.

“The halo effect is probably the most common bias in performance appraisal,” researchers wrote in the journalApplied Social Psychology in 2012. The article goes on:

Confirmation bias is the tendency of people to favor information that confirms their beliefs. Even those who avow complete and total open-mindedness are not immune. This bias manifests in many ways. When sifting through evidence, individuals tend to value anything that agrees with them — no matter how inconsequential — and instantly discount that which doesn’t. They also interpret ambiguous information as supporting their beliefs.

Hearing or reading information that backs our beliefs feels good, and so we often seek it out. A great many liberal-minded individuals treat Rachel Maddow or Bill Maher’s words as gospel. At the same time, tons of conservatives flock to Fox News and absorb almost everything said without a hint of skepticism.

One place where it’s absolutely vital to be aware of confirmation bias is in criminal investigation. All too often, when investigators have a suspect, they selectively search for, or erroneously interpret, information that “proves” the person’s guilt.

Though you may not realize it, confirmation bias also pervades your life. Ever searched Google for an answer to a controversial question? When the results come in after a query, don’t you click first on the result whose title or summary backs your hypothesis?

If offered $50 today or $100 in a year, most people take the money and run, even though it’s technically against their best interests. However, if offered $50 in five years or $100 in six years, almost everybody chooses the $100! When confronted with low-hanging fruit in the Tree of Life, most humans cannot resist plucking it.

This is best summed up by the Ainslie-Rachlin Law, which states, “Our decisions… are guided by the perceived values at the moment of the decision – not by the potential final value.”

EV charging stations are the most widespread alternative to gas and diesel pumps. Each alternative has its own hotspots and “deserts.”
Up Next

What Should Today’s Executives and Managers Really Be Managing?

As an executive or leader in your organization, you’re managing many things: the company’s image, numerous projects, and a talented group of people. But you’re also managing many other important […]