The narcissistic leader: Not as good as he (or you) may think

In most circumstances, narcissism doesn’t go over well. But there’s one big exception to the rule: leadership. 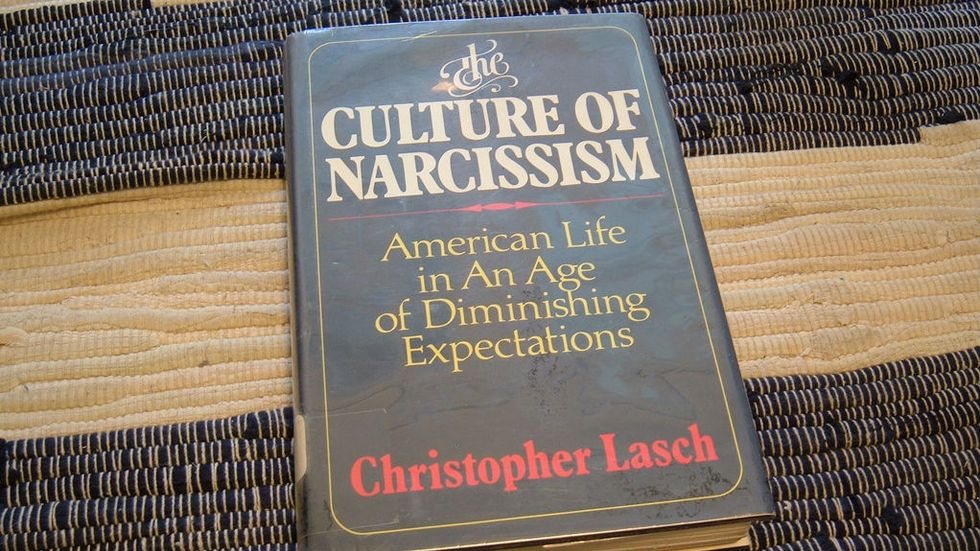 In most circumstances, narcissism doesn’t go over well. We tend not to like individuals who exhibit arrogance or too much dominance or hostility—all traits associated with the narcissist. But there’s one big exception to the rule: leadership. For some reason, when we rate narcissists on leadership qualities, we put them up there with the best, ranking them high on those attributes that we think make a good leader and happily putting responsibility into their hands. And it actually kind of makes sense. Some of the same characteristics that signal good leadership—confidence, authority, dominance—also make for a narcissistic personality type. But is narcissism actually a good quality in a leader?

According to a study from the University of Amsterdam, that was just published in Psychological Science, the answer is no. Study participants were divided into groups of three individuals. One was randomly assigned to be the group’s leader. Then, each group got to work on the task: to determine who of three possible candidates, A, B, or C, was best suited to the job of a secret agent.

But there was a twist. Each secret agent candidate had 15 traits—some positive, some negative, and some neutral—on which to base his suitability for the job. But each group member had received a list of only nine traits. Some traits (the shared traits) were given to everyone, but some (the unique traits) were only given to one of the three group members. In order to reach the correct decision (which happened to be Candidate A), group members had to share information. Otherwise, they would likely fall for Candidate B – who happened to be the worst choice of the three. Some groups did superbly. Others, not so much.

What distinguished those groups who did well? In the most successful groups, more information was exchanged, allowing a fuller picture of each candidate to emerge. And those groups tended to have leaders whose levels of narcissism (as measured by the Narcissistic Personality Inventory) were the lowest of the lot.  And those leaders who were higher on the narcissism scale? They tended to limit exchange, such that the groups that happened to be led by the biggest narcissists ended up with the worst performance.

The story, however, doesn’t end there. Within the group members’ perception of the leader, there was a striking incongruity: those worst leaders who were highest in narcissism were systematically ranked as having been better leaders than the leaders who had, in fact, done the best job in leading the group to the proper task solution. Higher narcissists were rated as more authoritative and more effective, and therefore, as better leaders overall—when in fact, the opposite was true.

What is necessary for optimal decision results?

What was going on? Why were the worst-performing groups certain that they had the best leaders, while the best-performing groups thought their own leaders weren’t all that hot? In a group setting, an effective leader knows how best to facilitate information exchange, so that everything is considered, different viewpoints are allowed to develop, and people have a chance to think through each element in a process that is independent as well as collaborative. Otherwise, a group runs the risk of being overwhelmed by one forceful viewpoint, or of failing to develop enough independent thought to be useful and gravitating instead toward a direction that emerged early on, not necessarily by virtue of its merit but by simple priority and emphasis. I’ve written before, multiple times on this very process—the perilous nature of social influence.

I can’t help but think here of Reginald Rose’s celebrated portrayal of the very real (and far from good) repercussions of the conformity of group opinion in Twelve Angry Men. Sadly, the play is an exception. It is, after all, fiction. In most real-life situations, that lone dissenter either doesn’t exist, doesn’t voice his dissent, instead finding it easier to go along with the rest, or doesn’t speak up long enough or forcefully enough to cause others to pay him any heed—after all, it’s far easier not to think than it is to think. It’s the path of least resistance. And the result? A miscarriage of justice, be it the condemnation of an innocent man—the subject of the play—or a simple failure to fairly consider the full picture, a failure of omission and over-focus on select elements.

The mark of a good leader

But what the good leader can do is to try to prevent such a dynamic from emerging. He will spot that lone juror who seems to have doubt on his face and will ask him, encourage him to speak up. He will kindly tell the man who is forcefully dominating the discussion to please shut up and give others a chance to speak. He will stress the diversity of opinion, strive to reiterate the points that have been made, and do his best to integrate each thought into a cohesive picture of the discussion. And from there, he will move on to a decision. He will not be overly commanding, driving discussion in one particular direction. He will not overvalue his own opinion. He will not start from conclusions and proceed backwards. In short, he will do the opposite of what a narcissistic approach would have him do.

Will he be perceived as less strong, less authoritative, less forceful? Perhaps. But will he get better results? Undeniably. That’s not to say he shouldn’t be authoritative or forceful or strong. That misses the point. He must have those qualities, too—in fact, they are necessary to control a group and prevent it from becoming a free-for-all fiasco—but he must supplement and moderate them with others. They can’t be his only cards.

Perhaps it’s time to reassess what qualities we stress in a good leader—and what qualities we perceive as signs of weakness. The gap between reality and perception is a persistent one – and one that leaves us with leaders who may look to be the picture of effectiveness but are actually the very things that are keeping true effectiveness from being fully realized.