The Science Behind Artificial Sweeteners and Natural Sugars

The variety options for sweeteners can be overwhelming. A nutritionist at Johns Hopkins offers insights into how to simplify the sweet life. 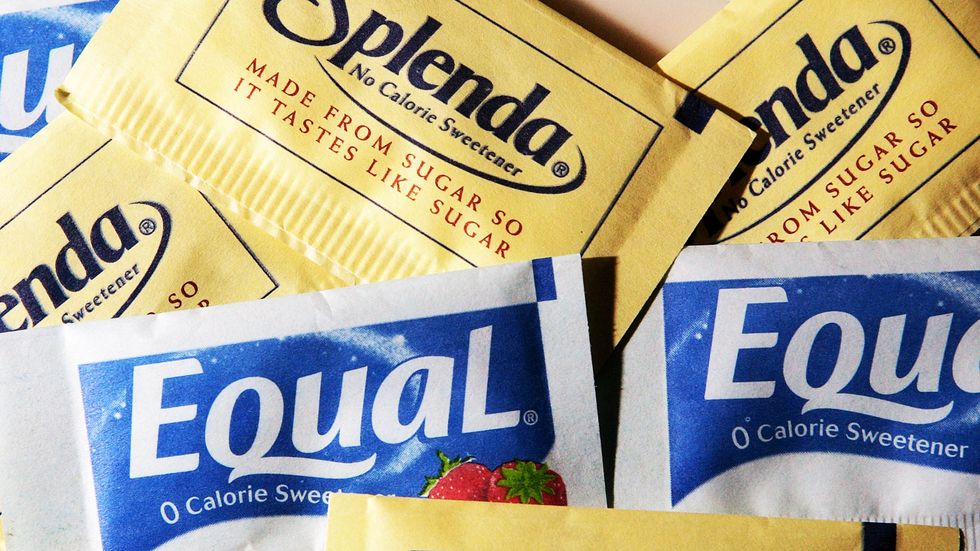 The New York Times revealed this week that the sugar industry, when checks on conflicts of interest within the science community were much weaker, systematically shifted the national conversation on dietary health harms away from sugar toward fat.

As we learn more about the dangers of sugar, we also need to evaluate alternatives to sugar: everything from honey and agave nectar to products like Equal and Splenda. There are a surprising number of alternatives to cane sugar.

To ameliorate the imminent cognitive sugar-crash, Joshua Nachman, a nutritionist at Johns Hopkins, offers some clear insights for a healthy relationship with the sweet stuff rendered by the aptly named Joe Sugarman in a recent article in the Johns Hopkins Health Review. Sugarman aptly renders the consumers’ conundrum:

"When it comes to choosing which sweetener to add to our morning cup of joe, we’re faced with a smorgasbord of possibilities. There’s the blue packet, the pink packet, the yellow one, the white, the brown. Sometimes, there’s even the option of adding honey or agave nectar. So how is a health-conscious consumer to choose?"

Fortunately, Nachman provides some concrete strategies for simplifying the options of available sweetners. First, avoid artificial sweeteners. Remember that first category of sweeteners in Mayo Clinic’s breakdown? Nachman simply says, “Avoid them. Period.” These calorie-free alternatives to sugar may seem like a sweet way to enjoy a cornucopia of goodies without packing on the pounds, but the added risks are far from worth it.

While they have long been the subject of scrutiny and criticized for links to cancer and other problems, Nachman says the primary problem with them is simply that they are too sweet. Much sweeter than sugar, artificial sweeteners cultivate an addiction to sweets at a level that can never be satisfied by healthy, natural foods. The best thing to do with artificial sweeteners, thus, is simply never to use them.

As Dr. Mark Hyman explains, sugar addiction is a real physiological condition. Food isn't just calories, says Hyman. Food is medicine. When you start to think of food as medicine, i.e. a way to maintain good health, a new perspective on nutrition will open to you. In fact, people use artificial sweeteners are 200% more likely to have a weight problem. As an alternative to artificial sweeteners as well as ordinary, white sugar, Nachman endorses using stevia, a natural, calorie-free sweetener that has been used for hundreds of years in parts of Latin America. While stevia is also sweeter than sugar, Sugarman reports that it does not pose the same dangers of sweet-addiction that artificial sweeteners do because it has does not raise the glycemic index one’s blood sugar or have adverse effects on taste buds. Indeed, stevia has been found to ellicit healthy “anti-hyperglycemic, anti-hypertensive, anti-inflammatory, anti-tumor, anti-diarrheal, diuretic, and immunomodulatory” effects. So stevia is a viable, calorie-free alternative both to artificial sweeteners and natural forms of sugar.

For times that call for a sweetener with some good-ol’ glucose, Nachman recommends sticking to raw honey, which he says is less sweet than agave and loaded with healthy anti-oxidants.

Of course, these are all suggestions rather than draconian commandments. The main goal Nachman sets for his clients is simply to be mindful of their relationship with sweeteners. He draws attention to the World Health Organization’s more general prescription that recommends consuming approximately 25 grams of sugar per day. For those looking for a healthy way to wean addictive desserts from a diet, stevia may be a helpful substitute. Nachman endorses “whole foods” as sources of sweetness, like fruits and honey. And as for the elephant in the room—namely, ordinary table sugar—Nachman says he doesn’t even bring it into the home.