Although not every act of street harassment ends in murder — some certainly do — the people experiencing it have no assurance of their safety. 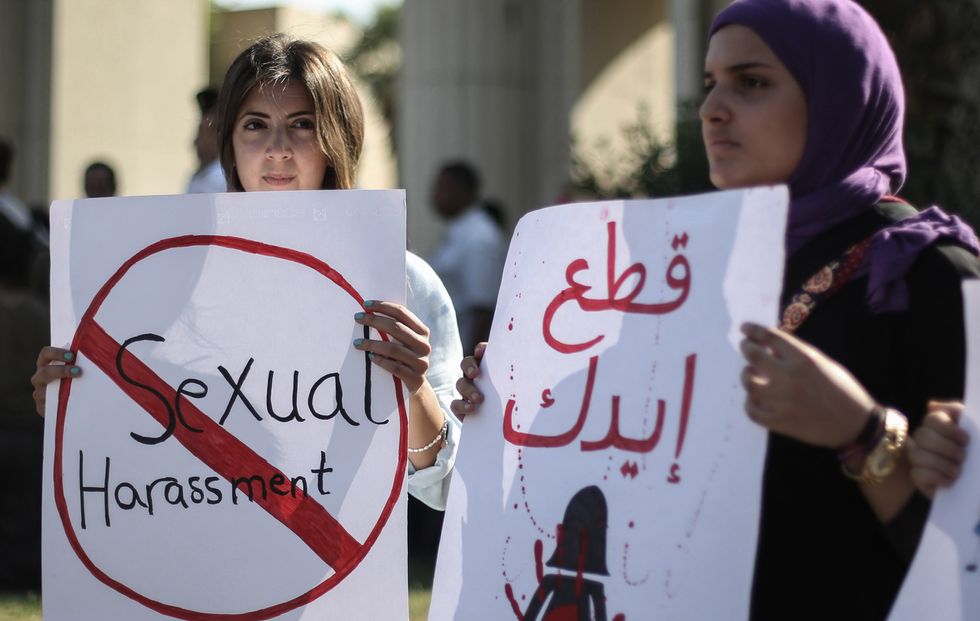 In January 2016, Janese Talton-Jackson was murdered in Pittsburgh by a man when she did not agree to a date with him. In October 2014, 27 year old Mary Spears was shot to death after refusing to give her phone number to a man in Detroit.  Every act of street harassment does not end in murder, but the people experiencing it have no assurance of their safety. One of the most common feelings after being harassed is fear, especially when alone.

Street harassment is a common experience all over the world that disproportionately affects women, LGBT+ people, people of color, and differently-abled people. Names like “catcalling” and “Eve-teasing” make it easy to dismiss street harassment as a playful, funny, or harmless event when it is not happening to you. It is widely believed that women should be accustomed to this behavior, and it has no effect on them aside from mild annoyance. Studies have proven this wrong, showing that girls under the age 13 experience street harassment, and the effects are broad in range.

While street harassment - sexual harassment in public space - can differ in look and sound depending on location, the impact is the same across the board. In an international 2014 study conducted by Cornell University, Hollaback! found that most women first start to experience street harassment during puberty. In the cross-cultural study of 42 cities all over the world, over 50% of women reported being fondled or groped, and 71% reported being followed. Fear, anxiety, and anger were among the emotions identified by over 16,000 survey participants.

This epidemic exists all over the world, but is often thought to be cultural. The practice is not tied to the culture of any country, but it does perpetuate rape culture - the normalization of sexual violence and the idea that women are at fault for acts of sexual violence against them. Street harassment is on the spectrum of gender-based violence, and can quickly escalate from verbal to physical.

In April of every year, Stop Street Harassment spearheads International Anti-Street Harassment Week which includes rallies, chalk walks, wheatpasting, Twitter chats, story-sharing sessions, and many other events and initiatives led by organizations and individuals all over the world. Hollaback! – a global movement to end street harassment with sites in 80 cities all over the world – promotes its story sharing tools as a way for people for hollaback at harassers. Their blog and mobile app allow users to share as little or as much of their stories as they choose, and create a map of their harassment experience. At any time, a user can pull up a map of their city, see all the pink pins noting places they were harassed, and share it with their networks. The payoff is two fold: people can take control of their narratives and refuse to be silenced, and they can become advocates to end street harassment by showing their loved ones how often it happens to them, and how it makes them feel.

In recent street harassment awareness videos, women are shown with men in their lives - usually father and partners - as they watch footage of them being harassed. While this can be effective in reaching people’s loved ones, it perpetuates the idea that women are only valued based on their relationships to men. It has to be recognized, however, that social movements often have to meet people where they are. If they continue to see people experiencing street harassment as strangers, or view it as isolated incidents, it can be effective to show them the cumulative effect it has on a loved one.

Statistics don’t do the trick on their own, and neither do stories from people we don’t know. What makes the difference is being able to put a face – often a familiar one – to the numbers in the reports we read. When an issue, like street harassment, is trivialized, it becomes necessary to make personal connections. The stories that come from people who matter to us have the power to shift our perspective, and help us to see how issues – however far-removed or impersonal – matter to us to, and prompt us to take action. The power to end street harassment is not just in harassers, but also in the people experiencing it, witnessing it, and hearing the stories from the people most affected.