They Rescue Us, But Who Rescues Them? TV Drama Portrayals of 9/11 First Responders 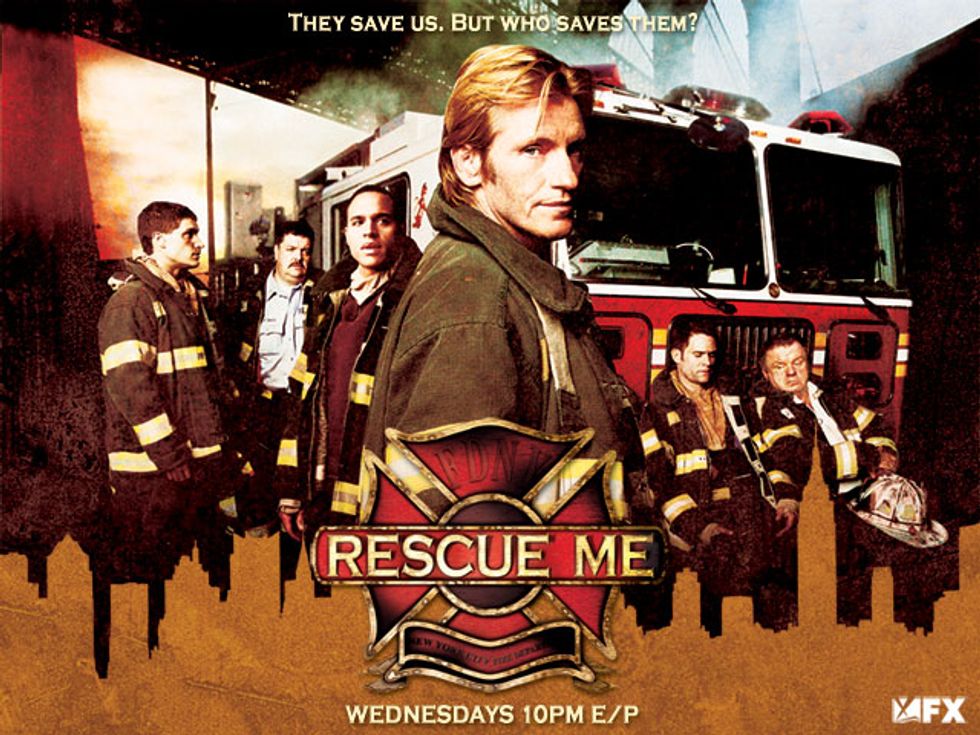 In 2004, Rescue Me on the FX Network provided the United States with its first taste of the entertainment industry’s take on the experiences and lifestyles of New York City’s 9/11 firefighters. The show premiered in July and was acclaimed by the general public, critics, and by firefighters across the United States.

Appropriately, the show’s finale coincided with the ten-year reunion of 9/11, ending on September 7, 2011. While Rescue Me touched on the subjects and controversies surrounding 9/11 and shed light on the grittier side of firefighters, it provides an interesting commentary on the way Americans view firefighters and their preferences for grappling with the consequences of the many health risks faced by 9/11’s first responders.

In the aftermath of 9/11, we were bombarded with the iconic image of firefighters placing the American flag on top of the desecrated remains of what once was the Twin Towers. This image became the symbol for perseverance post 9/11 and it continues to frame our view of firefighters in the United States: We can accept that they have flaws, demons and struggles, but at the end of the day, we still want a hero and not someone that needs rescuing.

Throughout the Rescue Me series we follow protagonist Tommy Gavin played by Denis Leary who is a veteran firefighter of 9/11. Gavin is portrayed both as a victim and a hero who strives to handle the pain of 9/11 on his own terms. He struggles with relapsing alcoholism and is continuously plagued by survivor’s guilt, receiving frequent visits from the ghosts of his fellow firefighters that died working on 9/11.

Additionally, Gavin finds himself in an extremely unhealthy love triangle with his estranged wife and his dead cousin’s wife. Despite his laundry list of flaws, the creators of Rescue Me still portray Gavin as a dark, rebellious, overly masculinized hero.

When his friends and fellow firefighters try to enroll him in Alcoholics’ Anonymous, he fights back and starts an anti-AA group that encourages current members of AA to keep on drinking. He continually has women fawning over him, and is portrayed with overflowing levels of testosterone that often result in both heroic firefighting and aggressive bar fights.

While viewers see the depth of sadness and misery that 9/11 causes in his life, both the character and the storyline for Tommy Gavin is embellished enough where reality and fiction are blurred. Viewers can feel a connection to the “real” 9/11 firefighters while holding on to their ideals of the untouchable, masculine fireman that does not need saving.

Through Sean Garrity, a 35 year-old firefighter who is diagnosed with kidney cancer, Rescue Me confronts viewers with the unfortunate and drawn-out health dilemmas that many of 9/11’s first responders face. As a young firefighter, Garrity fears that he will lose his position at the station if he attempts to use department insurance to treat his cancer and so he steals from the bar he and his friends have jointly invested in to pay for his healthcare needs.

While we see the shock and fear Garrity experiences after being diagnosed, Rescue Me brings levity to the issue by giving Garrity a comedic out to fund his healthcare needs, and at one point features a musical number where Garrity describe his hopes for a successful recovery. Throughout Rescue Me, Garrity consistently serves as the main source of comic relief.

By selecting Garrity as the character to struggle with cancer, the creators once again provide viewers with an escape from reality where they can face the issue under false circumstances. Unlike many, Garrity survives his cancer, reinforcing America’s heroic and untouchable framing of the 9/11 firefighters.

Through Rescue Me, Americans can sympathize with 9/11 firefighters and on some level connect with the pain experienced by many first responders, but at the same time distance themselves from the realities of what it meant to be a firefighter on 9/11.

We see the reality of the firefighters’ camaraderie through the everyday conversations and jokes that they share, but Hollywood only provides us with a glimpse into the emotional and healthcare issues that they face.