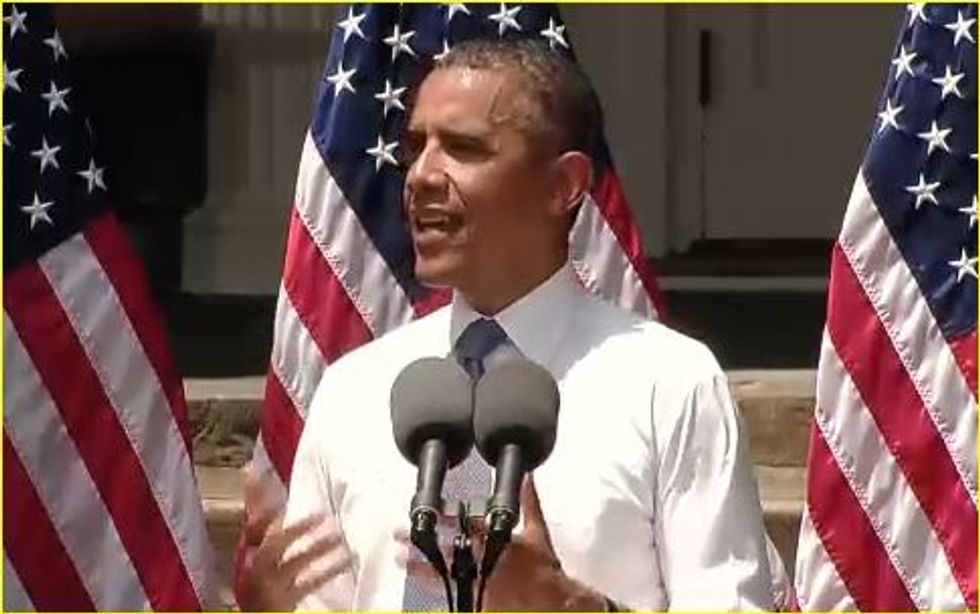 This past week at The Hill newspaper, Ben Geman analyzed President Obama's speech on climate change, highlighting remarks from environmentalists who welcome Obama's apparent shift in communication strategy.  In the article, Geman also draws on comments by me and Harvard University scholar Theda Skocpol.

Here's how the article opens:

President Obama is channeling his inner Al Gore in his new climate push with a public relations strategy that breaks with his first term.

Obama, in short, is now talking loudly and directly about the peril of climate change as he promotes an array of executive-level actions.

“There has definitely been a messaging shift,” said Brad Johnson of the advocacy group Forecast the Facts.

“The recognition that Americans are already suffering the consequences of climate pollution is long overdue,” adds Johnson, who, alongside other activists, criticized the barely cameo status that climate had in the 2012 campaign.

The president packed last week’s big climate speech with calls to heed scientists’ warnings, a strong attack on climate skeptics, and full-throated claims that the planetary stakes are immense.

“I refuse to condemn your generation and future generations to a planet that’s beyond fixing,” he said at Georgetown University.

Here are the comments by Skocpol and me.

“Speaking directly about the need to fight climate change goes hand in hand with putting a strong regulatory approach first. As a second-term president who knows the GOP House will not legislate on carbon control issues, Obama and his people are now speaking mainly to and for environmentalists,” said Theda Skocpol, a Harvard government and sociology professor.

Matthew Nisbet, an associate professor of communication at American University who also analyzes the climate movement, said the White House is “fitting a message to new conditions and a new audience.”

He said that during the first term, Obama’s team was trying to get Republicans, conservative Democrats and business leaders behind cap-and-trade legislation during a major recession.

“Now they are looking to appeal to their activist base and moderate voters during a time of extreme weather and dangerous climate impacts, hence a different message strategy,” he said.