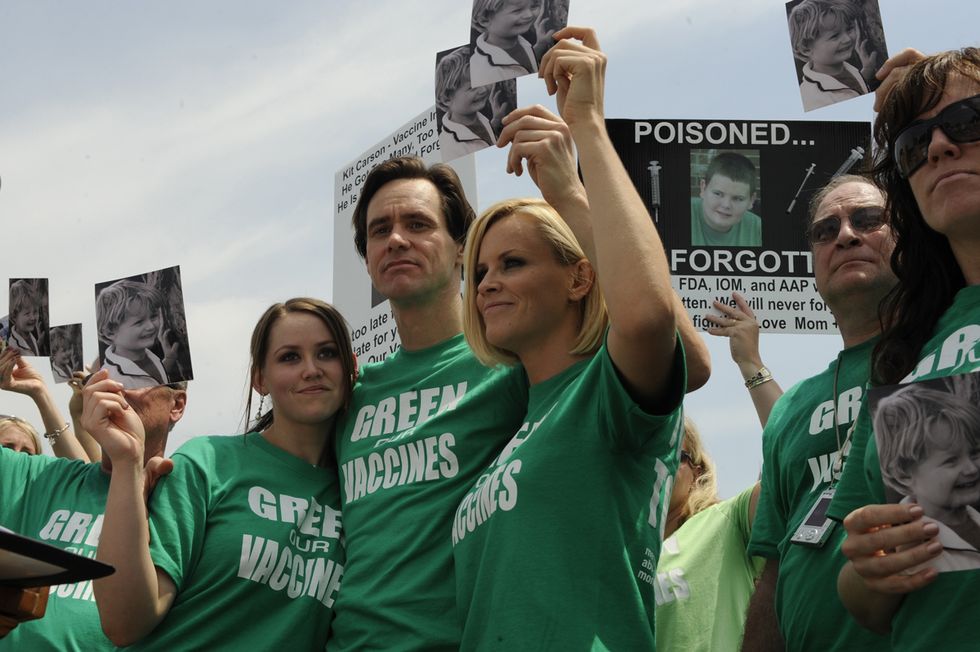 Last month, in advance of April Fools Day, CBS Morning News correspondent and satirist Mo Rocca met with the cast of MythBusters to examine how the Internet has made it easier to bring false information into our lives, not just on April 1, but every day of the year.  As the MythBusters team and Rocca discussed, the Internet is prone to foster false beliefs when people have an emotional interest or personal desire to believe something.

As University of Virginia psychologist Jonathon Haidt explains in his recent book Righteous Minds, most of our decisions are made subconsciously, and when we do consciously process information, we typically do so in a way that supports our initial intuitive judgments.  This means that when we see something that appeals to us,  and we've already subconsciously decided whether or not it is true, we tend to look for information that backs up our original opinion.

With this egocentric approach to decision making, it's no wonder that some Internet scams or false reports become reality to many people.  But so what if someone thinks that a "rainbow owl" was discovered in China? It's harmless, right?

The problem is that some false beliefs present risks to society, including to public health.

The Trouble with Anti-Vaccine Beliefs

The fun ends when believing nonfactual and unscientific information drives people to make decisions that put a considerable number of others at risk. This is exactly what is happening with vaccines today as some parents choose not to vaccinate their children due to a belief that vaccines cause autism and other health problems, a belief that cuts against the conclusions of the scientific and medical communities.

Autism spectrum disorders (ASDs) are a group of developmental disabilities that can cause significant social, communication and behavioral challenges.

The causes for many types of autism are still unknown, the disability presents itself differently in different children, and ranges in severity.  In March, a new study was released by the Center for Disease Control and Prevention stating that 1 in 88 children now have autism, a number that is 78 percent higher than the number of cases just 10 years ago .

This astonishing new study is sure to fuel the fire for a growing group of people advocating against vaccines including influential celebrities Jenny McCarthy, Jim Carrey and Robert Kennedy, Jr. However, according to the CDC there is no known link between autism and vaccines.

"There've been 19 different studies that have looked at vaccines and autism, and none of them have found a link." said CDC Director Dr. Thomas Frieden in an interview with PBS NewsHour Senior Correspondent Jeffrey Brown.

But for parents who fear for the fate of their children or are desperate for answers, scientific studies like the CDC's, combined with countless personal accounts found on the Internet by mothers like McCarthy, help confirm their previously established beliefs.  A past flawed study by UK scientist Andrew Wakefield also helps reinforce these beliefs.

Wakefield, a former doctor and researcher, produced a now-discredited paper linking vaccines to autism that made international headlines. The 1998 report helped spur parents to opt their children out of receiving the measles vaccine, which then led to a spike in measles infections in the U.K. and one death.

According to Seth Mnookin, author of the Panic Virus: The True Story Behind the Vaccine-Autism Controversy, many of these parents are making decisions based on emotions and not on science, and by doing so they are putting other people at risk, not just their own children.  Below, you can watch part of an interview with Mnookin that was held last year year here at American University, in which he passionately discusses this problem with AU journalism professor Declan Fahy.

The goal of vaccination is to achieve strong herd immunity, which could eventually lead to eradication such as in the cases of small pox and polio. With strong herd immunity, the people most vulnerable to diseases, such as babies and the elderly, will be better shielded from the diseases.  This is especially the case for those who because of underlying conditions are unable to be vaccinated.

But as more people refuse vaccinations, herd immunity begins to weaken, and with that comes more cases of infection, as demonstrated in the increased number of measles cases in the U.K. after Wakefield's false report was released.

A Different Kind of Autism Activism

But not all parents of autistic children believe vaccines are dangerous. My own sister has continued to vaccinate her children despite her eldest son's diagnosis with a form of autism called Asperger syndrome. For my sister it seems counter productive to spend her time looking backward, and she focuses her time pushing her school district to assure that her son is getting the special attention he is owed by law.

Because of these efforts, her son, who once struggled in school, now thrives both academically and socially. While she doesn't have an answer as to why her son developed Asperger syndrome, she can sleep well at night knowing that he will have a pretty normal childhood and hopefully a successful future.

In today's media environment it's easy for parents to find someone or something to blame for their child's disabilities. But, as my sister has done, it's important for parents to be cautious of emotional appeals and false reports that can cloud the scientific truth behind the matter. By not doing so, they are putting their children and the entire population at risk of disease.

--Guest post by Erin Brett, a graduate student in this semester's American University course on  Science, the Environment, and the Media.  Find out more about the MA programs in Public Communication and Political Communication as well as the Doctoral program in Communication.

Frontline's The Vaccine War: The Politics of Medicine and Parents