Student Researcher Tracks the Origins of the "Climategate" Name 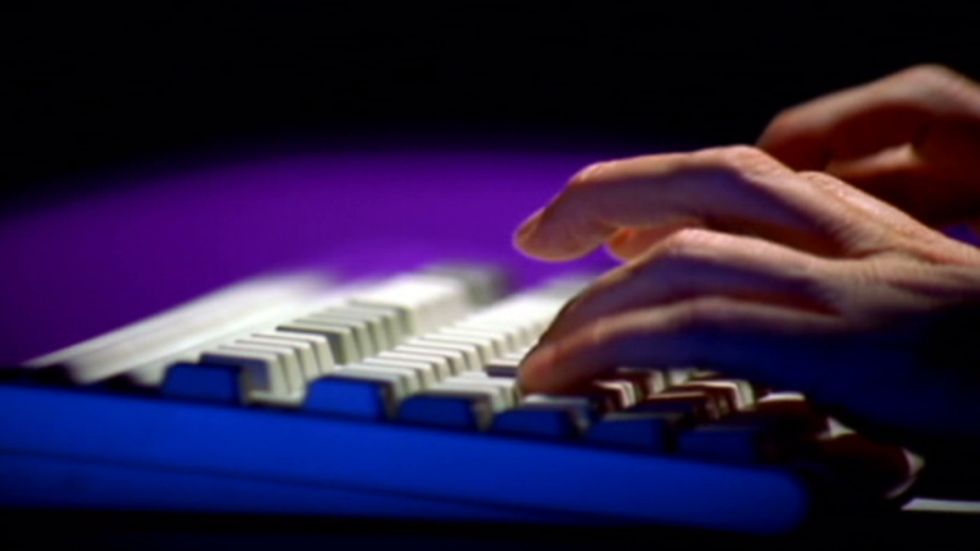 A frame device is a catchphrase that instantly conveys a specific meaning and storyline, sparking conversations and trains of thought about why an event might be a problem, who or what might be responsible and what should be done.

Consider the impact of the "Climategate" frame device used to define the significance of the climate scientist e-mails released from servers at East Anglia University in late November 2009. As I wrote at the time, the phrase instantly connoted alleged wrong doing on the part of climate scientists.

But where did this almost perfectly strategic -- yet deeply unfortunate -- catchphrase come from? Was the term the genius of a conservative think tank and industry-backed strategy or does evidence support an alternative explanation?

David Norton, a 2010 graduate of American University's MA program in Public Communication, dedicated his Masters capstone project to the topic.  His findings are summarized in a PDF report hosted by AU's Center for Social Media, which provided funding for his research.

Norton constructed a chronology of the appearance of the "climategate" term across blog comment sections, twitter feeds, legacy media blogs, and legacy media reporting.  At the end of this post is a time-line and excerpt from Norton's report.

Based on his research, it appears that the emergence of the term was more natural, interactive, and accidental than strategically planned, with discussants online trying to make sense of the complexity of the events in a way that resonated with history, popular discourse, and their worldview. In doing so, they turned to the well-worn "-gate" convention, a term used to describe more than 140 alleged scandals since Watergate.

It was only later, after the term was born of online discussion that advocates and ideological media began to take advantage of its interpretative resonance.  As Norton also points out, environmentalists themselves -- via Twitter -- may have inadvertently fueled the spread of the term.

In this sense, it appears likely that the origin of the "climategate" frame device was a bottom up process, originating within the online discussion space that Judith Curry has memorably called the "climate audit" movement. It was only through this netroots discussion that the term was later picked up by legacy media, institutionally-based conservative elites and spread wider.  Here's Curry on the nature of the climate audit movement from an article at Physics Today that deserves a full read:

So who are the climate auditors? They are technically educated people, mostly outside of academia. Several individuals have developed substantial expertise in aspects of climate science, although they mainly audit rather than produce original scientific research. They tend to be watchdogs rather than deniers; many of them classify themselves as "lukewarmers". They are independent of oil industry influence. They have found a collective voice in the blogosphere and their posts are often picked up by the mainstream media. They are demanding greater accountability and transparency of climate research and assessment reports.

Now consider the findings of David Norton's report tracking the origins of the "climategate" frame device, beginning with his timeline of key events:

Nov. 19, 2009 1:35 p.m. Initial links to stolen data reposted to two conservative climatology blogs: The AirVent and Watts Up With That (WUWT)

It’s nice that someone has dropped a big comb of honey onto this ants’ nest. But all of the inside chatter in these emails, revealing though it may be to those lapping it up, won’t mean a thing to the average news reporter,media outlet, and the public in general. What’s needed is a panel of unimpeachable individuals (i.e. no one named in this data drop) who can go through the file, vouch for its authenticity, and issue a quick white paper explaining its implications.The media are clueless. They need to be helped to understand the significance of —CLIMATEGATE! LEAK OF SECRET EMAILS SHOWS TOP  CLIMATE SCIENTISTS ENGAGED IN MASSIVE FRAUD! GLOBAL WARMING WAS HOAX DESIGNED TO ENRICH POLITICIANS AND RESEARCHERS!/Mr Lynn

Nov. 20, 2009 9:00 a.m. James Delingpole, a blogger for Telegraph.co.uk, publishes an exposé-style post on his prominent blog. The post is entitled: “Climategate: the final nail in the coffin of‘Anthropogenic Global Warming’?

Over the next several hours, the term “climategate” propagated through blogs and on Twitter, and  began to supplant the proper noun “east anglia” as an indexical and referable moniker. With the early, near-ubiquitous adoption of such a straightforward snowclone, the incident became implicitly controversial and scandalous by its very name. Environmentalists challenging the nascent meme could do little to stop its spread, and in fact, may have inadvertently solidified its name as a framing device.2

Among the first fourteen tweets explicitly utilizing the “climategate” term — and in fact, the second and third Twitter users to deploy the #climategate hashtag — were two individuals opposed to the controversy’s sudden traction:

emergentorder: RE: #ClimateGate: What the fuck: supposed global scientific conspiracy.People, Wake Up! The Arctic ice cap has receded by 40% in 5 years!! on Nov. 20 at 2:09 p.m.

The quandary, of course, was that to address the users responsible for the meme’s origination, environmentalists had little choice but to take up, reproduce, and thus reinforce the very term (and implicit frame) set into motion by climate skeptics. As “climategate” crystallized as the incident’s defining signifier, global warming skeptics had succeeded at narrowly crafting the terms and scope of rhetorical engagement; lexically, the proactive adoption of “climategate” as a referable, salient moniker framed the data leak as a necessarily scandalous — and therefore newsworthy — event.

In late November 2009, the rapid acceleration of “climategate” within the microblogosphere should have forewarned environmentalists about the narrative’s imminent break as a mainstream news story. With the high-profile Copenhagen Summit just around the corner, “climategate” was a well positioned media anchor. If environmental groups had been monitoring this emergent discourse, they may have been better prepared to respond to the ensuing controversy.

Based on this assessment, this paper reveals the necessity of online issue tracking, particularly when it comes to complex issues (like climate change) that so often retain salience through a succession of“nanostories” — anecdotes that serve as narrative morsels (e.g. the stranded polar bear, yesterday’s record blizzard, today’s melting glacier). By understanding the theoretical principles governing the emergence and spread of viral discourses, and by monitoring the real-time ebb and flow of trending chatter, public communicators can become their own memetic engineers, and better respond to the unexpected....

...My finding that the adoption of the term “climategate” on Twitter preceded offline usage suggests that viral, Web-based discourses should be taken seriously; moreover, the consequences of this particular meme demonstrate that activists should avoid reinforcing rival frames (like environmentalists who reiterated the #climategate hashtag directly after it was coined), and learn to strategically make use of real-time public insight.