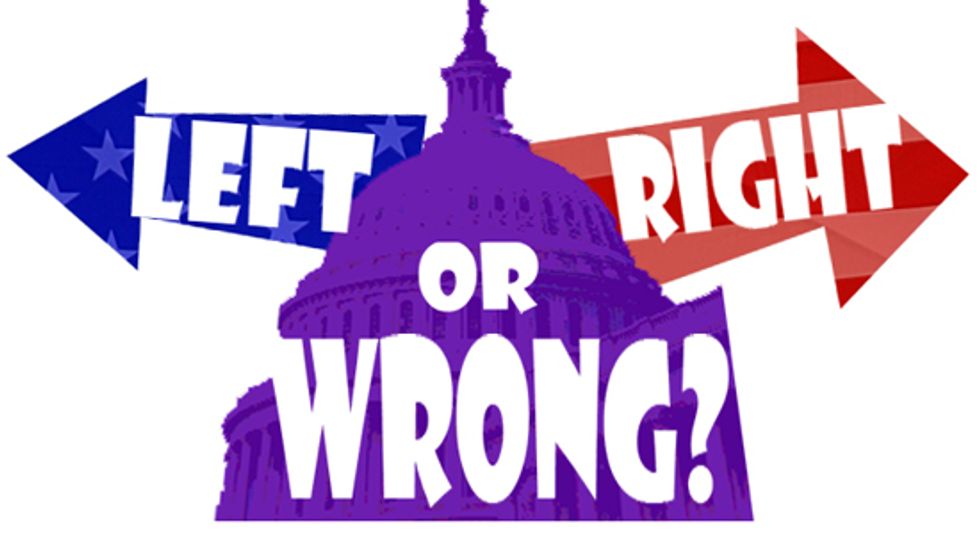 If President Obama is re-elected in the Fall, he is likely to face a Congress even more polarized than today, with the ideological divide greater than at anytime since before the Civil War.  Those are among the conclusions of political scientist Keith Poole and colleagues who have been using a sophisticated algorithm to put into historical context the ideological consistency that has come to define the two political parties.

In a statistical breakdown provided for a story at Politico last week, Poole and colleagues underscore just how far to the right Republican members in Congress have shifted.  According to their analysis, two decades ago, moderates constituted 40 percent of Senate Republicans, and a third of the House GOP. Today, Republican moderates are just 10 percent of the caucus in the Senate and have all but disappeared from the House.

As Ezra Klein predicts in an analysis at the Washington Post today, with few moderate deal makers remaining in Congress, legislative options for a re-elected Obama will be limited, especially on longstanding gridlocked problems like climate change. “I don’t think he can move a climate bill,” Neera Tanden, president of the Center for American Progress told Klein. A bill promoting renewable energy along with a mix of other energy sources is more likely, according to Tanden. “You can have an ‘all of the above’ strategy that really accelerates the effort to make us independent of foreign oil.”

Polarization is not like the stock market recession, a problem that will go away in a few years. Like climate change, it will take a mix of investments and solutions in order to manage long term.  As I wrote last week, a place to start is by examining our primary system, looking to reform our electoral process so that moderates have a stronger chance of being elected and winning re-election.

It's not just a problem in the Republican party, Democrats have also been purging moderates from their ranks, as two Pennsylvania primary races this past month underscore.  Many of the moderate "Blue Dog" Democrats that Rahm Emanuel in 2006 recruited and that enabled Democrats to win back the House that year, have either been bounced by primary challenges, decided not to seek re-election, or been defeated by Republican challengers in their swing districts.

Here's Charles Mantezian and Jim VandeHei reporting at Politico on several factors contributing to the ideological purge taking place within the Democrats' ranks in Congress.

“In light of what happened in Pennsylvania — you see a guy like Tim Holden lose a primary, who was very middle of the road, reasonable, worked with both sides. You see him losing a primary to someone who’s a good bit more liberal — I think we’re seeing this loss of the middle,” said former Rep. Michael Arcuri, a Blue Dog Democrat.

“It just leads me to believe that it’s going to be harder and harder to get things done. It’s not that you don’t have good people there that want to work together, it’s just that their views are so far apart.”

It’s not just the parties that are the problem. The interest groups aligned with them are also helping to eliminate the center by serving as enforcers of ideological orthodoxy.

“The well-financed ideological advocacy groups also compound the problem, so that when you have someone from a safe seat, they have to spend their time making certain they’re extreme enough to avoid a primary challenge,” said Earl Pomeroy, a former North Dakota Democratic congressman who lost in 2010. “Basically, in the political marketplace, the elevation of the value of inflexibility over getting things done has been a big negative. And it’s largely fueled by well-financed interest groups that can take someone out.”

In interviews with numerous public officials, they all concede it’s going to get worse — and their only hope is that this is cyclical and that voters will eventually demand a functional government.

Perhaps. But it’s just as likely the country will be locked in a period of extreme partisanship — and extreme volatility. Not long ago, the Democrats controlled the House for nearly a half-century. Now, control flips every few elections, as independents reject the status quo in search of something different. In a 50-50 country, with so few Senate seats and House seats authentically in play each election, independents seem to swing wildly from Democrats in 2008 to Republicans in 2010 to who-knows-who in 2012.

This has profound implications for governance. With rapid swings in control, it’s no longer safe to assume a new law will be the law of the land 24 months later. Think of the health care law or EPA regulations or Dodd-Frank. Democrats love all three. Republicans hate them.

More on Mann and Ornstein's "Blaming Republicans for Polarization" Thesis

The Psychology of Left and Right Perceptions of Media Bias