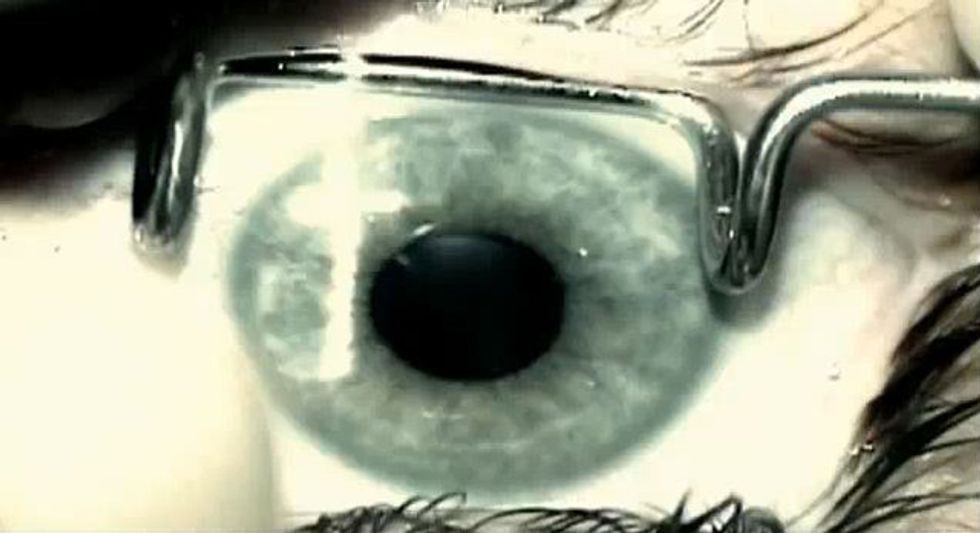 The interactive horror-themed websites Hotel626.com and Asylum626.com are the cornerstones of a complaint filed last week by a coalition of four consumer and privacy groups accusing PesiCo and its Frito-Lay subsidiary of “deceptive and unfair digital marketing practices.” The sites are interesting examples of the innovative methods of digital marketing -- as well as the potentially problematic practices surrounding digital marketing aimed at adolescents.

Hotel626, for example, is a multidimensional, online interactive game in which audiences have to solve puzzles to escape from the eponymous hotel inhabited by a demonic baby, a serial killer and a ghoulish maid.

Users “check in” to the hotel by registering their name and email address. They are encouraged to allow the game access to their webcams, microphones and cell phones to participate more deeply in the immersive experience. The more interactivity the user allows, the more intense the scares.

Its an advertisement for . . . Doritos snacks, to mark the fact that two flavors of potato chips were being, in words of an online trailer for the game, brought back from the dead. Asylum626.com, where users have to escape from a mental institution, is the sequel, and offers a more personalized game experience in exchange for users giving the game access to their social media networks.

At one stage in this game, for example, the site invites the user’s entire social network to “save” the player from being killed by shouting into their computer microphones or hitting keys on their keyboards --  in order to distract a murderer. In addition, the game automatically generates tweets designed to look like they came from the player. And, ultimately, users are required to buy a bag of the chips so they can use an infrared marker on the back of the packet to see the game’s ending.

The complaint, filed with the Federal Trade Commission (FTC) by the Center for Digital Democracy, Consumer Action, Consumer Watchdog and the Praxis Project, argues that PepsiCo and Frito-Lay violate federal trade law because the digital techniques are deceptive in that marketing is disguised as entertainment and a range of personal information is collected without meaningful notice or consent.

The complaint argues that teenagers are particularly susceptible to these techniques, because they “act impulsively,” are “easily influenced by peers, and engage in risk-taking behaviors without thinking of the consequences of their actions”.

I have used the sites as case studies in my Freshman "Understanding Media" class to analyze some of the methods of digital marketing. Where more traditional marketing is about storytelling, digital marketing emphasizes story building, offering users an attention-holding, interactive experience.

As an article in Fast Company by Danielle Sacks noted last year, digital marketing is “incremental, experimental, continually optimized – ‘perpetual beta’ – and never, ever finished”. (Incidentally, you can watch the agency that ultimately created the Doritos campaigns, Goodby Silverstein & Partners, explain the concept on their own site.)

It is the immersive experience offered by some digital campaigns, however, that are problematic for teenagers. As outlined by my colleague, Professor Kathryn Montgomery, Professor in the School of Communication at American University (who was part of the coalition that filed the FTC complaint):

Some of these techniques are unfair and deceptive and are purposely designed to operate under the radar of parents and policy makers.  Many of these campaigns are aggressively promoting fast foods, high-fat snacks, sugary soft drinks, and other unhealthy products to teenagers at a time when obesity among adolescents has reached epidemic proportions.

The FTC says it’s currently reviewing the complaint. Frito-Lay, as reported on the MSNBC blog The Bottom Line, said that the filing contains mischaracterizations and that PepsiCo and Frito-Lay are “committed to responsible and ethical marketing practices,” and that its marketing complies with applicable law and regulations.

-- For a copy of the FTC complaint, see the materials available via the Center for Digital Democracy.

-- Declan Fahy, PhD, is Assistant Professor in the School of Communication at American University, Washington, D.C., where teaches in the B.A. and M.A. programs in Journalism, the BA program in Communication Studies, and advises students in the Doctoral program in Media, Technology and Democracy.

Does God Talk + Theory of Everything + Self Promotion = Best-Seller?