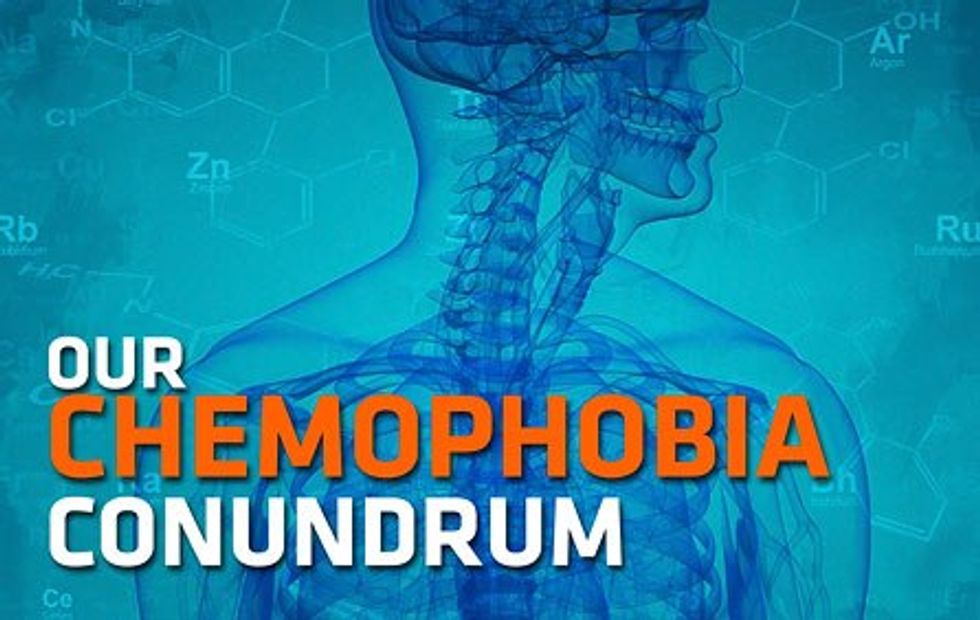 People are often scared of topics they do not understand, explain Matthew R. Hartings and Declan Fahy in their article “Communicating Chemistry for Public Engagement,” published at Nature Chemistry.  In the article, Deborah Blum, author of The Poisoner’s Handbook, is referenced as saying that she was advised not to include the word ‘chemistry’ in the title because having it on the cover would “tank sales,” according to the Penguin Group publishing team.

In reality, chemistry is not too difficult for the general public to understand, the field just has a stigma attached to it that scares people away, a phenomenon deemed “chemophobia” by chemist and popular science writer Pierre Laszlo.

In large part, this fear of chemistry in general results from a historically damaged reputation stemming from events such as the Bhopal disaster, Love Canal, and the pollution of the Rhine River in Germany

Communicating chemistry knowledge to the public does not mean sugar-coating past events and the risks related to a field, instead efforts at communication need to be done in a way that can engage the public without scaring them away.

The advent of new technologies and social media are making this somewhat easier to accomplish, as Geoff Brumfiel suggests in his much discussed news feature at the journal Nature, “Supplanting the Old Media.” This trend, however, brings up a whole new issue regarding the decline of science writing due to the prevalence of the web.

With ever-increasing access to the web, science blogging can achieve the difficult feat of communicating scientific knowledge to greater numbers of people, yet it may replace the need for professional science journalists.

According to Robert Lee Hotz, a science journalist for The Wall Street Journal, we are currently in somewhat of a “golden age” of communicating science to the public, yet he feels that blogs can't adequately “fulfill the additional roles of watchdog and critic that the traditional media at their best aim to fulfill.”

In other words, science blogs are great... but we could and should be doing something more to engage the public including thinking about new models for science journalism.

How to Engage with an Inattentive Public

Science blogging -- and to a greater extent science journalism -- can be an effective way to engage the public. However, just because scientific knowledge is being printed and published online does not necessarily mean that the content is being avidly consumed by the general population.

TV programs, online video, advertising, and other visual media are likely more effective at reaching otherwise unmotivated or inattentive audiences, especially if the presentation takes into account the background of the audience. As science communication researchers Dominique Brossard and Bruce Lewenstein write: “individuals do not simply respond as empty containers to information, but rather process information according to social and psychological schemas that have been shaped by their previous experiences, cultural context, and personal circumstances.”

Major corporations -- including oil companies -- have long understood this principle.

One obvious example of this process at work can be seen in British Petroleum’s public relations efforts following the Gulf Oil spill. At first, the company released commercials showing BP CEO Tony Hayward detailing recovery efforts and steps that were being taken to remedy the environmental damage from the oil spill. However, due to unsavory statements made by Hayward, in combination with the fact that he is from the UK and not from the U.S., the commercials were not well-received by the American public.

So BP changed their strategy and began airing commercials featuring local Gulf residents. With this added contextualization, the commercials were received more favorably by the public, leading to increased awareness of the measures being taken by the company to remedy the damage caused by the spill.  You can watch one of the first of these commercials below followed by the most recent that features Gulf residents touting the restored region as a place for tourism.

--Guest post by Becca Stern, a student in American University's course on Science, the Environment, and the Media.  Find out more about the MA programs in Public Communication and Political Communication as well as the Doctoral program in Communication.