Kony 2012: A Revolution in Social Campaigns? 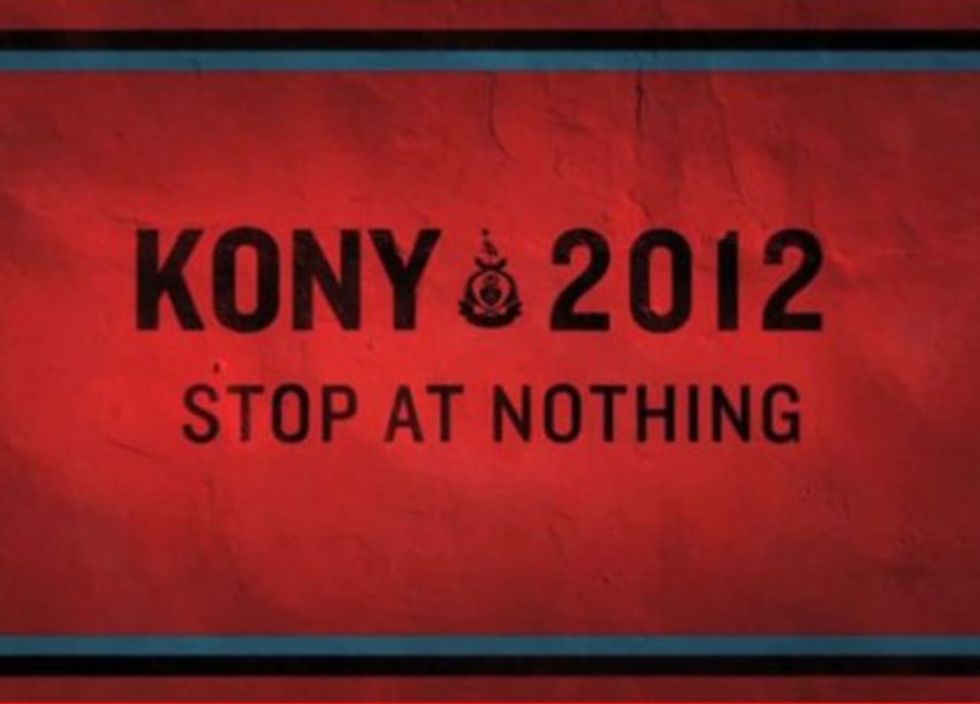 “For the first time in history, the people of the world can see each other and want to protect each other. This changes everything.”

If you haven’t heard this quote by now, you may be in the minority. Excerpted from the viral documentary, Kony 2012, this is an idea that far transcends one lone social movement. It is a testament to an increasingly technological, global environment that has reinvented the wheel for social change campaigns. It is evidence of the power of social media in creating a “Global Village” that is impactful for social justice all around the world. In short, it is proof that the world as we knew it has been changed forever.

Since its release on March 5, Kony 2012 has received a record-breaking number of views on YouTube as well as Vimeo. In just six days, the 30-minute video received over 100 million hits, which to date makes it the most viral video of all time. They currently have over 3.5 million pledges and a sold out inventory, which is confirmation that their message has been well received. This popularity and effectiveness at getting people to take action, however, has not been met by everyone with open arms.

In their investigation of the Kony 2012 phenomenon, the Pew Internet and American Life Project reported a number of differing views on the strategies used by the Kony 2012 creators, Invisible Children. One of the most prevalent criticisms is their oversimplification of the issue. As with most political human rights issues there are a number of complex and intertwined factors that are at stake. Oversimplifying and not taking all of these factors into consideration leads to a concern (for some) that deceptive framing could take place. According to a researcher at Harvard’s Berkman Center for Internet and Society, Ethan Zuckerman, these simple narratives can actually cause damage.

None of Kony 2012’s critics are denying that simple messages work. It is well documented that they do. Rather, their concern is that the simplicity of this particular narrative does not provide its audience with the tools to make a real difference. Some have even pointed to the campaign as slacktivism, which refers to individuals who support an issue or cause by participating superficially and never truly devoting themselves to making a change.

Due to its simple message and even simpler way to take action, there is no doubt that a certain level of slacktivism is a possibility and probably even a reality for the Kony 2012 campaign. Similarly, some may even suffer from single action bias whereby their single deed of purchasing the action kit is enough to satiate their desire to help.  After which they promptly move on.

Are these criticisms valid? Absolutely. Should they be considered when evaluating the effectiveness of this campaign? No doubt. But let’s not throw the baby out with the bathwater.

Consider for a moment that the filmmakers at Invisible Children created a narrative that encompassed the entire northern Uganda situation. This narrative would spotlight a variety of injustices that extend far beyond Kony and the LRA. It would depict a grave and seemingly insurmountable problem of which no one individual can make a difference. In other words, it would create what Paul Slovic describes as psychic numbing.

In essence, psychic numbing refers to an individual’s tendency to withdraw from issues that are overwhelming or appear to be unsolvable. Had Invisible Children tried to tackle the entire Ugandan issue in one 30-minute documentary, it would have been nearly overpowering. Its viewers, though emotionally triggered by the devastation of the situation, would feel disempowered to do anything about it. As Slovic’s fitting quote from Mother Theresa articulates: “If I look at the mass I will never act. If I look at the one, I will.”

The complexity of the situation is without a doubt important to understanding the issue. That said, all education has to start somewhere. Perhaps the Kony 2012 narrative does not provide a holistic view of situation in northern Uganda, but what it does provide is a trigger for an individual’s knowledge gap, which can be used to stimulate additional information seeking according to Heath & Heath. It provides a simple, concrete example of the destruction of Kony’s regime all the while piquing interest in other parts of the issue. It is not meant as an education campaign, but rather an awareness campaign.

Though the campaign’s “Cover the Night” street initiative was less than successful, there’s one fact that no one can deny: Kony 2012 was a viral sensation.* It not only brought attention to the “bad guy” but also brought attention to the power individuals have in today’s society. The advent of social media has brought individuals on a global scale closer than ever before. It has provided a platform through which shared understanding is possible and information is no longer constricted by a relative few.

Kony 2012 wasn’t the first social movement to utilize social media and they certainly won’t be the last. The documentary did, however, pinpoint the importance of our changing environment and what it means for social injustice. It has also brought to light the power of younger generations and their ability to harness new media technologies for efforts toward social change. If nothing else, the filmmakers at Invisible Children showed the rest of the world that social media and its users are a force to be reckoned with.

* Why Cover the Night largely failed to happen is an important unanswered question. Readers are encouraged to reply with their analysis of why people attended to this campaign in large numbers, but for the most part choose not to participate in the recommended manner.

--Tina Cipara is a recent graduate of the MA in Communication program at George Mason University. Her research interests include strategic communication and social change campaigns, the nexus of social media and co-creational public relations, and cultural implications of technology policy.