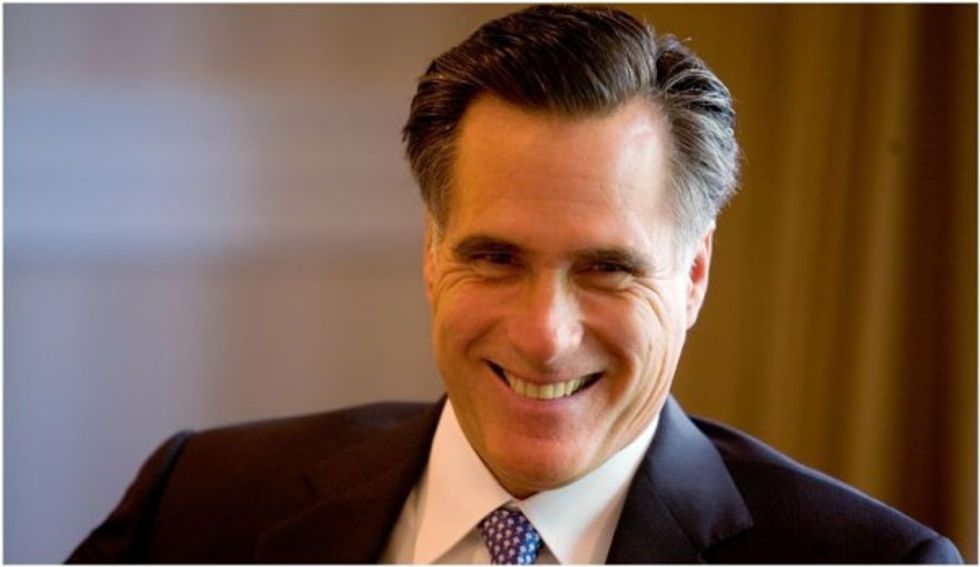 Environmental groups and climate activists have been harshly critical of Mitt Romney's unfortunate backtracking on climate science and his commitment to policy action. Much of the criticism has argued that Romney has caved to pressure from GOP donors and activists.

Yet in a strange twist revealed in Federal Election filings, Julian Robertson as the largest individual donor to Mitt Romney's super PAC Restore Our Future ($1.3 million) is also notable for being the biggest mega-donor behind the environmental movement's efforts to pass cap and trade legislation.

As I detailed in last year's Climate Shift report, Robertson, who has a net worth of $2.2 billion, gave the Environmental Defense Fund more than $40 million between 2005 and 2009 to support the group’s efforts to pass cap and trade legislation, accounting for almost one-third of the $144 million that EDF spent on climate change during the period. [These figures are from reporting by former journalist Eric Pooley, who is now VP for communications at EDF.]

To place these sums in context, Robertson's support for EDF is equivalent to the combined total given by Koch-affiliated foundations and ExxonMobil to conservative groups opposing action on climate change during the same period.

Robertson's support for Romney's super PAC is revealed in a front page story at the Washington Post today by Dan Eggan and T.W. Farnum.

Roberston and other super PAC donors are described as  "a rarefied group of millionaires and billionaires acting as kingmakers in the GOP contest, often helping to decide, with a simple transfer of money, which candidate might survive another day."  As an individual contributor to Restore Our Future, Robertson's $1.3 million ranks only behind the $2.2 million given by companies with ties to cosmetics titan Steven Lund, according to the Post.

If for some climate advocates the influence of money in politics does not give pause, then such advocates can hope that Robertson will use his access and influence with the Romney team to shift the candidate's position on climate change should Romney win the GOP nomination, and especially if he makes it to the White House. Indeed, if Romney does capture the White House, Robertson's position on the Board of Trustees at EDF should give the organization significant access to the Oval Office.

Earlier this month, Bryan Walsh of Time magazine reported that between 2007 and 2010 the Sierra Club accepted over $25 million in donations from Aubrey McClendon, CEO of Chesapeake Energy, a firm heavily involved in natural gas fracking. The money was to support the Sierra Club's battle to close down and limit coal fired power plants, a contribution that Sierra now publicly regrets. For more, see also reporting by Juliet Eilperin at the Washington Post.

“EDF is grateful to Julian Robertson for the support that he has given our organization,” said Eric Pooley, senior vice president for strategy and communications with EDF. He noted that the nonprofit group cannot support individual candidates but that “our supporters are certainly free to.”

UPDATE 2: In another follow up story, Politico's Darren Samuelsohn reports that Robertson has given a total of $60 million to EDF. The article quotes Robertson spokesperson Fraser Seitel:

“The reasons he’s supporting Romney are very simple,” Seitel said. “In his view, Romney is smart enough, moral enough and fit enough to run the country.” “In terms of the environment and climate-change controls, which he does believe is one of the most important issues the country and the world faces, he has confidence that Romney, once he’s in there, will do the right thing,” Seitel added.