Be Strident, Hitchens Tells Dawkins in His Final Interview 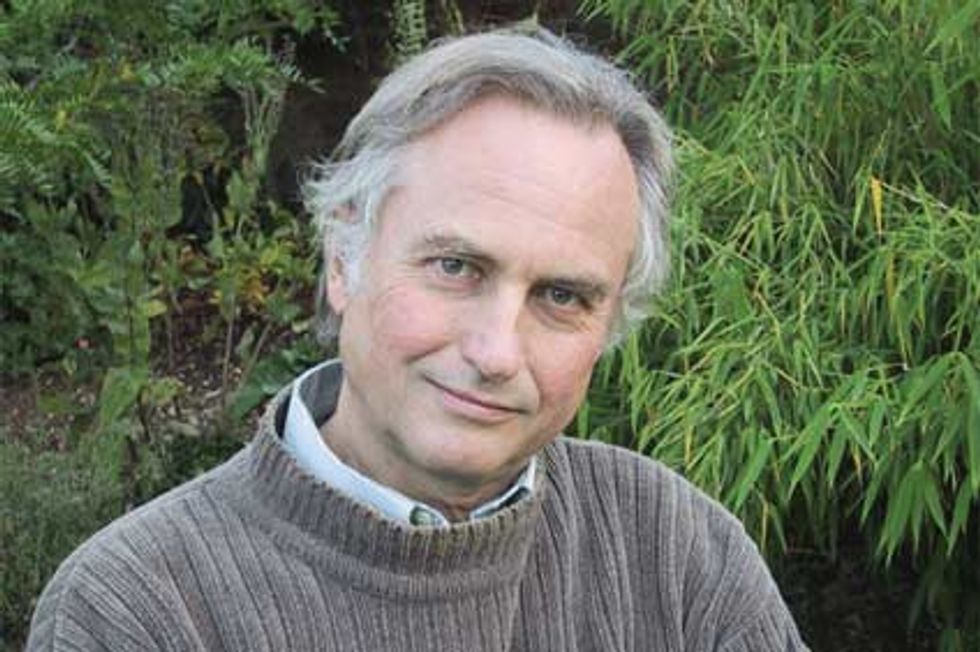 Richard Dawkins guest-edited the Christmas edition of British left-wing politics and culture magazine The New Statesman -- and it contains an interview he conducted with his fellow anti-theist Christopher Hitchens, the writer’s last interview before he died of pneumonia, a complication of his oesophageal cancer. At 5,264 words, it’s a long, but riveting read. (There’s an excerpt at the magazine’s website.)

A criticism of Dawkins’s public work is that he has been a strident, sharp-tongued advocate for evolution, but Hitchens said the scientist should never be afraid of that label.

He told Dawkins in the interview: “You have a discipline in which you are very distinguished. You've educated a lot of people; nobody denies that, not even your worst enemies. You see your discipline being attacked and defamed and attempts made to drive it out.

“Stridency is the least you should muster . . . It's the shame of your colleagues that they don't form ranks and say, ‘Listen, we're going to defend our colleagues from these appalling and obfuscating elements.’”

Taking evolutionary science as the discipline Hitchens refers to, this approach of closing ranks to publicly defend evolution is problematic in terms of communication, as such public debates are often concerned, not only with facts, but values. Furthermore, Dawkins -- as a long-time public defender and explainer of evolution -- understood some of the difficulties involved in the public defense of evolution.

In an unfinished correspondence with the late Harvard paleontologist Stephen Jay Gould, Dawkins described how the two scientists were planning to publish a co-authored letter to the New York Review of Books advising other evolutionary scientists not to debate in public intelligent design advocates.

Dawkins wrote to Gould, in the correspondence printed in his book A Devil’s Chaplain: “These people have no hope of convincing reputable scientists by their ridiculous arguments. Instead, what they seek is the oxygen of respectability. We give them this oxygen by the mere act of ENGAGING with them at all.”

Elsewhere in The New Statesman special issue, Dawkins contributed an editorial on faith schools in the UK, as well as an essay -- titled “The tyranny of the discontinuous mind” -- on the distortion caused by viewing the world only in absolutes, in which he discusses abortion, evolution and race.

This focus on seeing parts of the world in shades of gray, rather than black and white, may strike some seasoned Dawkins-watchers as surprising (given the criticisms of his stridency), but the article is as provocative and lucid as the best of his writing.

There are also contributions in the special issue from some of Dawkins’s long-time colleagues who write about the nexus between science, evolution, and religion, including philosopher Daniel Dennett, author and scientist Sam Harris. The issue itself should eventually be an interesting artifact of cultural history, not only because it published the final interview with Hitchens, but because it gathered in one place many of Dawkins’s preoccupations, featuring contributions from the collective of intellectuals whose thinking he influenced and who, in turn, impacted his own work.

--Declan Fahy is Assistant Professor at the School of Communication, American University, Washington, DC. Read other posts by Fahy and fine out more about the MA program in Journalism and Public Affairs and the doctoral program in Communication at American.