As the Love Affair with Genetics and Stem Cell Research Ends, More Hype To Come? 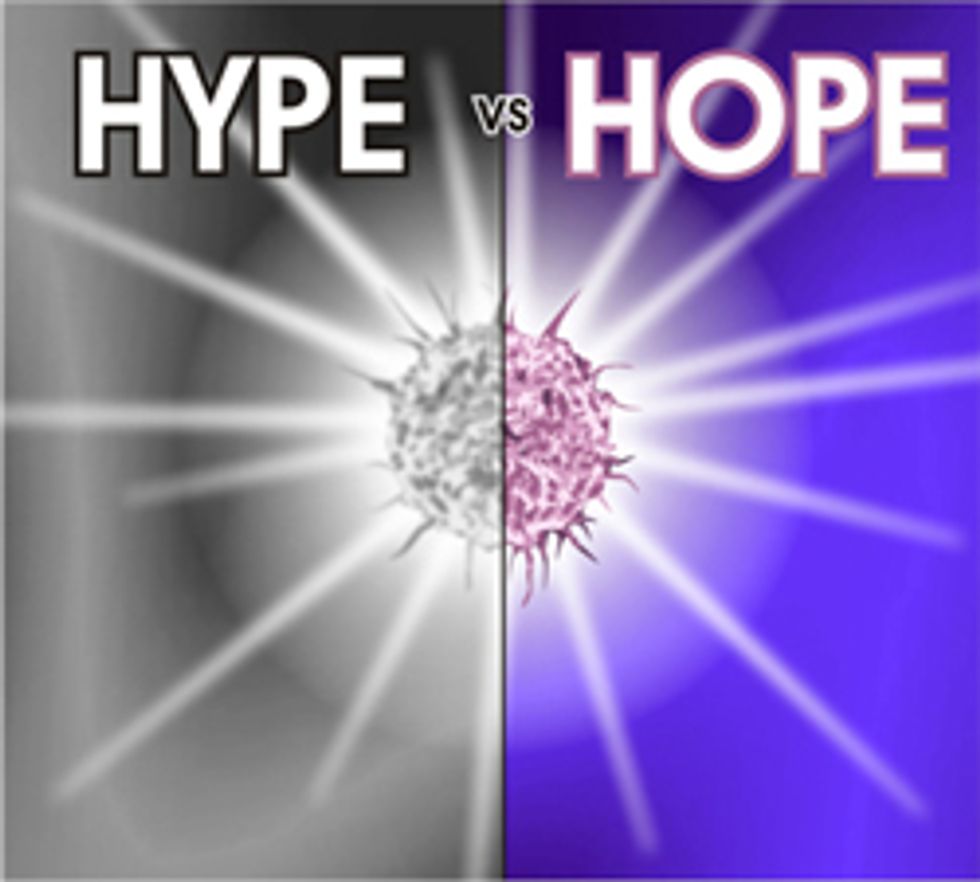 At Canada's Globe and Mail today, University of Alberta professor of law Tim Caulfield observes that North American culture appears to have lost its infatuation with genetics and stem cell research. As he writes:

It is not that genetics and stem cell research haven’t delivered. They have, at least from a scientific and technical perspective. But they haven’t delivered big from a clinical and economic perspective and that was the public promise: new therapies and fuel for economic growth.

To date, there are no revolutionizing medical breakthroughs, few highly predictive genetic tests for common diseases, no transforming and widely applicable regenerative therapies and almost no wealth-promoting products. Some of these may arrive one day. I sincerely hope so. But for this to happen quickly would be an exception to the general rule that science, particularly the biosciences, moves forward by way of tiny, unsteady and (often necessarily retraced and highly regulated) steps.

Moreover, as governments like Canada's shift towards promoting greater commercialization and privatization of university-based research, we can expect a new cycle of hype around genetics and stem cell research.  At risk, however, is public trust, writes Caulfield:

In an increasingly knowledge-based economy, this push to position government-funded research as an engine of economic growth may seem logical. But there are innumerable problems with this commercialization strategy, beyond the reality that it is unclear how areas such as stem cell research and genetics will generate billions in profits.

First, in addition to all the well-documented social issues associated with industry/researcher collaborations and commercialization pressure – biased results, reduced researcher collaborations, data withholding and the potential for the premature and possibly harmful application of technologies – the emphasis on economics will inevitably lead to more of the kind of hype and overly optimistic predictions described above. When research funding is conditional on the potential for economic growth and rapid translation, the research community will find ways to promise economic growth and rapid translation.

Second, as more and more of the publicly funded research community becomes associated with this commercialization agenda, it will become increasingly difficult to find truly independent voices to critique the hype and calibrate expectations. The best science is dispassionate, independent and objective. The promised pursuit of profits is one of the surest ways to erode these qualities.

Third, it will reduce public trust in the science and the scientific community. Our research team recently completed a survey of more than 1,200 Albertans. We found university researchers funded by government to be among the most trusted. But that trust erodes significantly when those same researchers receive funds from industry.

Caulfield will be speaking at American University at 2pm on Wednesday, April 25, discussing his new book "The Cure for Everything," evaluating health claims ranging from diet and fitness to alternative therapies and personal genomics.