A Dangerous Method: Jung, Freud, and the Pursuit of Scientific Legitimacy 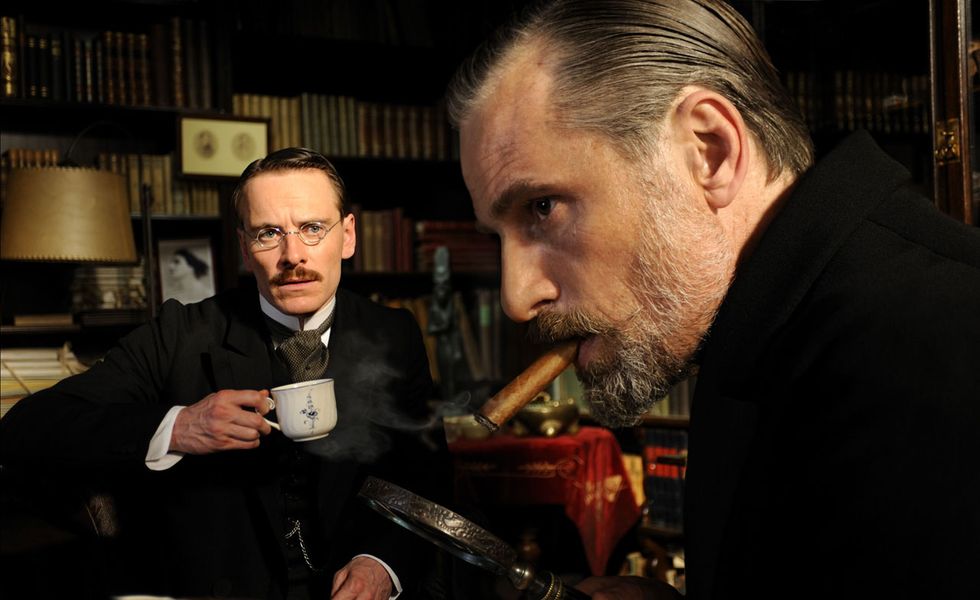 Writer David Milch, a creator of NYPD Blue and Deadwood, was quoted in a talk by author Michael Crichton as saying that the scientific method was antithetical to storytelling. The point was that that the painstaking process of data-collection, theorizing and analysis was just too slow to make for a compelling narrative, especially on screen.

But A Dangerous Method, a film about the beginnings of a radical new way of addressing emotional crises that went on to be known as psychoanalysis, makes the scientific method a central part of its compelling narrative.

The movie, directed by David Cronenberg, focuses on the complex relationship between Sigmund Freud and Carl Jung as they developed their path-breaking original theories in Europe in the early decades of the twentieth century.

And some of the most interesting parts of the film were its depictions of the application of Freud’s new “talking cure” and the ways in which psychoanalysis sought scientific legitimacy.

The film’s opening sequence shows how this novel treatment was applied, as Jung sits behind and listens to the verbalized, anguished feelings of 18 year-old woman Sabina Spielrein, who was admitted in 1904 to Jung’s Burgholzli clinic in Zurich suffering from hysteria.

The new method is shown to gradually liberate her mind and awaken her interest in psychiatry. (Though Terrence Rafferty in The New York Times argued that the film was another problematic example of movies that examined the psychology of women, rather than men).

In another scene, as part of her therapy, Jung recruits Spielrein to assist him in evaluating the free associations of his wife, as he reads her a series of words.  See clip below.

As well as showing Jung attempt to apply the scientific method to his work, the film’s smart dialogue shows how the theoretical basis of the new field developed. One of the best scenes is the initial intense meeting between Freud and Jung that began with a frank discussion of psychoanalytic terminology at the dinner table and continued for 13 hours, as their views were refined, questioned, and sharpened.

The two men are now iconic figures in the intellectual history of psychiatry, but the film excellently presents the early stages of their work, when neither is sure what would happen to their work next. As Freud told Jung, comparing himself to Christopher Columbus: “I've set my feet on the shore and the country exists.”

Portrayed as a carefully-analytical logician, Freud initially saw Jung as his intellectual heir. But, concerned with keeping the field’s development within the boundaries of what his contemporary critics would deem scientific, he despaired at Jung’s interest in the mystical and metaphysical. As their intellectual paths diverged, their relationship soured, as each attempted to claim authority within the field for their viewpoints.

Psychoanalysis has a contentious status as a contemporary science, but it is nevertheless embedded in the intellectual history of the west, and one of this movie’s strengths is its vivid dramatization of the critical years in which the field originated. Psychoanalysis did not just emerge fully-formed. It was developed in distinct historical situations by flesh-and-blood humans, battling for status, wealth and influence.

A Dangerous Method is an example of how the scientific method is not antithetical to storytelling. Similarly, in 2002 PBS made a film version of Michael Frayn’s play Copenhagen, which presented a dramatization of the development of quantum theory. But apart from these, what other movies successfully depicted the origins of a field of science, as well as explaining its methods and impacts? Is it that difficult to do?

--Declan Fahy is Assistant Professor at the School of Communication, American University, Washington, DC. Read other posts by Fahy and find out more about the MA program in Journalism and Public Affairs and the doctoral program in Communication at American.