You solve nothing by demanding them to be silent 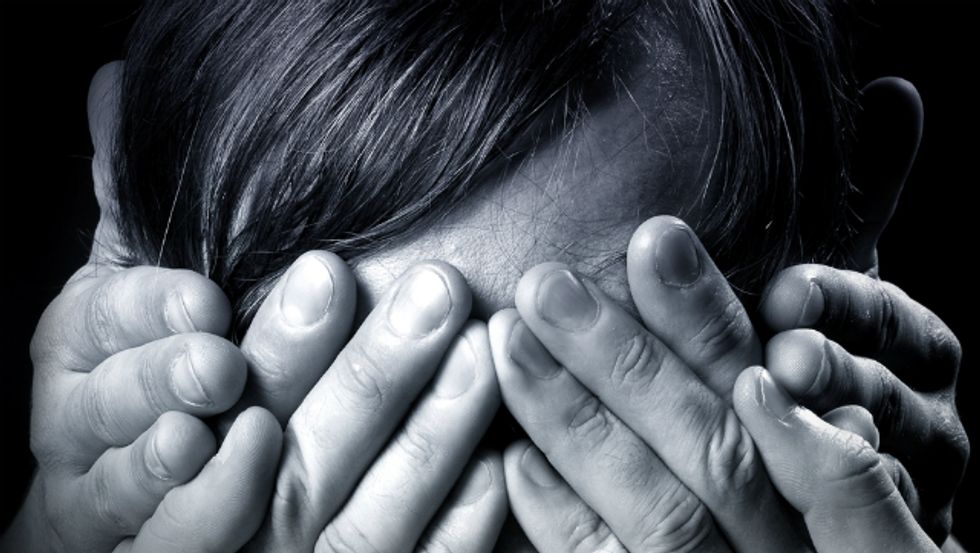 “Gareth Jones, a well-regarded bioethicist at the University of Otago Bioethics Centre, published a piece in the New Zealand Medical Journal …The article… defends prenatal screening for Down Syndrome. They defend essentially the introduction of Non-Invasive Prenatal Diagnosis (NIPD) instead of a more invasive technique that is currently used. The piece, by any stretch of the imagination, is uncontroversial. All that Cole and Jones point out is that as a society New Zealand is at ease with prenatal testing for Down Syndrome. Testing enables pregnant women to make reproductive choices according to best clinical information and according to their own reflective values. Enabling them to do this earlier on during pregnancy, courtesy of technological advances, seems a no-brainer.”

Jones states correctly: “we accept that in some cases, the perceived disadvantages resulting from a Down syndrome pregnancy (to child and family) may outweigh the perceived good from the child’s life.”

The factories of outrage

An academic has said something that offended some other people. Cue the outrage factory, the roads of conversation blocked by shouty entitlement of “being offended”, of ugly caricature calling itself the original argument (they want to kill babies!).

There's a core of our species and, indeed, of ourselves, that appears to hate those who hold alternate views. What we see is not passion but ignorance and bullying: those who would assert that the empty picture-frames they clutch so tightly in fact hold artworks are not worth listening to. Through these frames, they can picture whatever they like, but we have no reason to agree.

Yet this is precisely what occurs when people demand that those who espouse different views – sure, somewhat controversial views – be silent. They want you to see things the way they do; they want everything to fit within the narrow brackets of their complacency. No matter how contorted the end result, as long as things fit, they are worth retaining.

But reality doesn’t bend and fold to our wants. Asking questions, probing the world, is how we’ve progressed: living longer, healthier, providing more freedom and agency to those once thought unworthy of sharing our world.

When stories arise of academics asking questions – not making Nazi-like demands – who are silenced merely for making uncomfortable arguments (or even just highlighting what already happens), we as a collective whole must recoil from these bullies.

The (non) benefits of censoring

There are several reasons why, if you disagree – even passionately – with someone you shouldn’t reach for the gag. But these should be restated.

Reasonable counter-arguments matter more than the size of your pulpit: You show yourself up as lacking in the debate if all you can muster is a demand for censoring or silence. If someone claims I am actually a baby-killing, Muslim extremist (something I have been accused of), I assume people can read my writings to determine the veracity of such a claim. Indeed, I’m not even going to say whether it’s true or not: the point being, I’m not going to silence that person*.

I’d hope people care more about seeing why someone is wrong than how impressive the size of my gag-order, legal aid, etc., is.

You cripple education and are being selfish: If you really do have a reason why someone’s arguments are wrong, I want to know why. I do not wish to continue agreeing with someone merely because she presented arguments and evidence if better arguments and better evidence exists which undermines her claim.

You are doing me, as a reader, a disservice since you are preventing me from learning: and if you are not interested in providing knowledge or thought, then why should anyone listen to you? If you do not have a proper counter or better evidence, then what use will mere assertion or silencing have, if not to make me suspicious that your ability is nothing but a childish foot-stomping?

Whether to abort a potential child with a disability is an important discussion: no one is disputing that. However, to silence one side is surely placing your level of comfort above concluding the morally right action, which has potentially live-changing consequences for people. Instead, the bullying serves only you and those who rabidly agree with you: it does nothing for the thing you’re supposed to care about, namely the morally right action in the case your defending so destructively.

Those who clutch a topic so passionately they want all others silent are the same as small children who smother a cute pet to death. Don’t be those. If you genuinely care about the topic, then recognise your comfort shouldn’t be the dominant factor of what can and cannot be discussed.

*I can already predict that people will equate disabling comments with silencing. Such people, as I indicated in my post on disabling comments, forget they have the entire Internet at their disposal to say whatever they want about me. Believe me: many use it. And not even in interesting ways. My contact details are readily available and I’ve made no secret of my Twitter existence.