Why critics shouldn’t (just) be fans 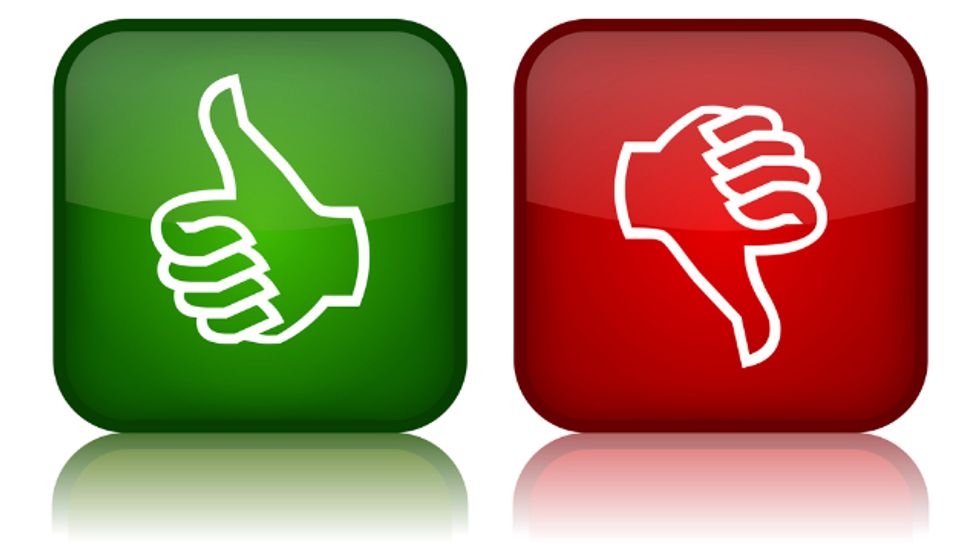 The nicest response to a critic who gives a product (particularly films, games, comics, etc.) a low score is fans’ insistence that the critic is wrong. Of course, many fans will simply refuse to acknowledge any value in criticism, viewing every piece that doesn’t praise their love (this film, this comic, etc.) to the same degree as an all out “attack” – and when someone attacks things we love, we naturally let fly our wrath, not caring that we look foolish, might harm unnecessarily, and so on.

Passion is a wonderful thing in some cases, but it can lead to sanctifying the target of love, viewing it as eternally perfect. Any derivatives or changes are considered scratches and scars, not improvements or examples of inspiration or expression.

Look at many fans' reactions to Ben Affleck’s casting as Batman before he’s even done anything. The thinking is: He’s not the way I think Batman should be (or rather as he exists in my imagination) and therefore this is an insult!

I regard Watchmen as one of the greatest works of literature; yet fans who share my passion for the book loathed the changes and liberties taken in the big-budget film.

We’ve already seen death threats as a part of some fans’ arsenal, aiming it at critics and even actresses who play roles we don’t particularly like.

Fans also hated the film World War Z, which shared nothing but the title with the incredible book it’s based on. Over at LitReactor, Christopher Shultz wrote a post titled “Book vs Film: World War Z”, where he pits the two different mediums against each other.

There’s a number of issues to tease apart, though.

Criticism seems, for many people, to be the same as hate, snark, dismissal and so forth. Of course, criticism can constitute these things – especially when we apply them to people.

However, in talking about criticism of creative things, we ought to consider criticism as what arises from a reflective, considerate assessment by those (hopefully more) knowledgeable about the subject.

In the New Yorker, perhaps the most prestigious criticism magazine, Daniel Mendelsohn wrote “A Critics Manifesto”, saying of great critics of the past that “Even when you disagreed with them, their judgments had authority, because they were grounded in something more concrete, more available to other people, than ‘feelings’ or ‘impressions.’”

Certainly many people struggle to properly articulate their reasons for liking or not liking a film, book, etc.; but that’s exactly why, for example, the New Yorker isn’t paying for their writing. Just as I don’t expect New Scientist to pay for my thoughts on space, so we shouldn’t expect magazine and websites to employ or publish unqualified critics.

Another critic, Tom Payne (not to be confused with the incredible author of The Age of Reason), wrote in the Telegraph:

We need to remember that reviewers, however valuable their opinions, are in the business, too, of assessing and relaying information. And “a very highly developed sense of fact” is just what TS Eliot said a critic needs.

Why would you want to read someone who has the same depth of knowledge and application of thought as yourself? Then, you’d be reading the equivalent of a personal diary, not the informative work of someone who has dedicated more time and thinking to what you both love.

Perhaps it’s hard to admit that our love for something doesn’t match our knowledge of it. We might feel offended that someone has not only dedicated more time and thought to what we love, but has come away without the same level of adoration; perhaps we feel slightly stupid, doubtful of our judgements when someone obviously more qualified has arrived at a different, or less adoring, conclusion.

But as Mendelsohn highlights, there’s something to be said about a critic who disagrees with us.

Second, what makes creative enterprises fascinating is not merely the thing itself, but the conversation it begins. How boring would our discussions be if we all agreed about everything ever made; how shallow would our art and games and films and novels be if we never discussed how previous great works could be improved? If we never fought over what was terrible and brilliant?

There’s little doubt that defensiveness is on display in the examples listed above, about Batman, Ben Affleck, and so on.

However, to some degree, we are still welcome to love and adore to whatever degree we wish; critics aren’t superheroes who can shoot out magic bullets to destroy what you love. No one is taking away your favourite game or hero or film. It’s there still (assuming it's made).

Second, they aren’t shooting out psychic energy to make you feel good or bad or guilty for liking it. We’re adults, capable of rational engagement, able to manage what we want to engage in and capable of ignoring what we wish.

It helps no one and only creates the impression that fans aare immature, whining children from an outsider’s perspective; it creates a toxic environment in which dissension is viewed as deserving hatred.

Things aren't frozen, yet the sacred coating fans give do exactly that. It forces only one view of a particular entity, not allowing alternate perspectives - which, whether better or worse,  can be engaged with, without knee-jerk hate or vitriol.

Consider Shultz’s piece where he pits the book versus the film of World War Z.

The problem is that entire article is pointless (the article is worth reading for info, but my argument is broader): Why are we pitting two completely different things against each other? We know that the book and film share almost nothing, except the title. It’s a generic, smart zombie film and we should judge it according to other zombie films.

M. Night Shyamalan’s last film may be awful, taking from the brilliant cartoon series Avatar: The Last Airbender – but those of us who love the franchise still have the entire Nickelodeon series, unpolluted and untouched by Shyamalan. He’s not ruined the franchise – he’s ruined his own reputation and film.

All of this is part of fans’ sanctification of their loves. Poison is not just constituted only by particular ingredients, but also excessive ingestion of usually non-poisonous substances: for example, water.  Similarly, “too much” passion and love leads people to view their beloved things as untouchable. This can have a terrible effect, as we see everyday (think evangelism or fundamentalism).

We need to start recognising that loving is not incompatible with criticism – who we are and what we create is not perfect and criticism acknowledges this. Progress is made by filling the cracks of things we’ve previously examined and thought could be improved upon. We hinder this process by insisting our loves are perfect, that none may touch or alter or view it differently.

We must remember the creative process matters more than any one example or product of it. With this in mind, we can hopefully create better environments and discussions about our passions (which, we should note, includes how we love or hate our fellow humans).